The end of the school year always feels like a mad dash to the end. There are so many performances, projects, field trips and parties to cram in.

Blake’s big end of the year project was to make 50 items to sell at his class’s student store. Each student was given fake money to purchase items made by other students. Blake decided to make 50 fidget spinners out of LEGO bricks. We filled up a cup with supplies at The LEGO Store in between Nash’s baseball game and Crew getting sent to the ER for his foot infection. Blake and I assembled all 50 fidget spinners in between trips to the hospital. Moral of the story: we should not have procrastinated this project till the day before it was due. 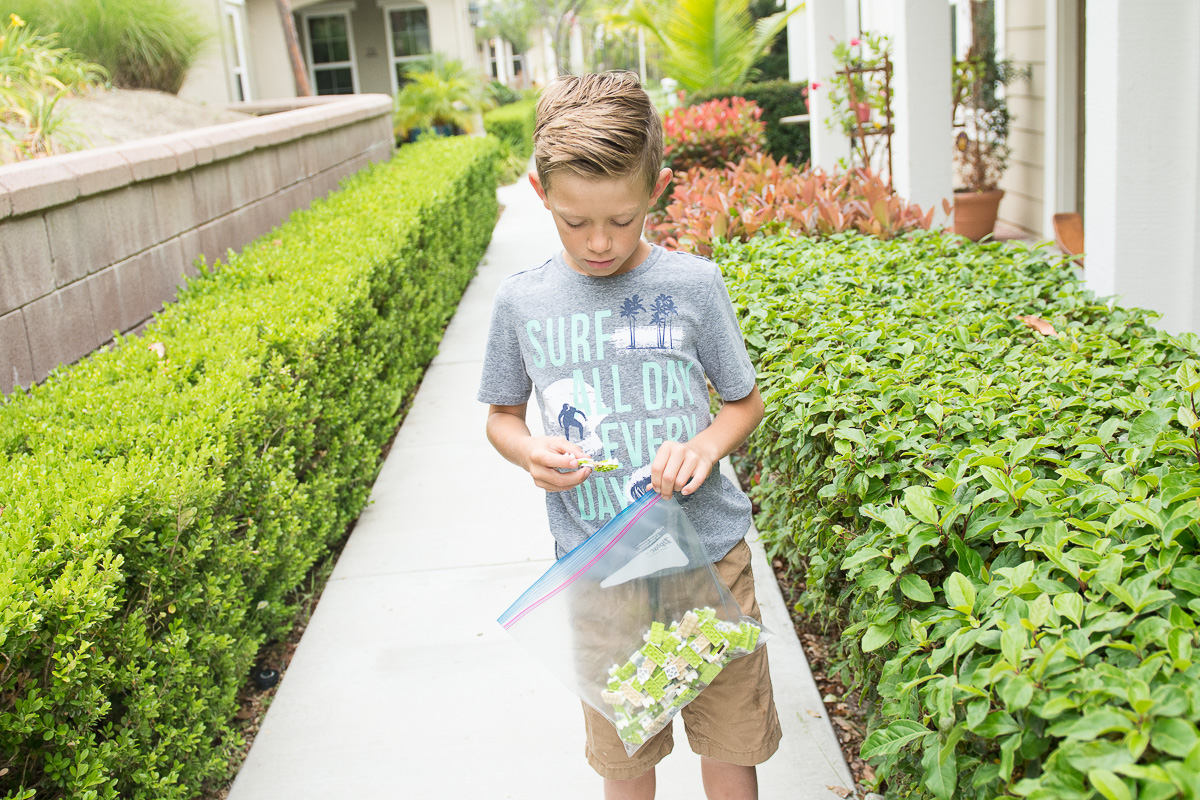 Blake reported that the fidget spinners were a hit; so much so that he raised the price during the course of the student store. What an entrepreneur! 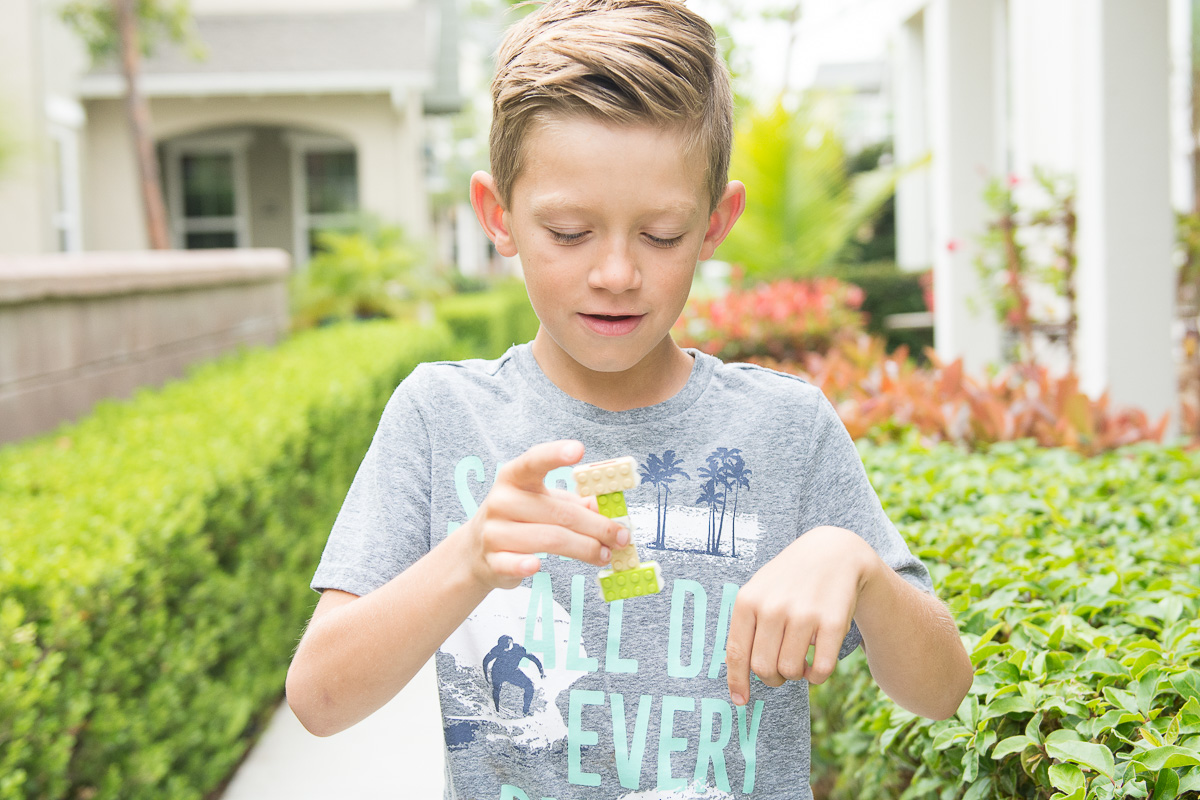 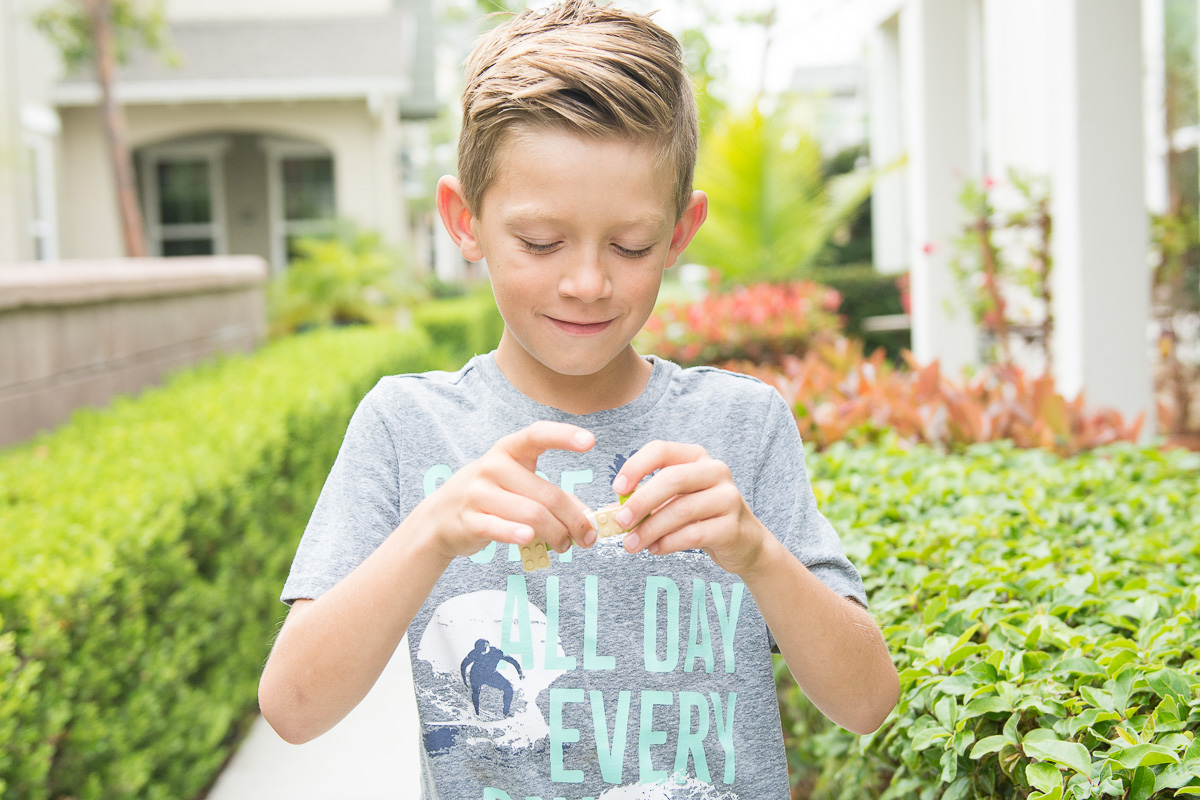 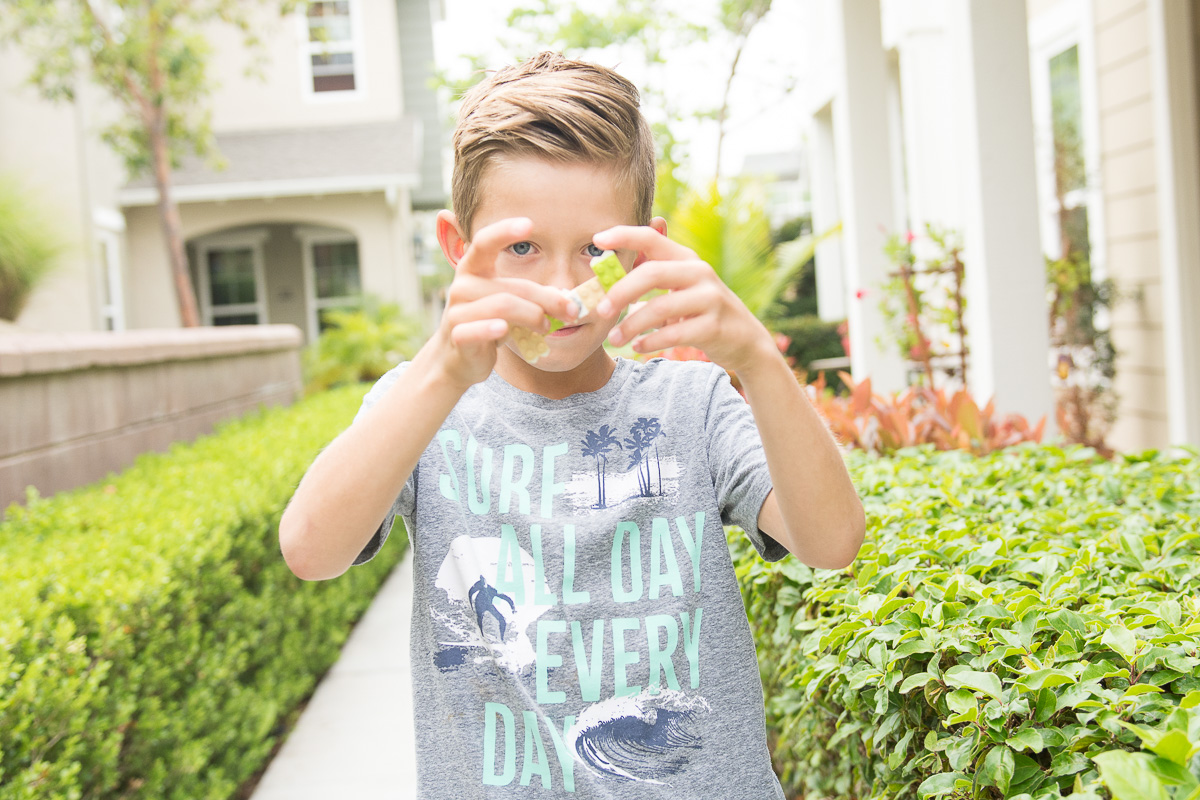 Crew’s preschool group took an end of the school year trip to SeaWorld. With $6 admission prices, I decided to pull the older boys out of school and take them along as well. 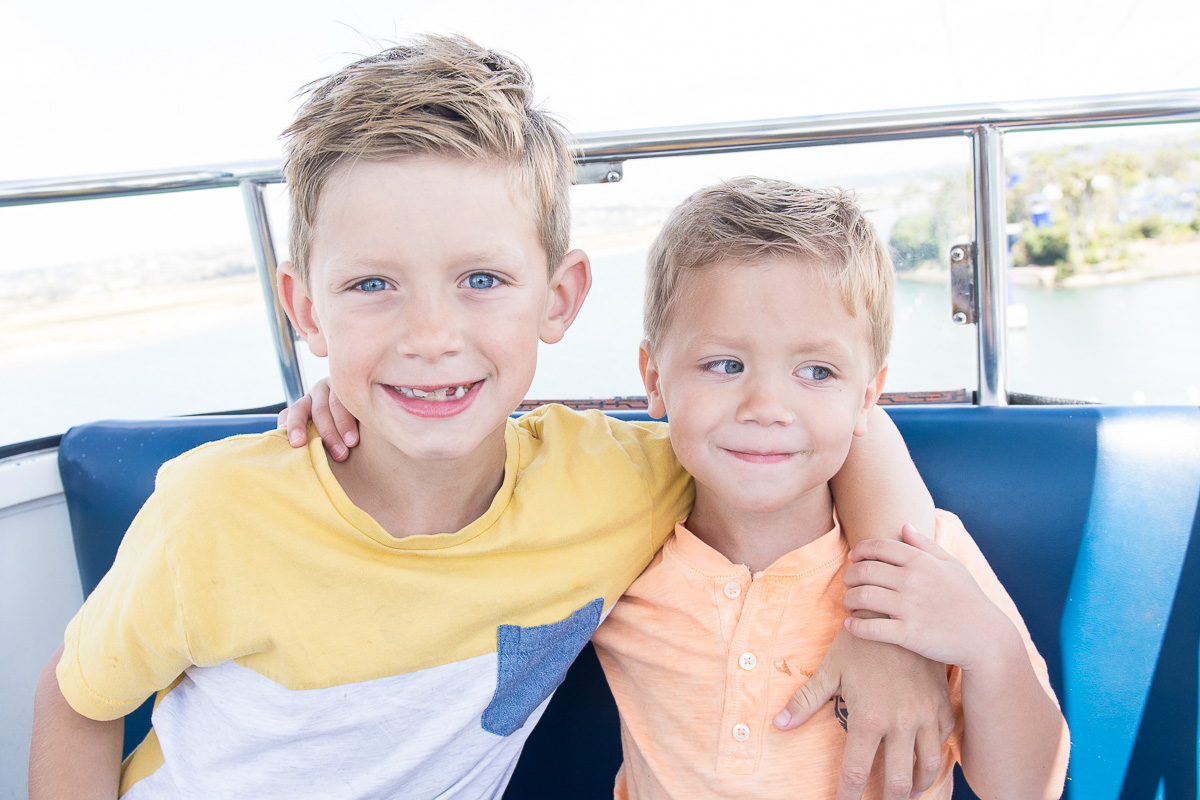 It was a little nuts keeping everyone happy and together in unfamiliar territory (we usually don’t venture outside of Disneyland). I threatened to leave the park multiple times and when we did leave we were dripping wet after riding on some water rides. Despite the frequent want-to-pull-my-hair-out moments, I think we had fun watching the dolphins and whales. Finn especially liked the Bayside Skyride, which was the only moment I felt like capturing the whole day. 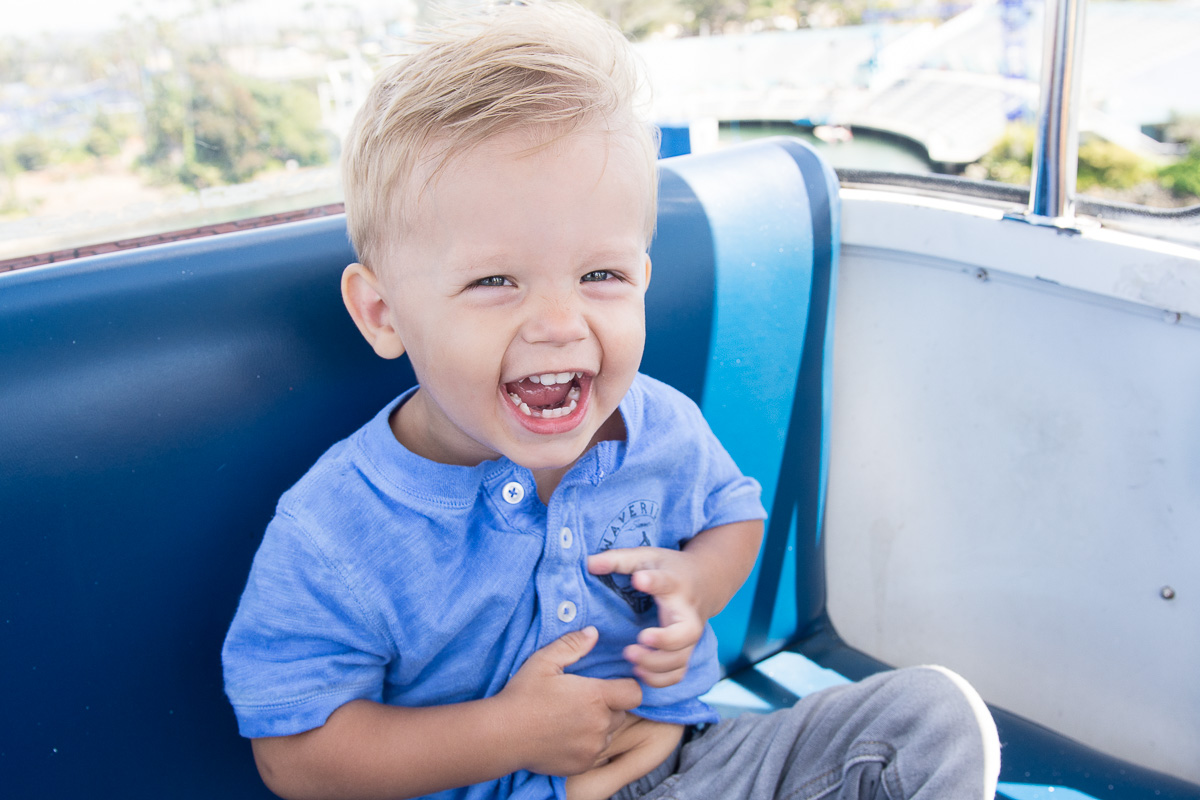 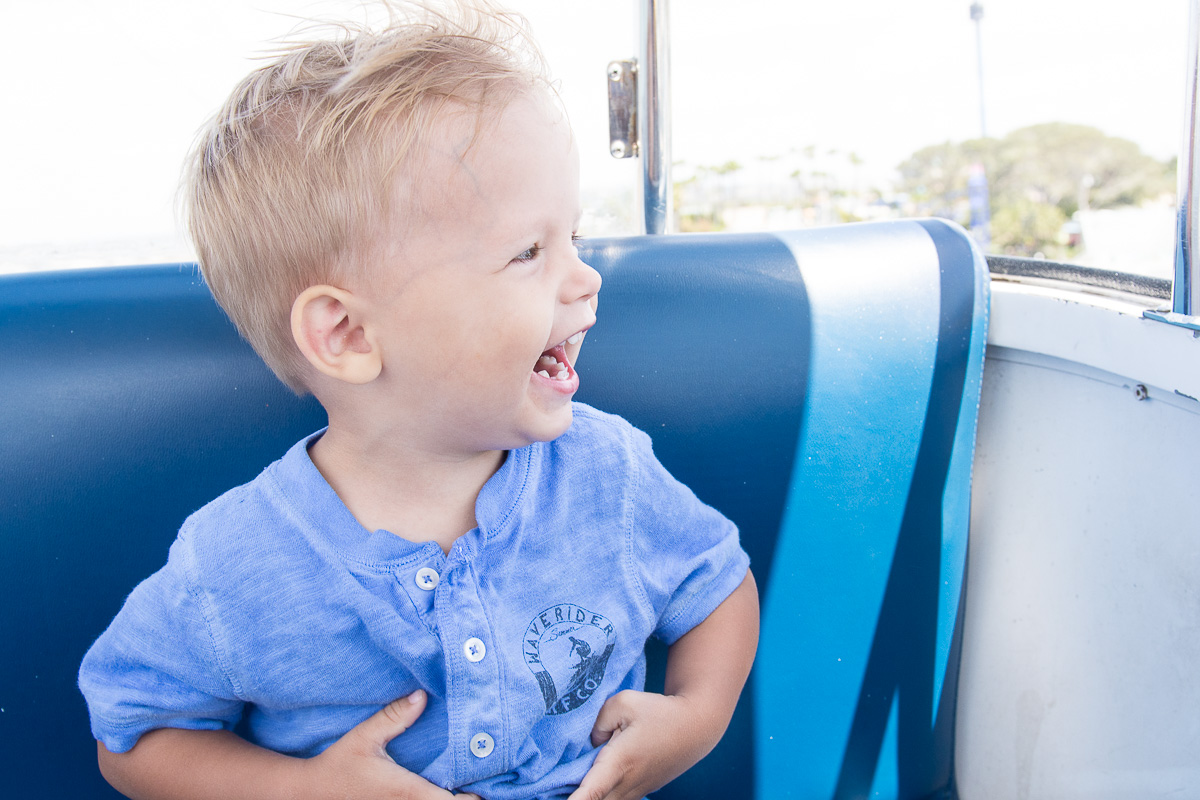 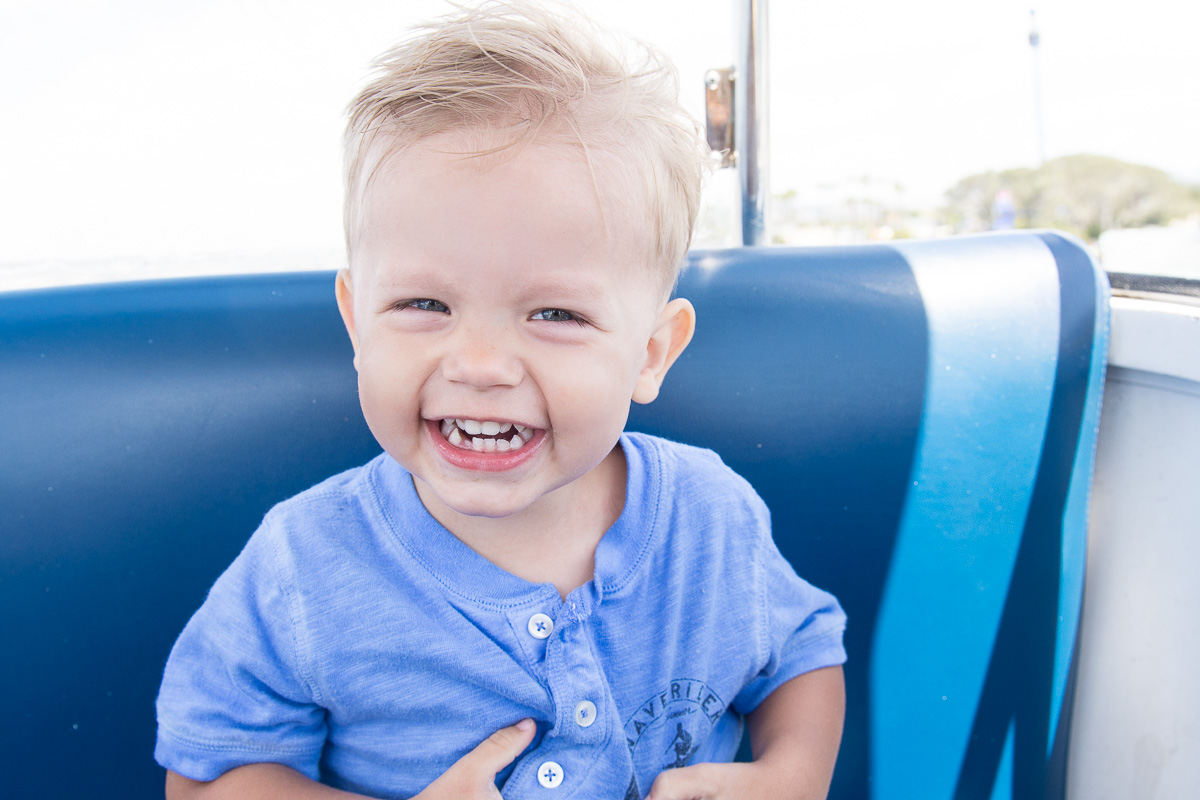 You win some, you lose some. Still, it’s hard to pass on SeaWorld field trip day and I’m sure we will attend again next year. 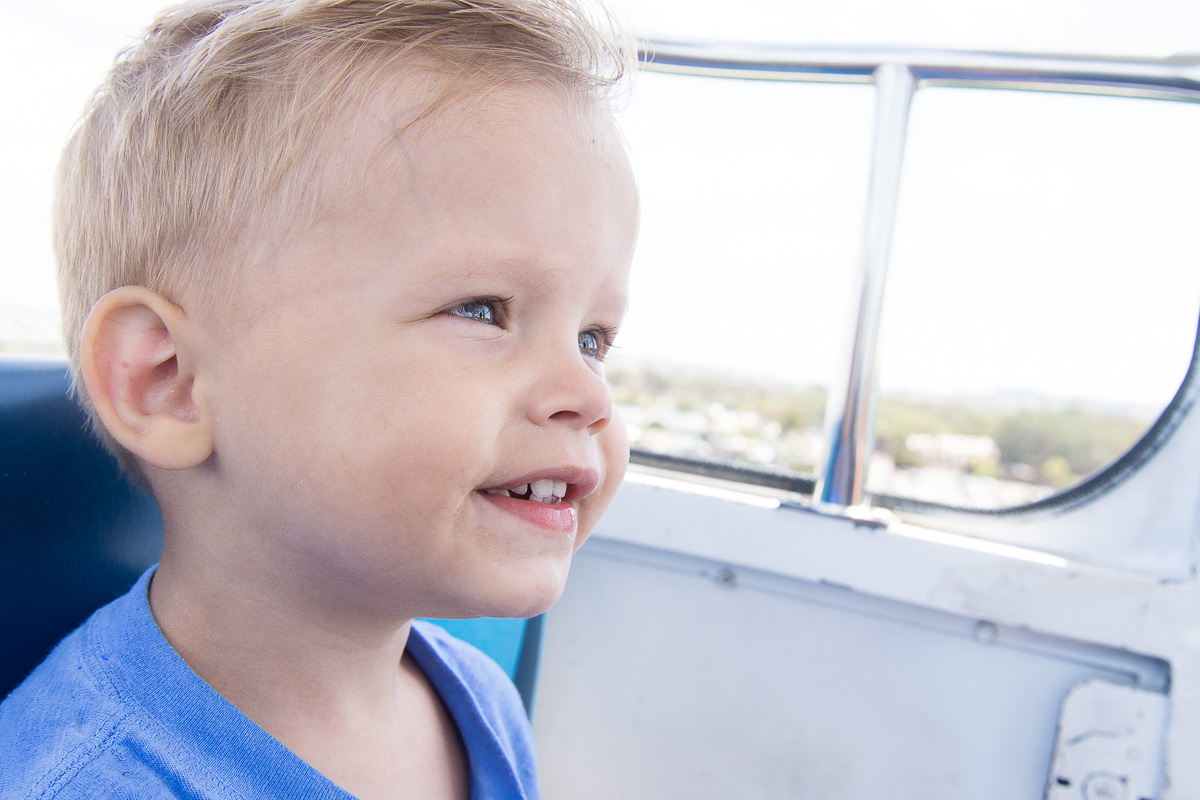 Blake wrapped up the year with a piano recital and our sweet frousins came to support him. 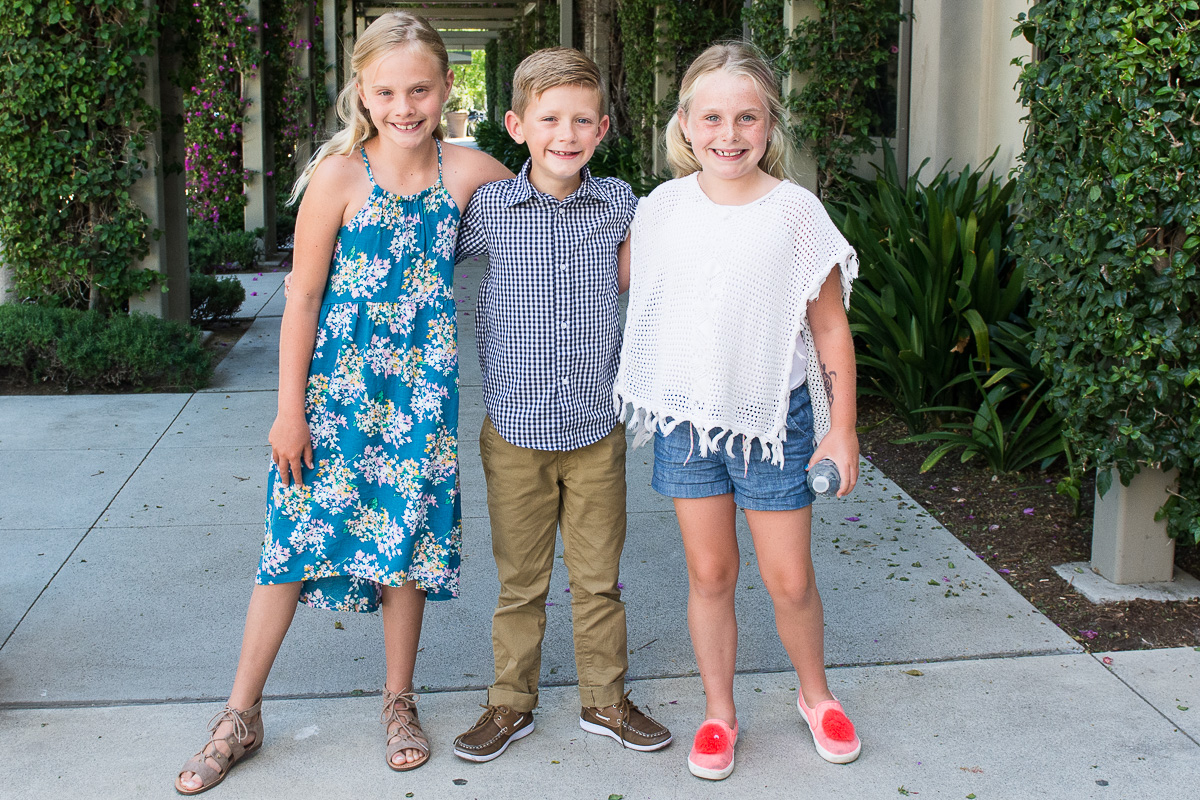 Crew graduated from his first year of preschool and we put on a little graduation ceremony. 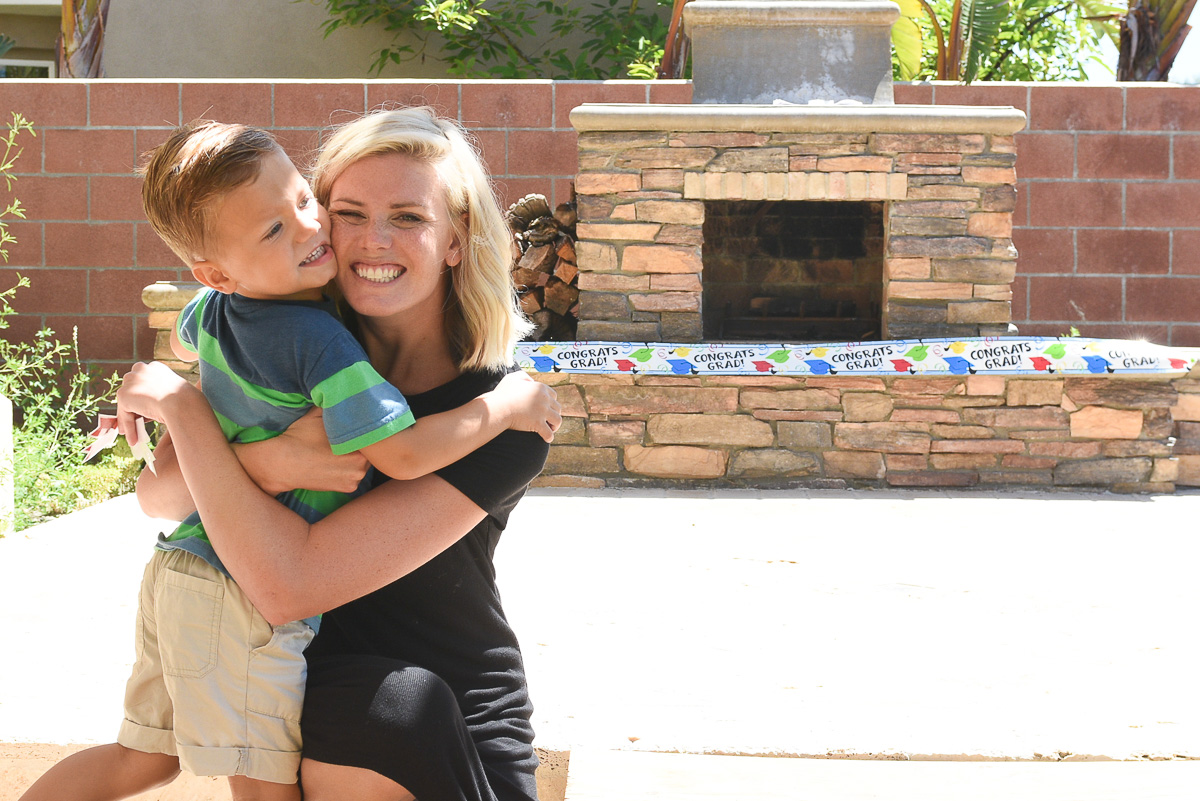 These boys sure knew how to ham it up in co-op preschool. And wrestle. So much wrestling. 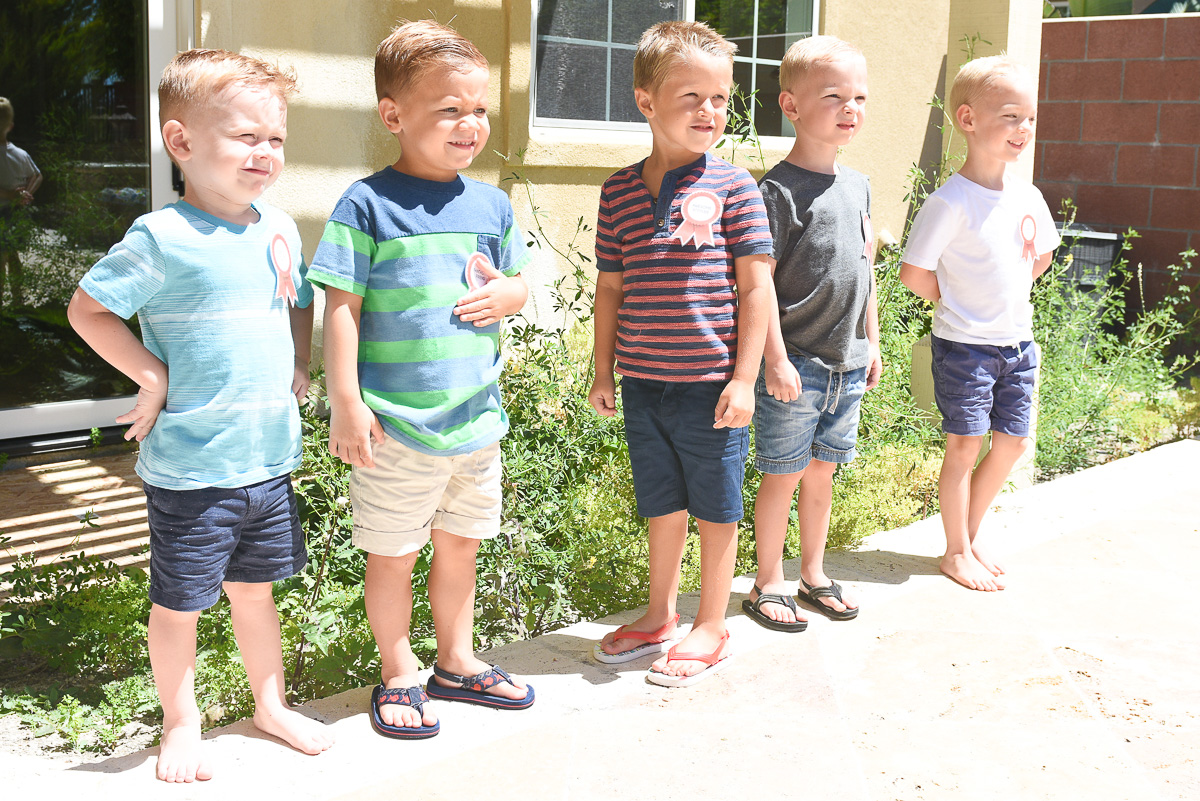 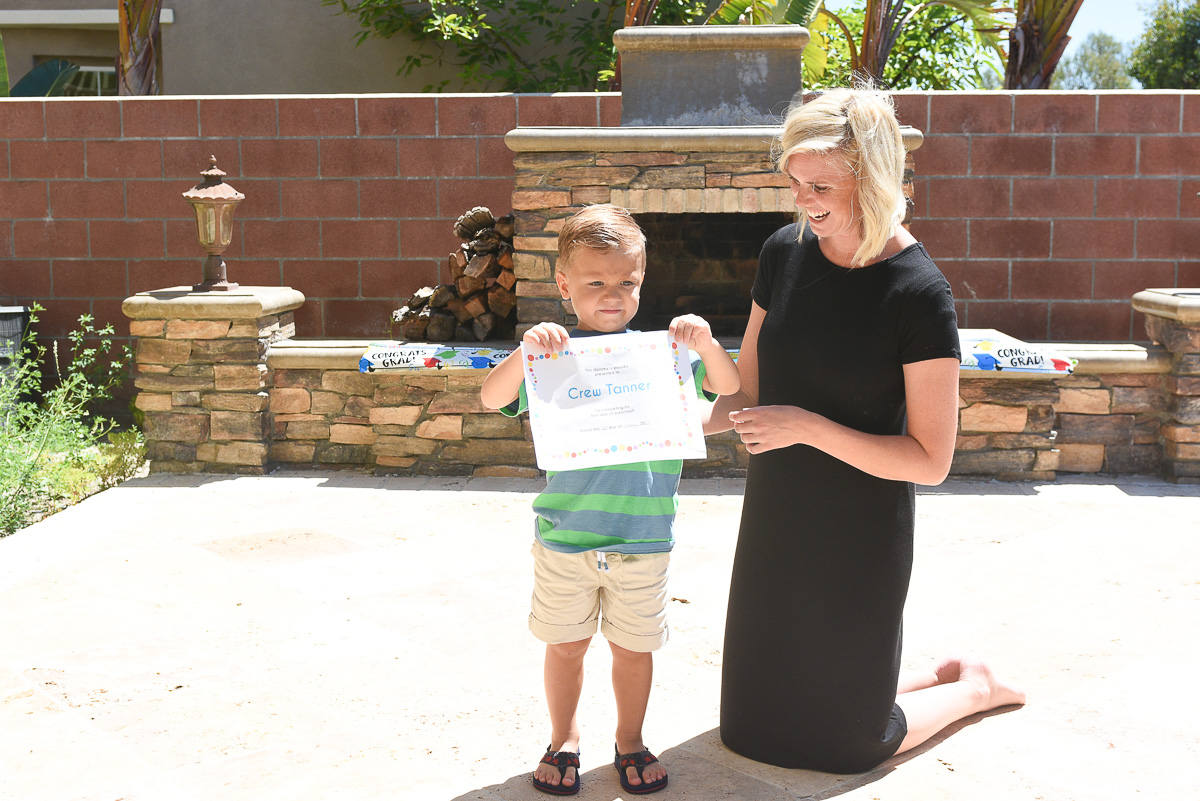 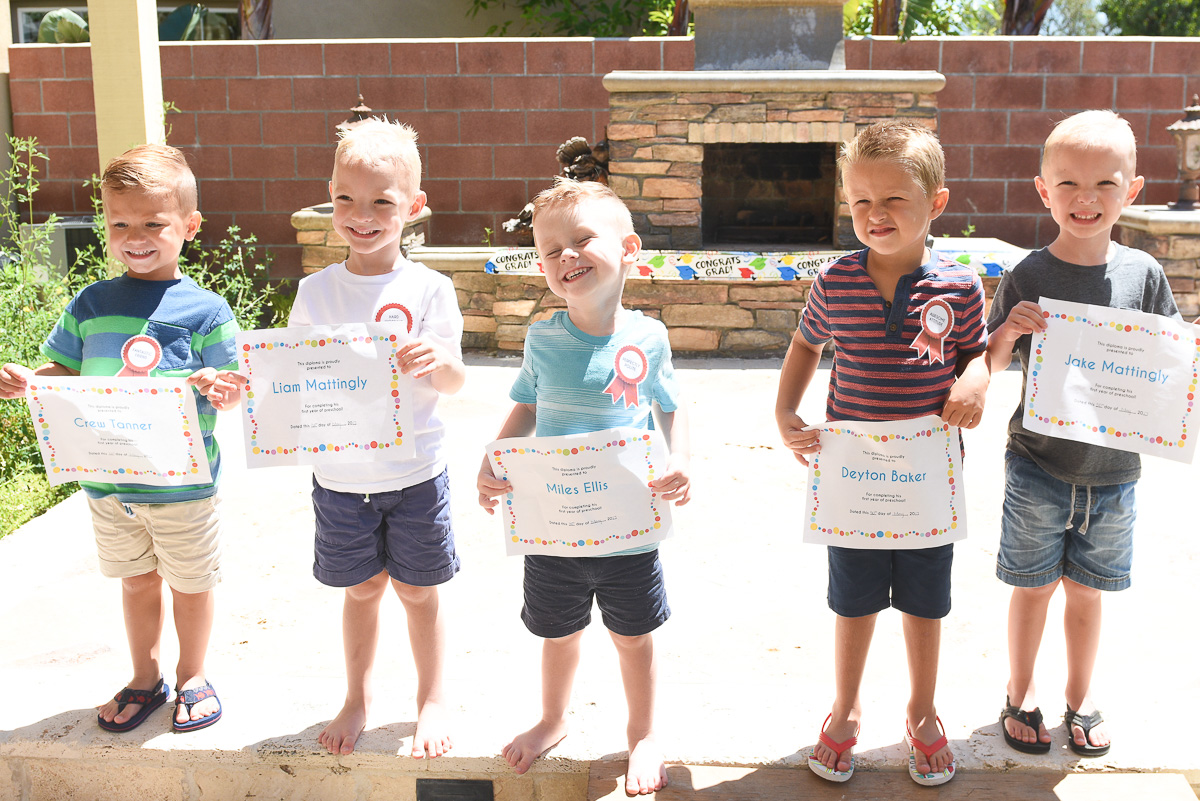 If I was more on top of it, I would have documented Blake and Nash on their last days of third and first grade. But Troy and I were busy shuffling the little boys to their grandparents so we could catch a midnight flight to Thailand.

None of our offers on houses had been accepted at that point and even though we were nervous about finding a house before our rental contract expired, taking off on an adventure was just what we needed to take a break from all of the hope, heartbreak and frustration. We were so happy to put the last few weeks of school behind us that somehow seemed busier than Christmastime.