For Finn’s third birthday, we had an impromptu pool party. I texted some friends the night before, made a cake, headed to the pool and voilà: instant party. We were in the throes of unpacking boxes and an afternoon at the pool was all I could throw together. Finn loved every minute of it. 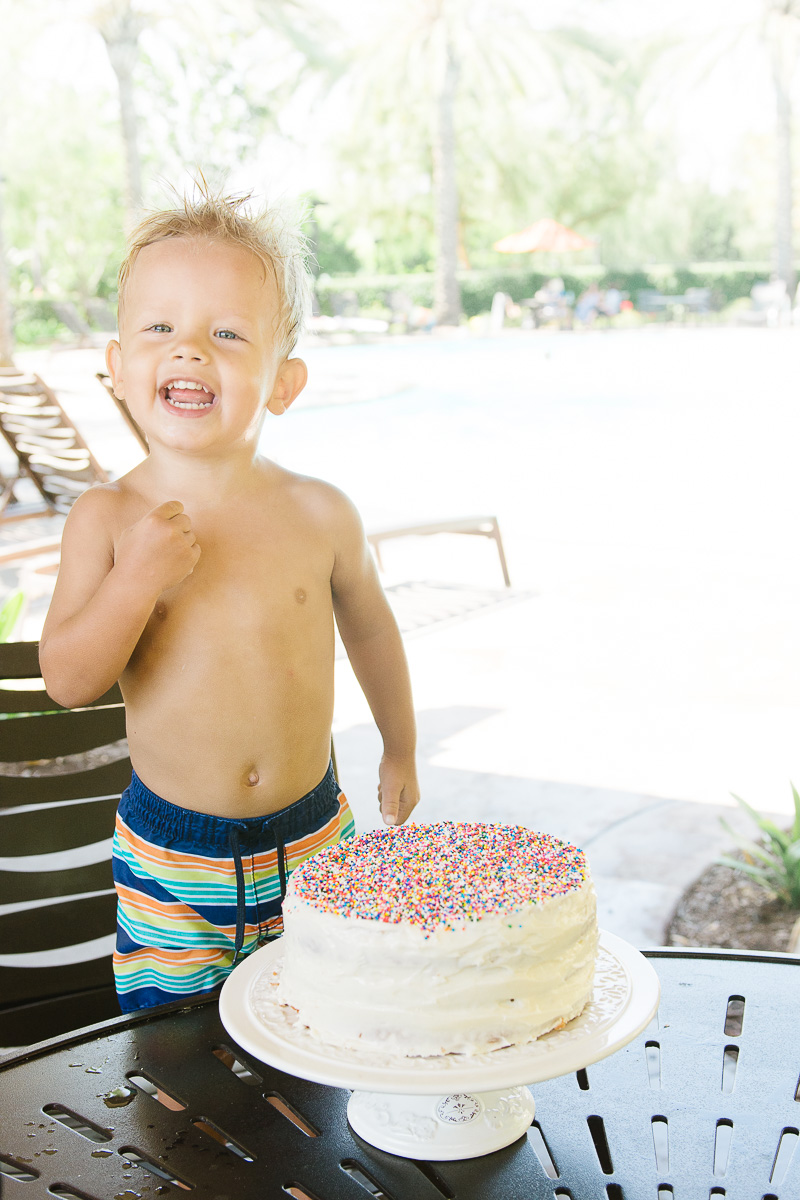 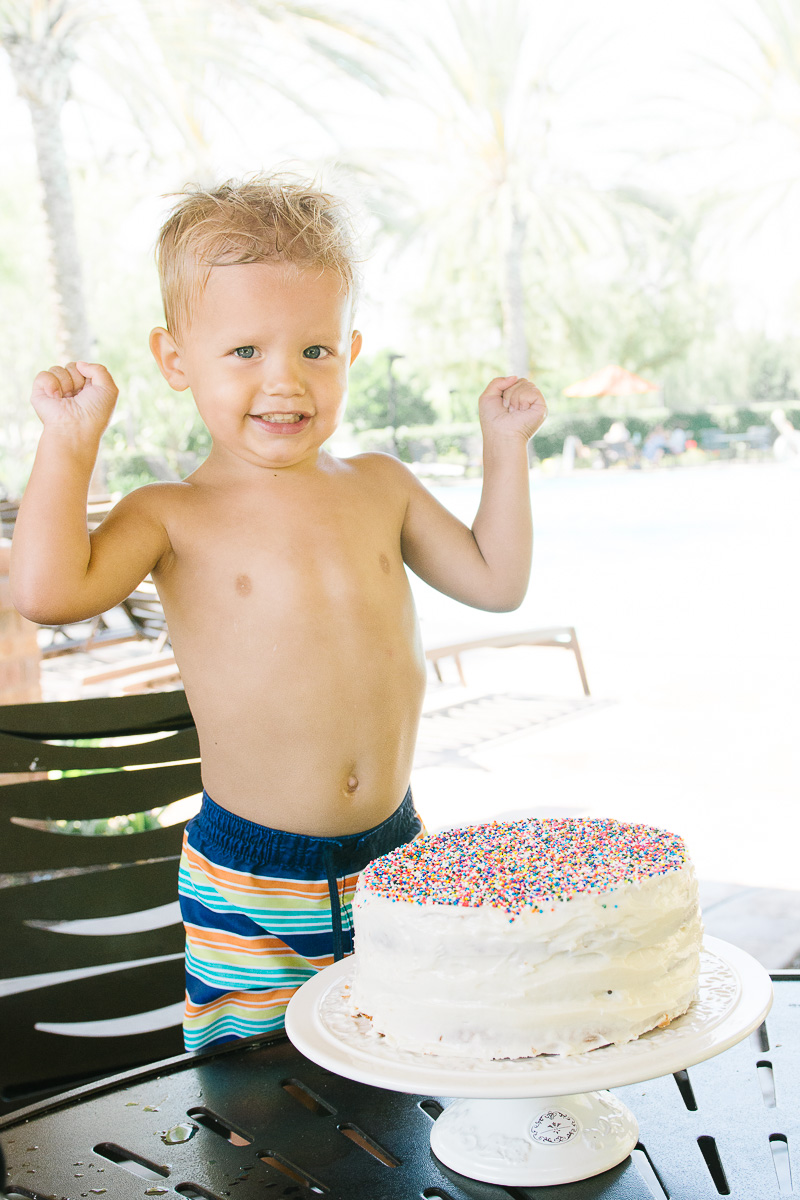 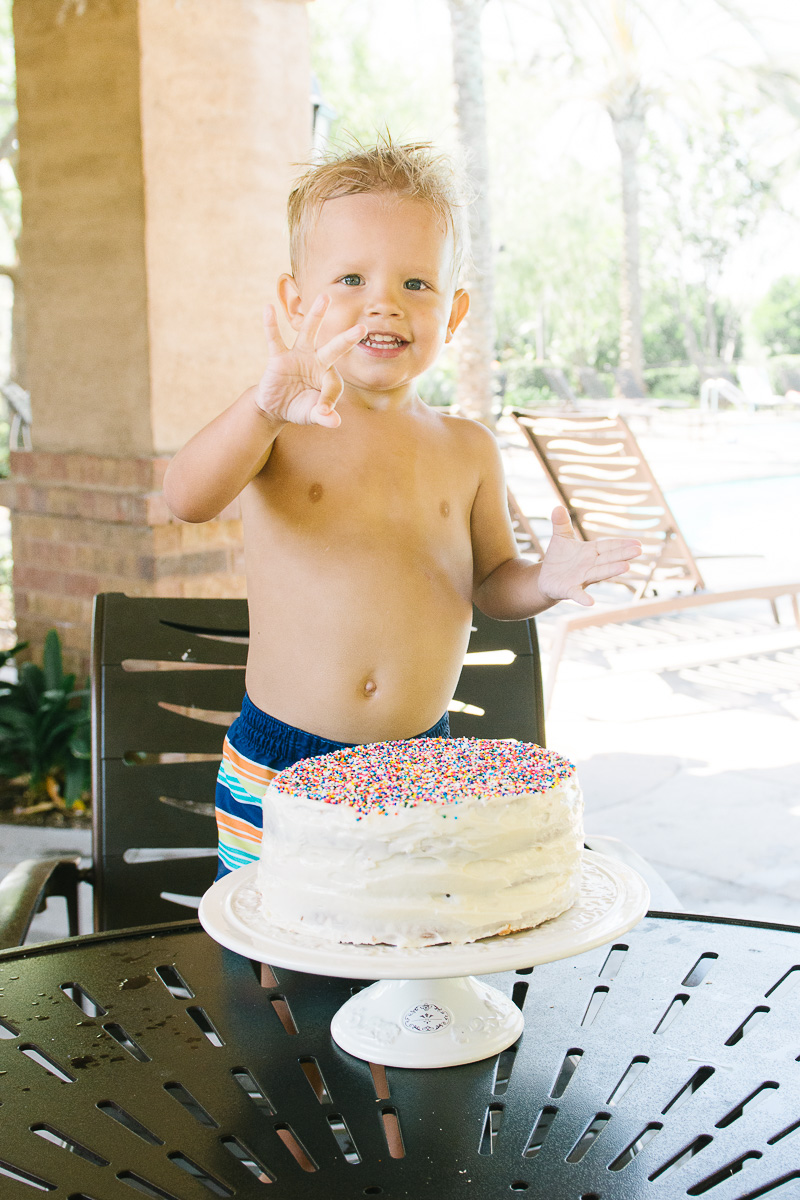 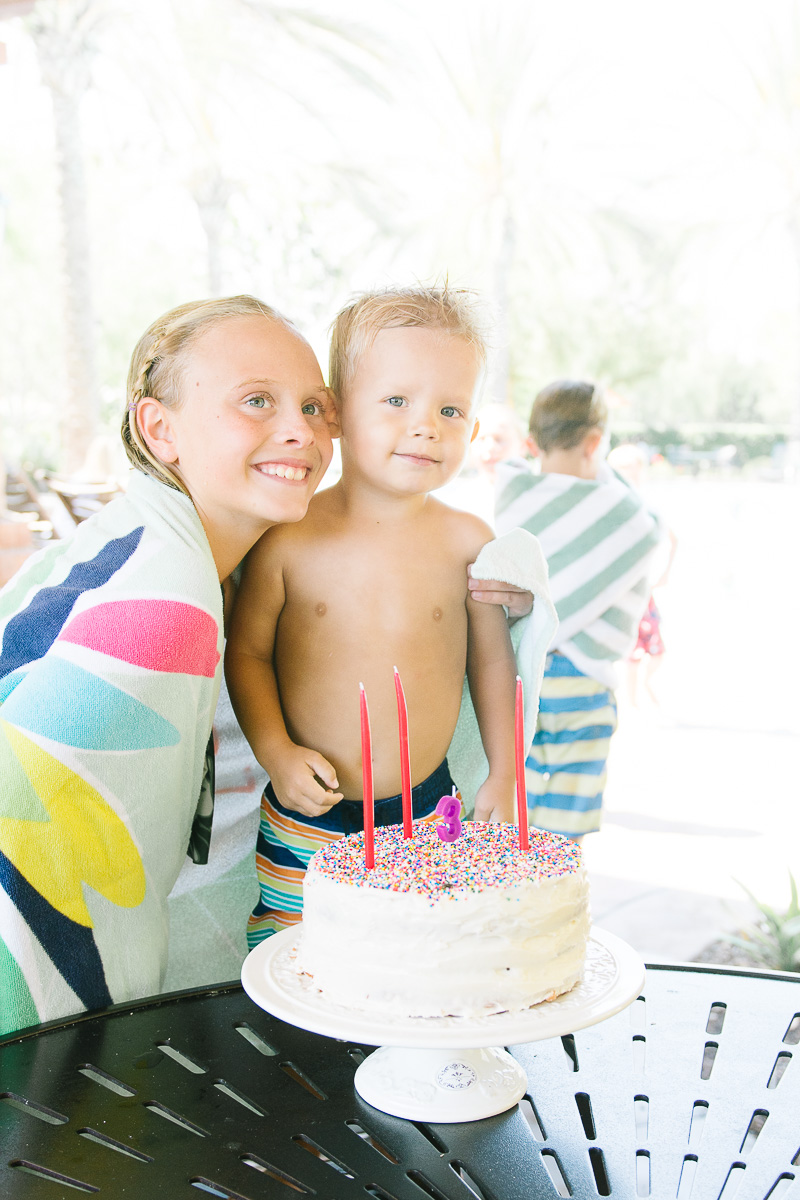 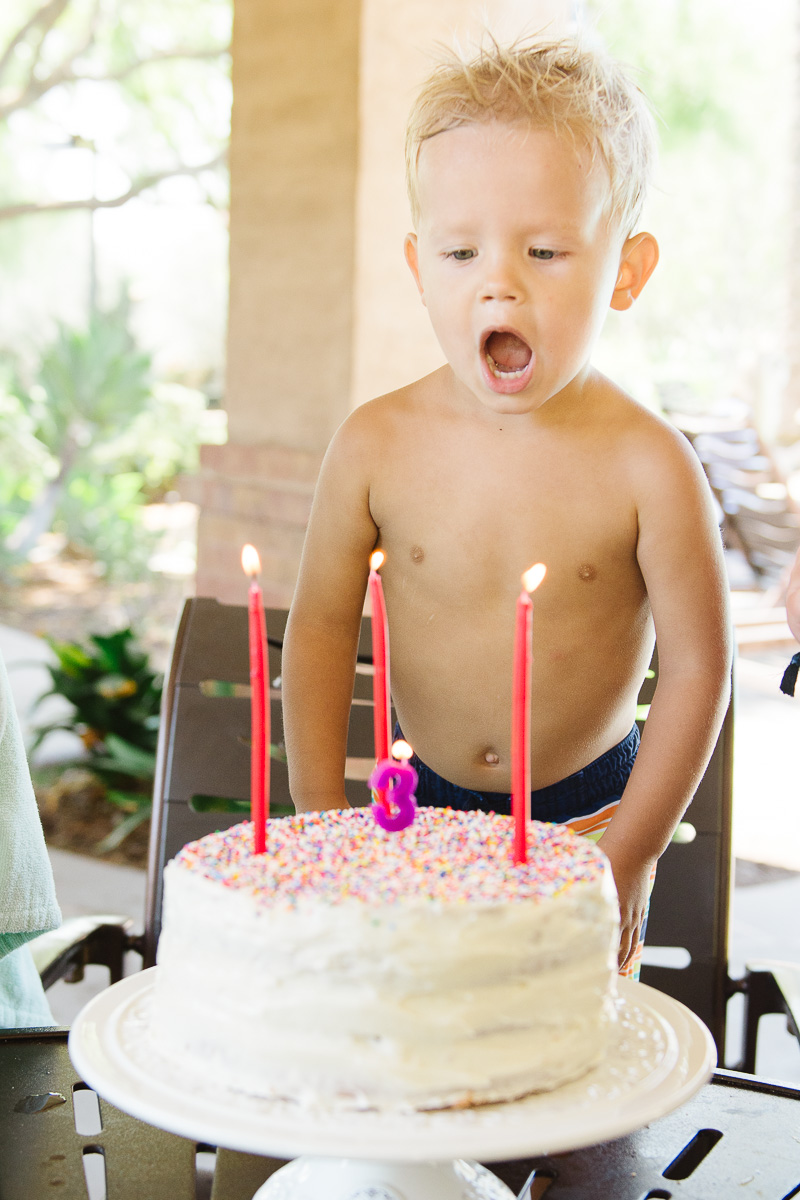 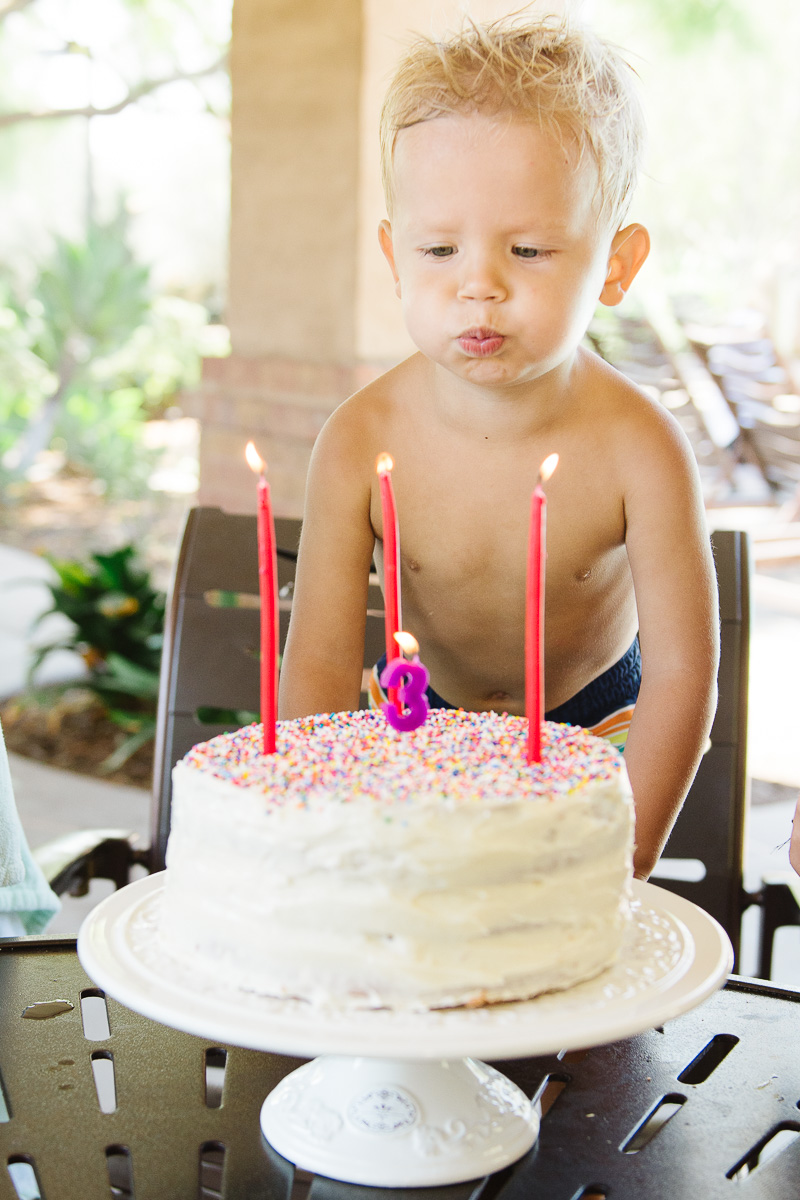 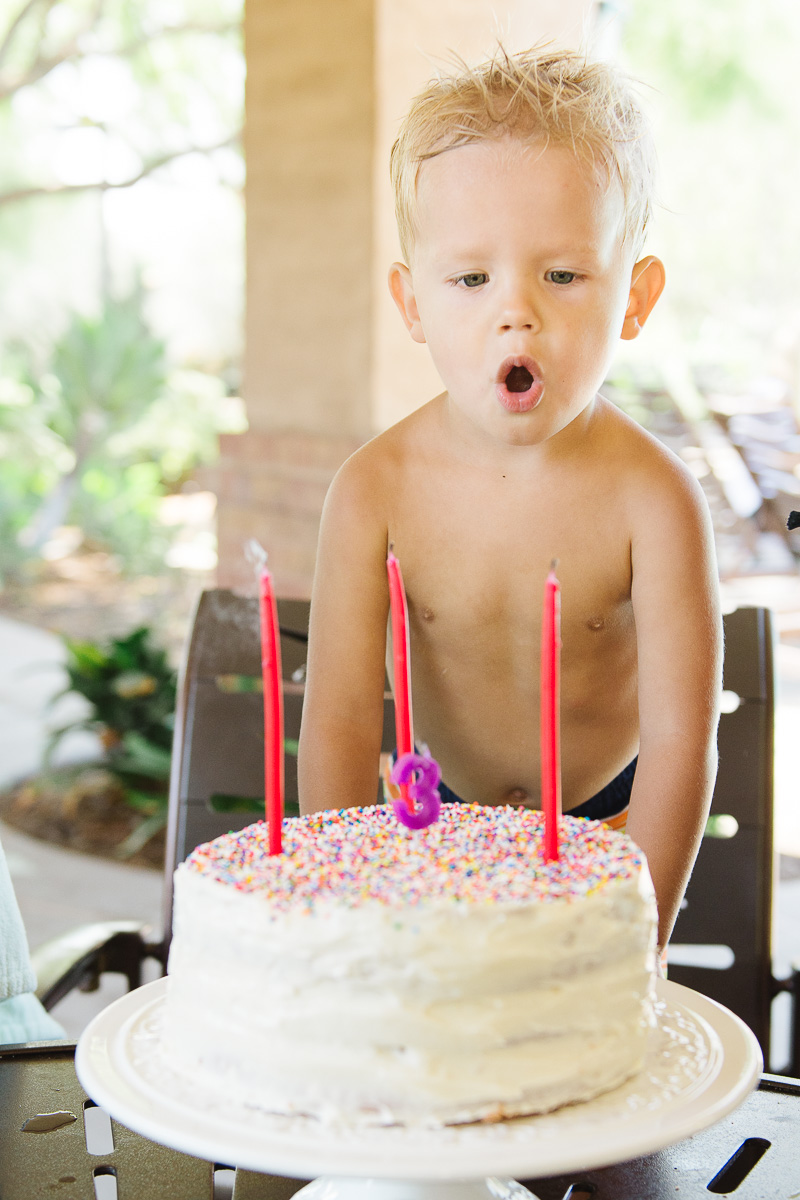 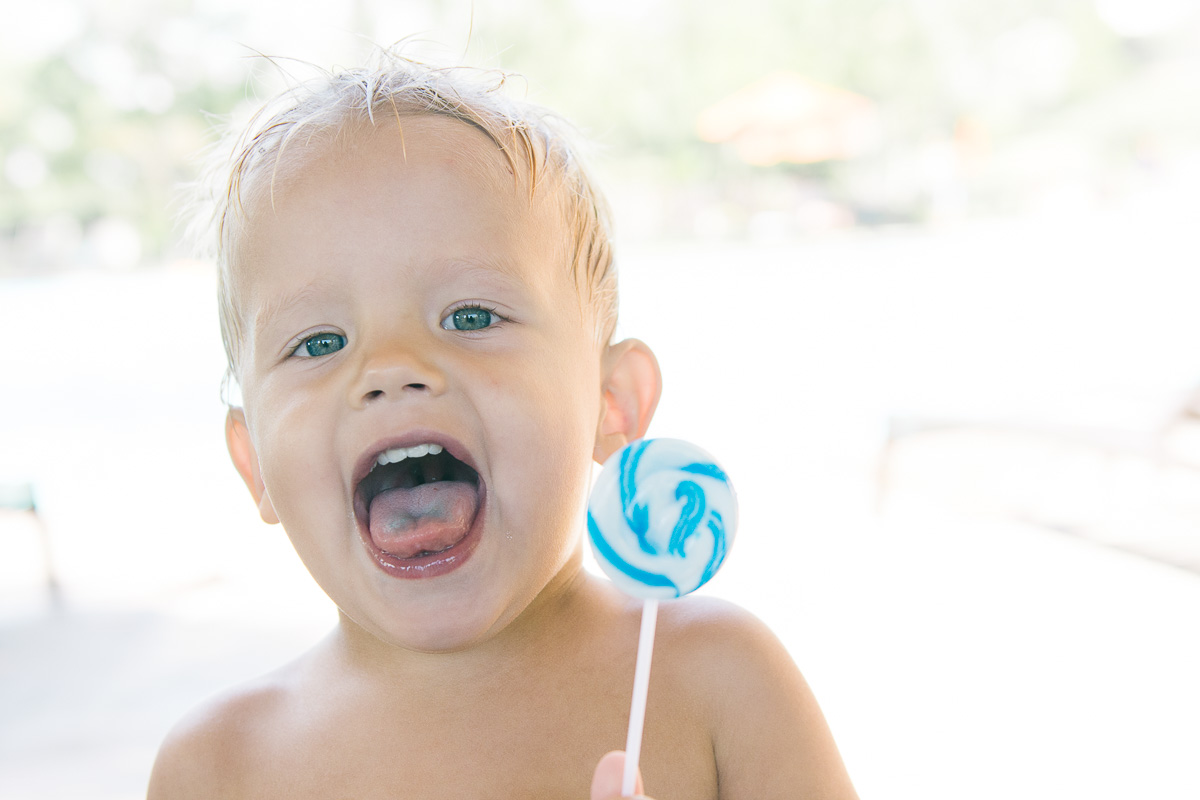 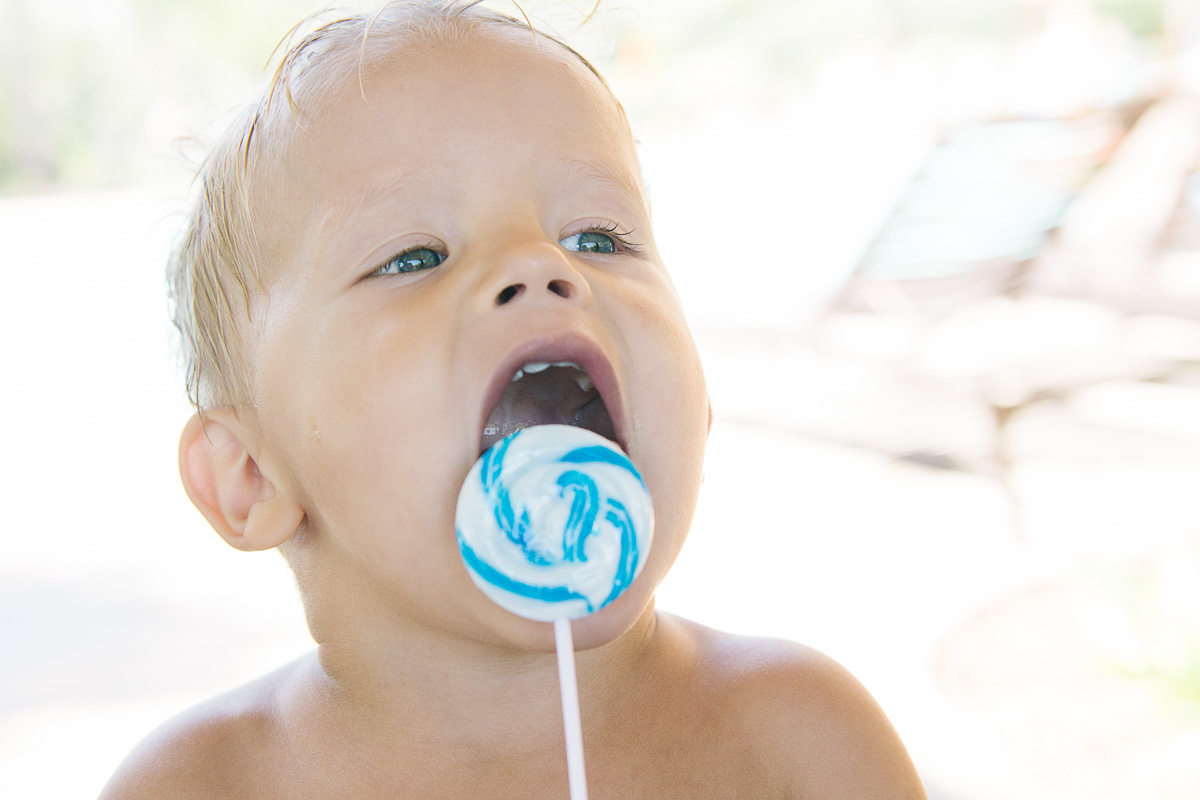 The next day while all his brothers were at school, Finn and I took a walk at the ocean and I savored my not-so-much-a-baby. 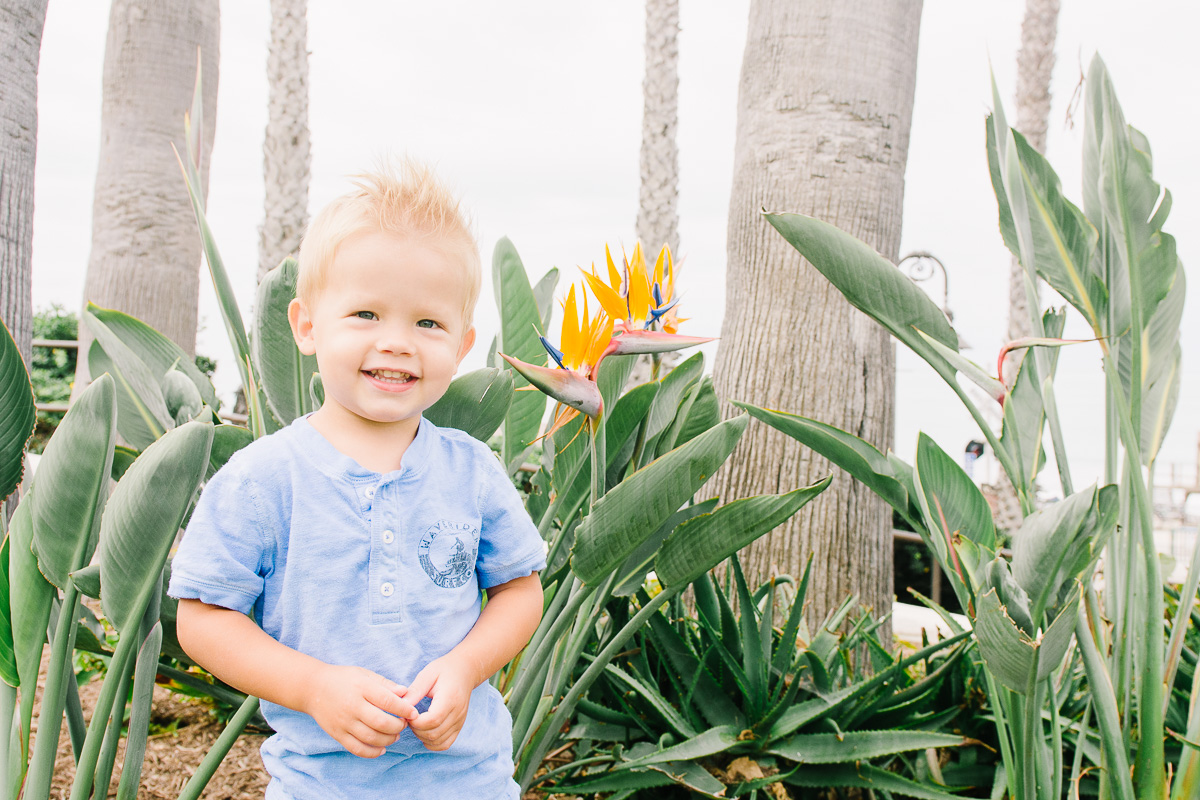 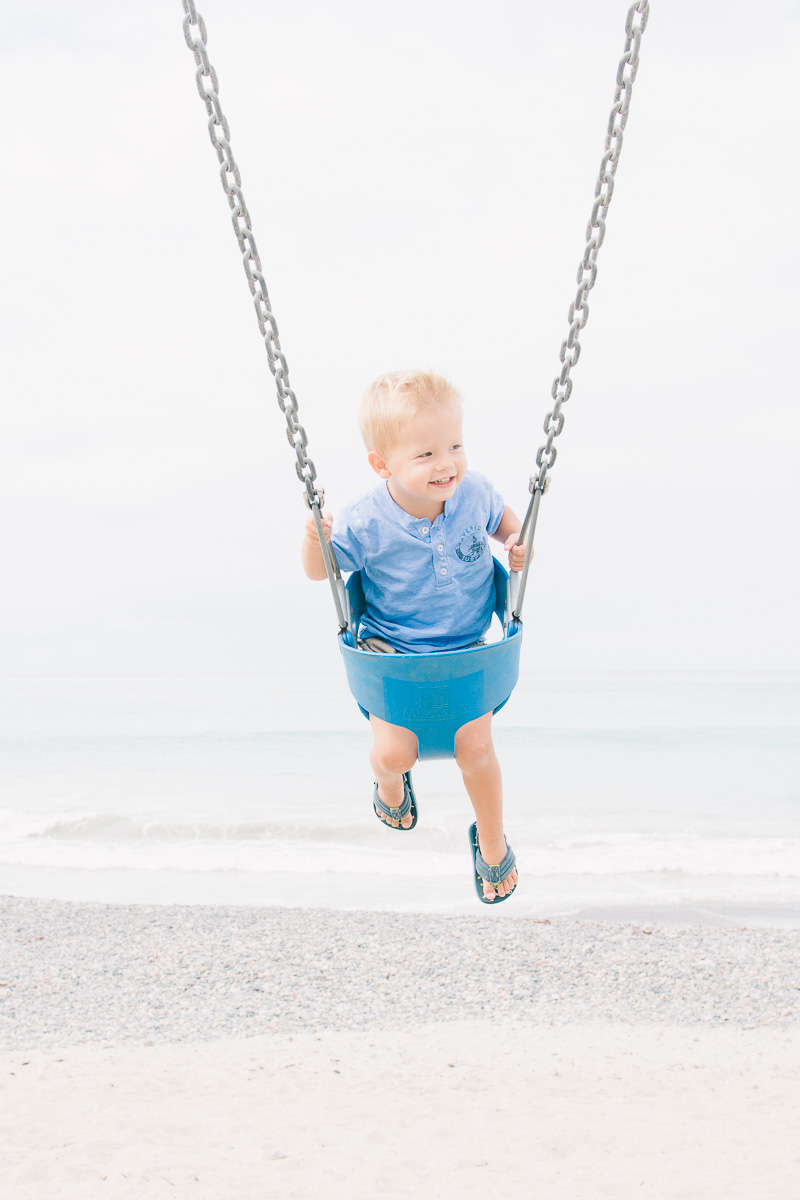 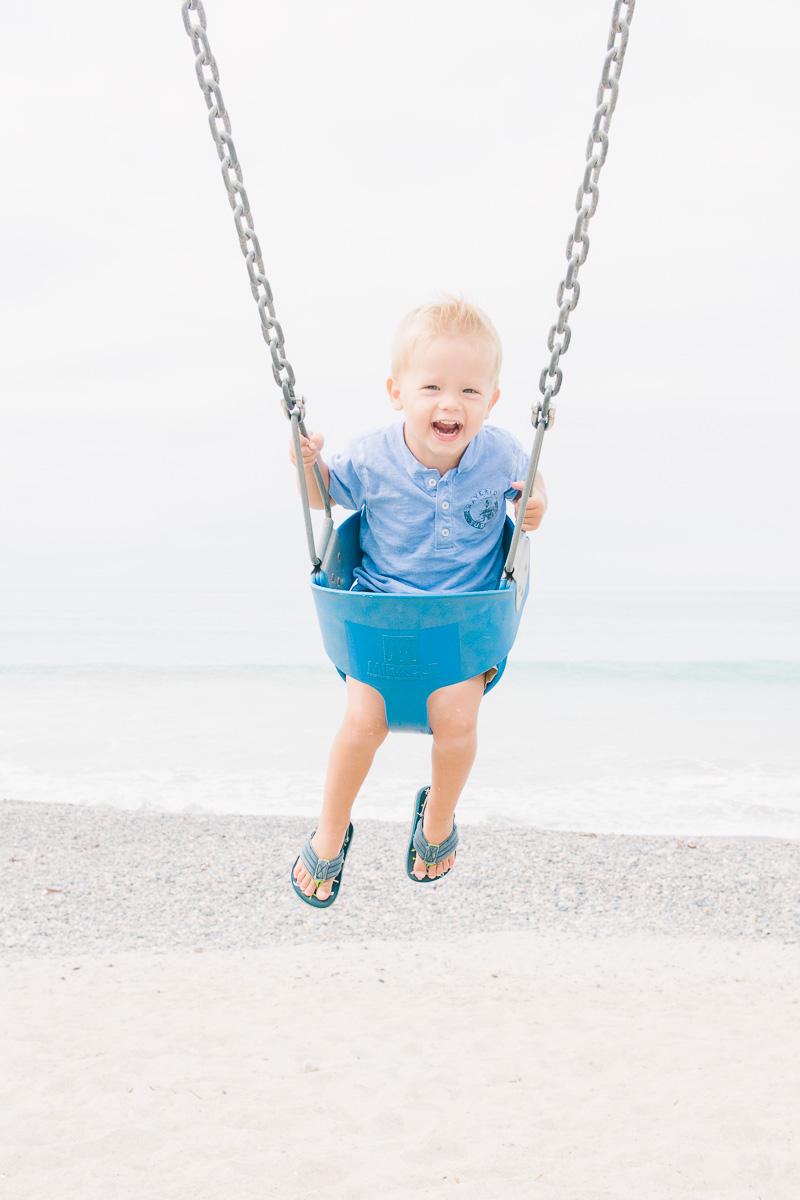 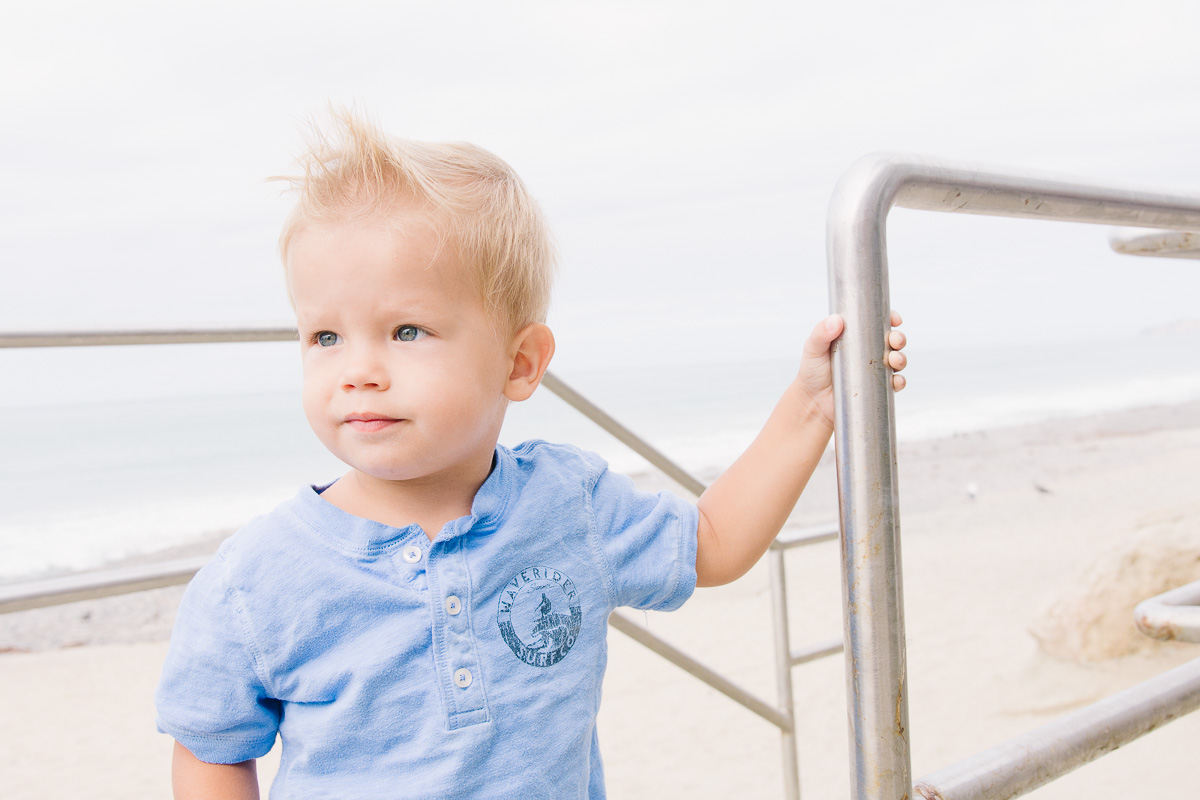 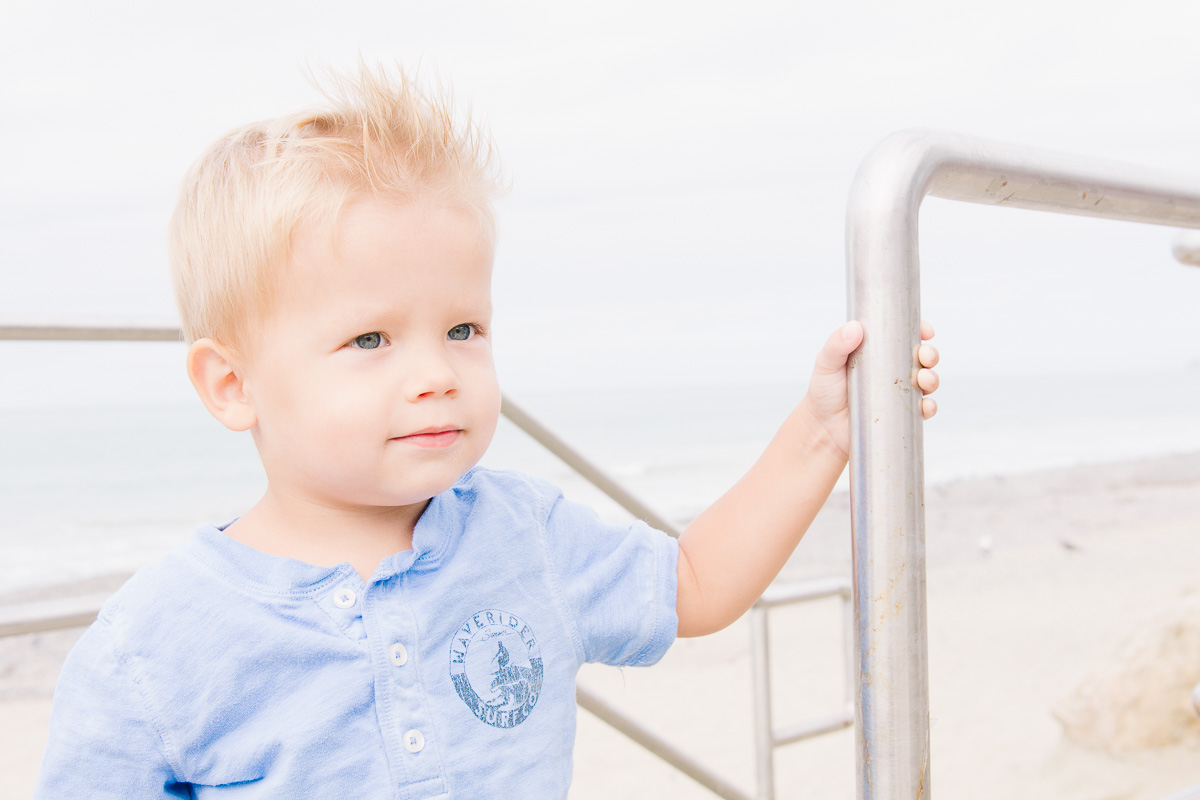 I had a hard time making peace with my baby getting older when he turned two. But I wasn’t sad about officially making it out of the stage of having a three-year-old and a two-year-old at the same time. And with each passing year, it gets a little easier to accept Finn’s advancement in age, especially when it means less tantrums and more freedom.