We kicked off Christmas Eve with a fancy dinner. 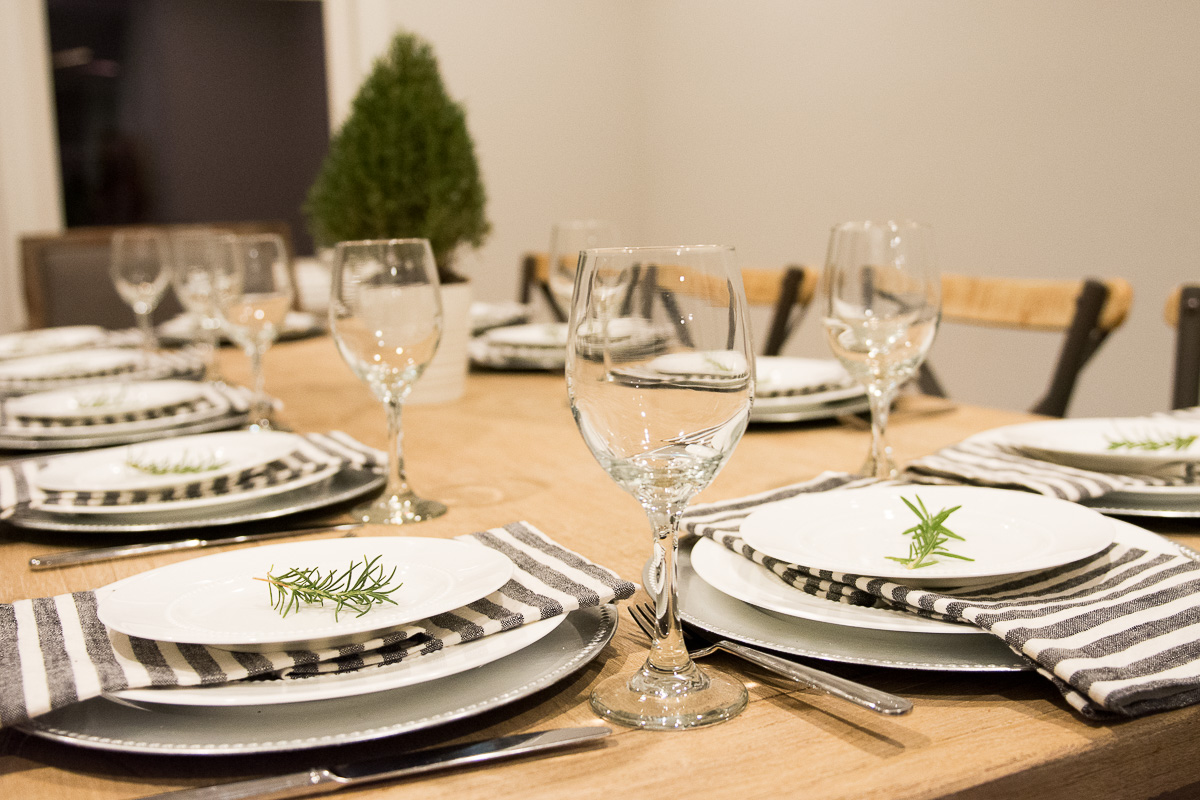 With presents finally wrapped and under the tree after making it a low priority all month, we were ready to go. 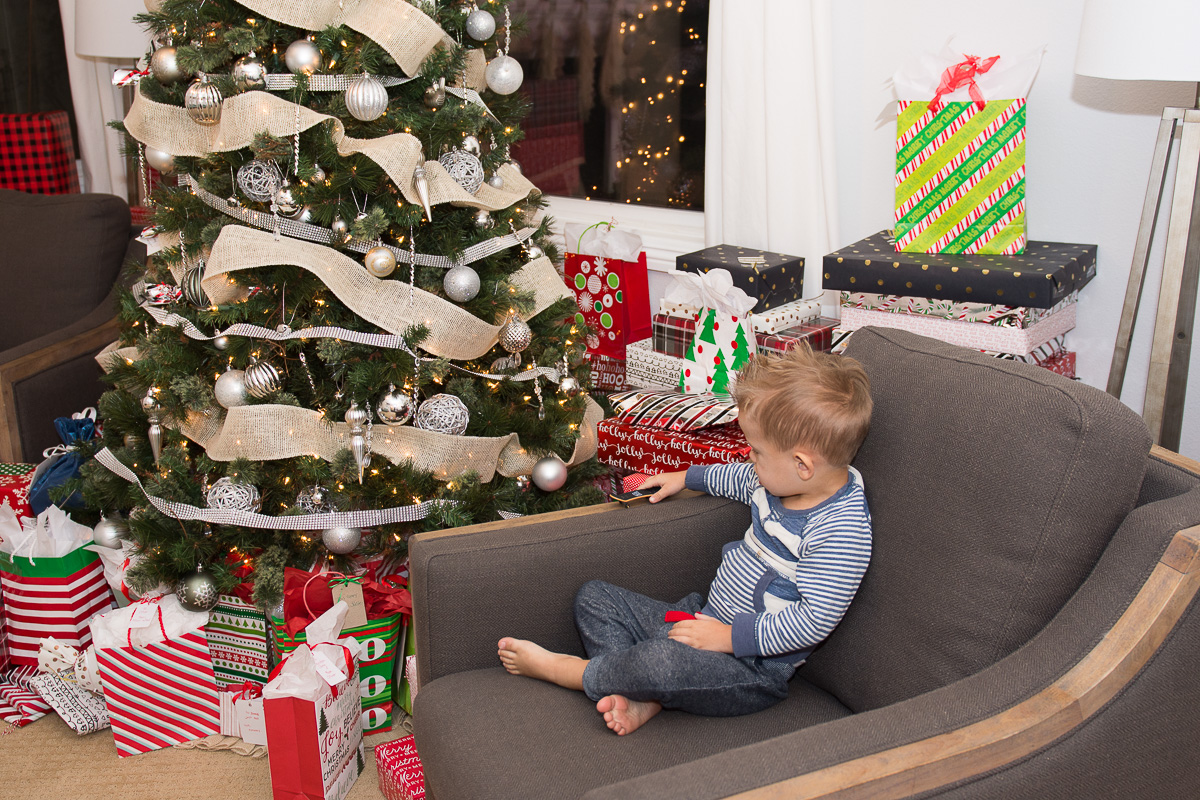 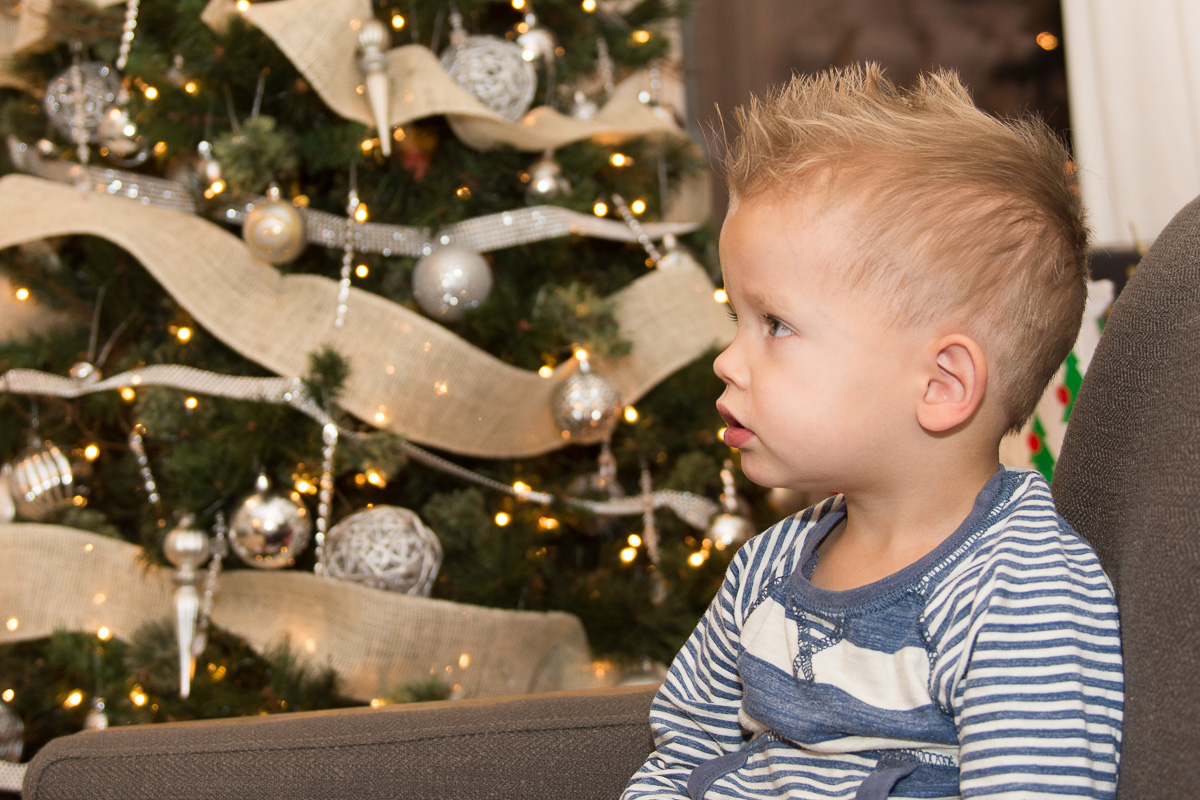 Blake was out of bed for the first time in days after being sick with the flu. 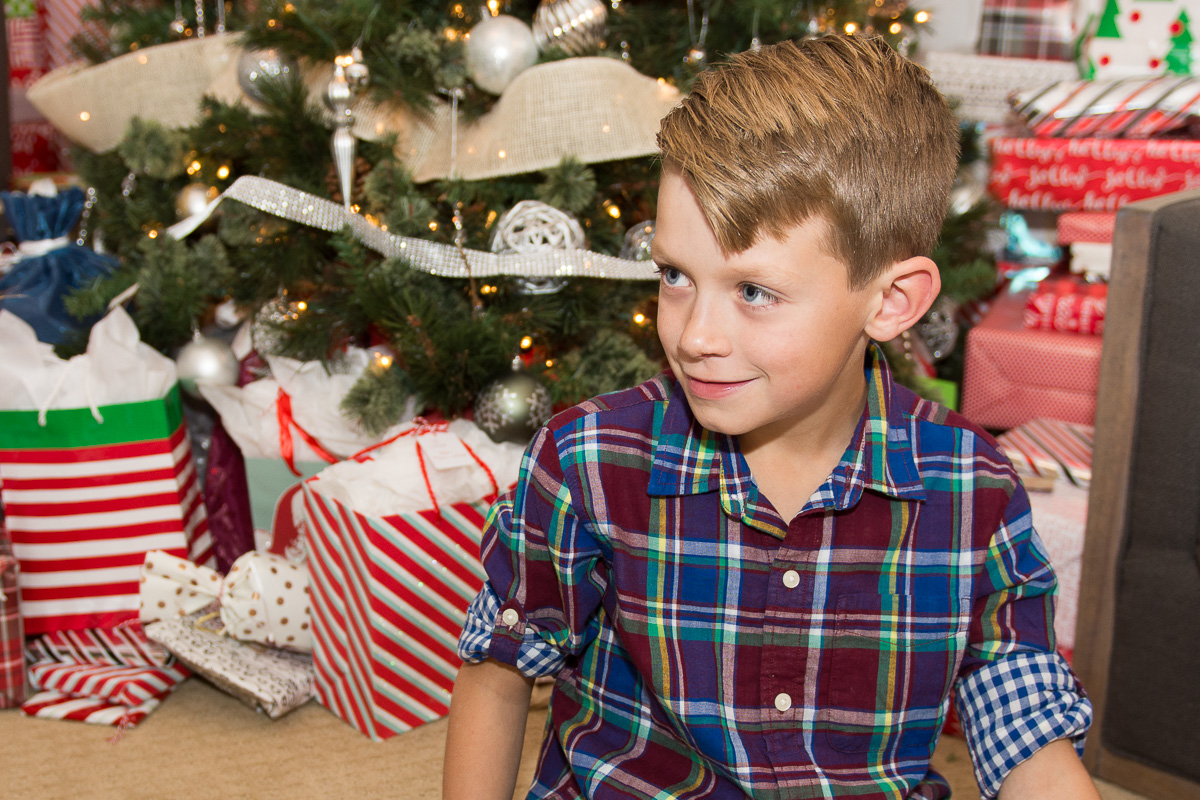 We were glad that he had some of his energy back but some of the rest of us weren’t as lucky. My dad missed Christmas Eve dinner and could barely sit up during presents. There was so much coughing in one vehicle as we drove around to look at lights that it was comical. We felt so bad passing on the flu to our five additional house guests.

We pressed forward with festivities even though it wasn’t quite what we were hoping. Blake led us in acting out A Partridge in a Pear Tree. 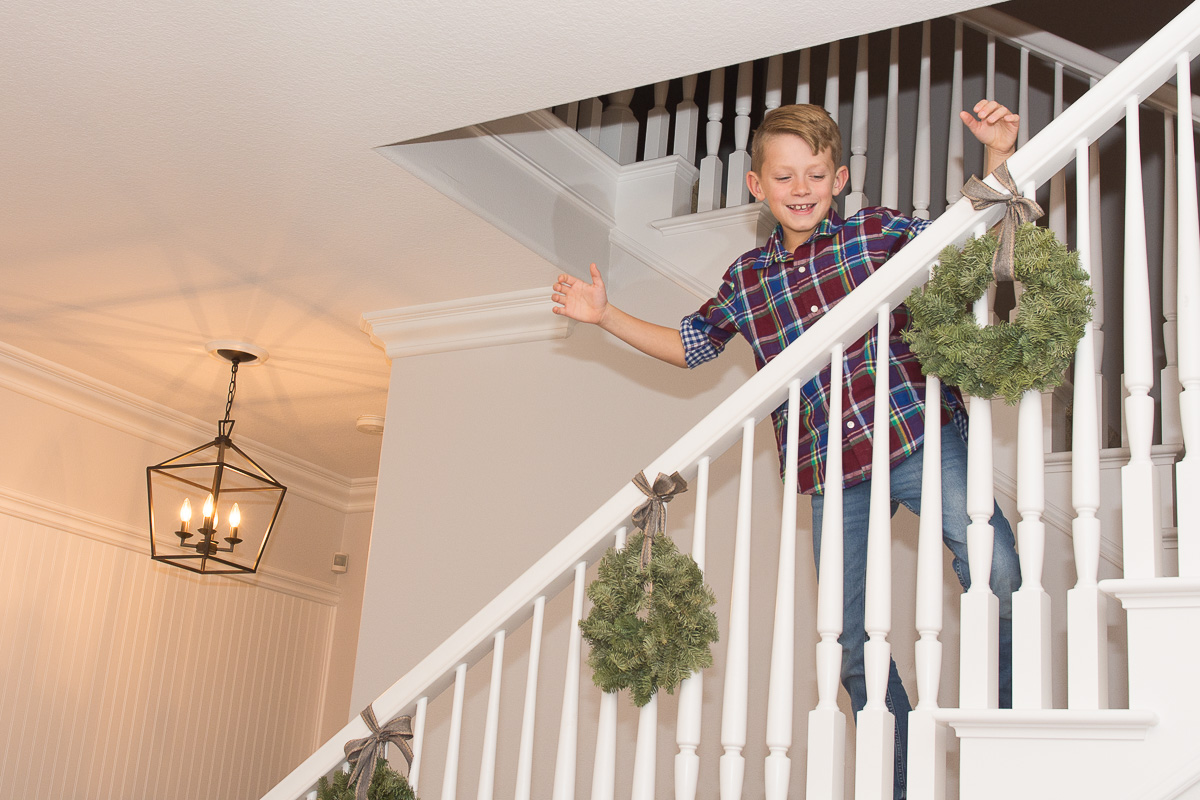 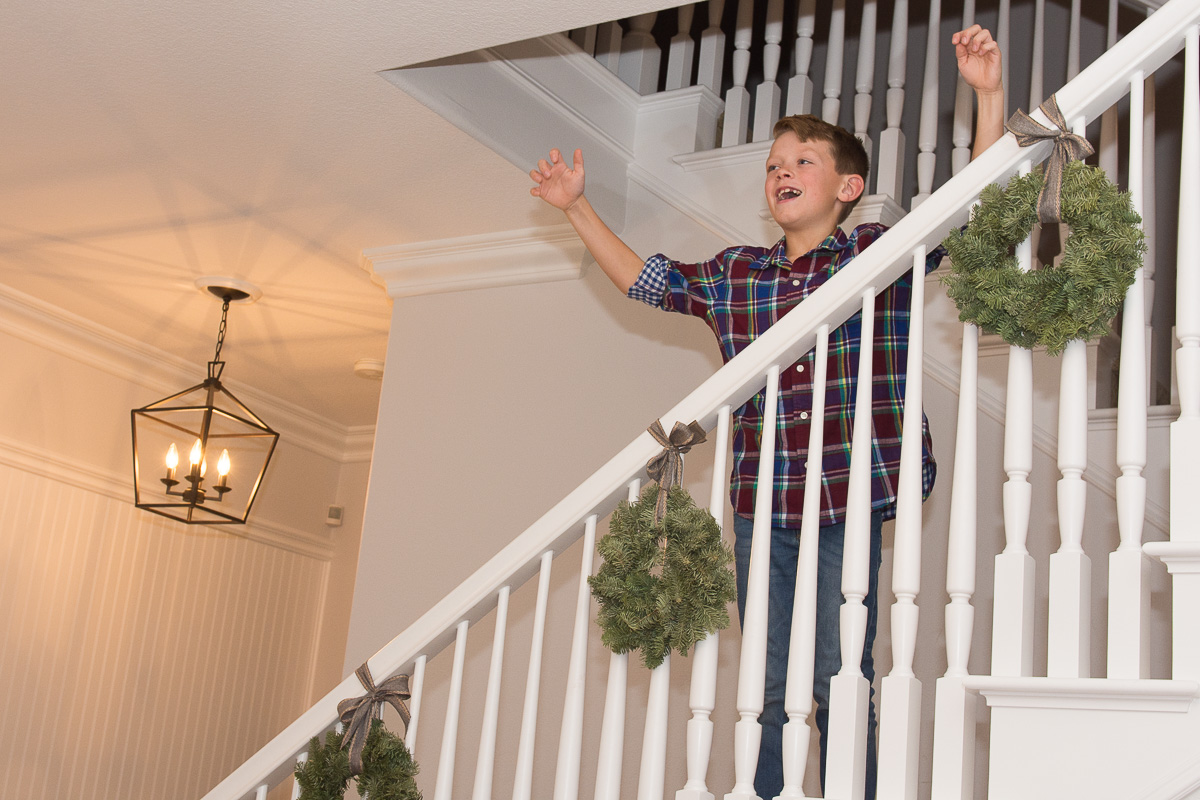 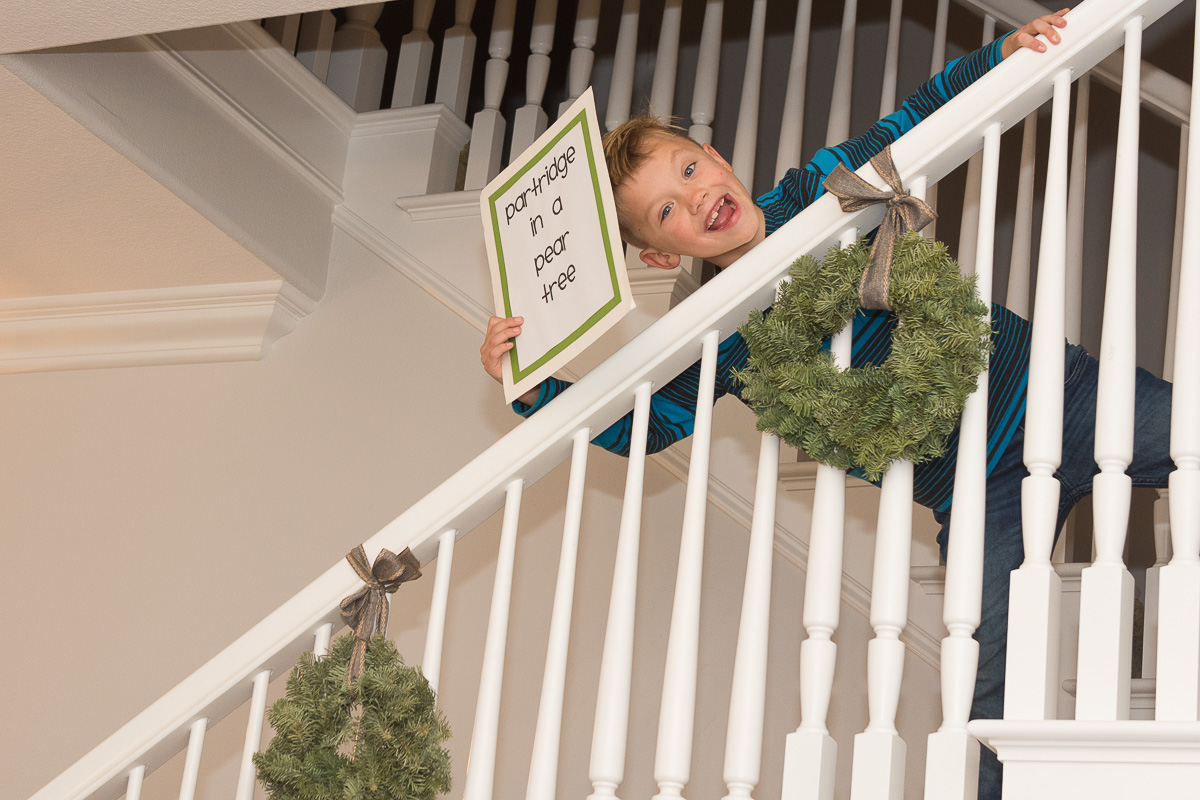 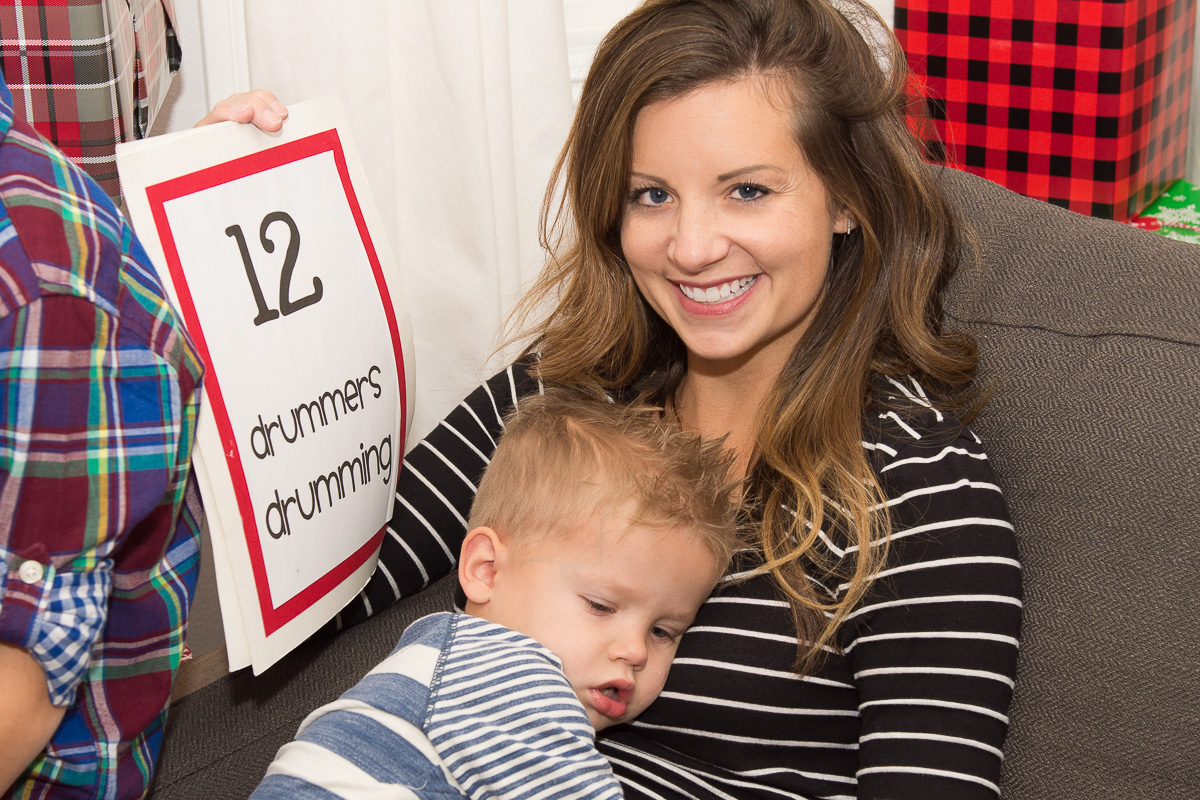 The boys and their cousin Ollie opened Christmas pajamas. 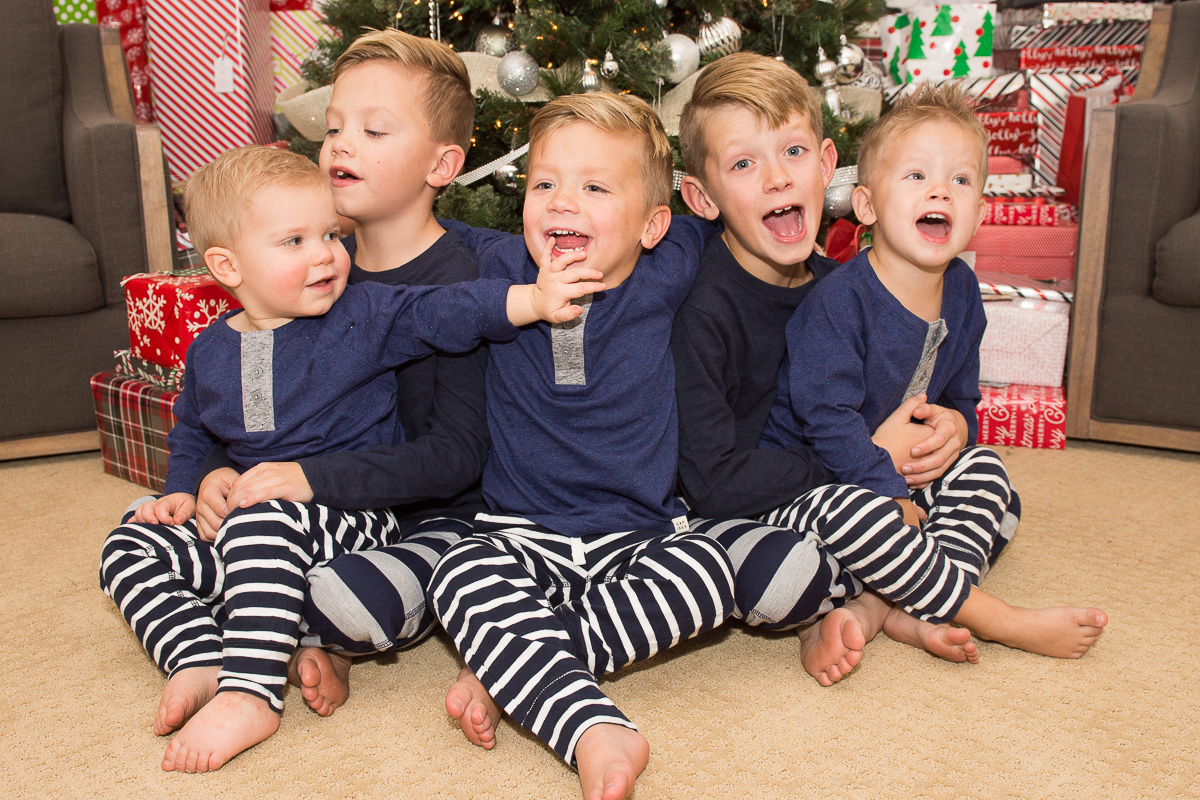 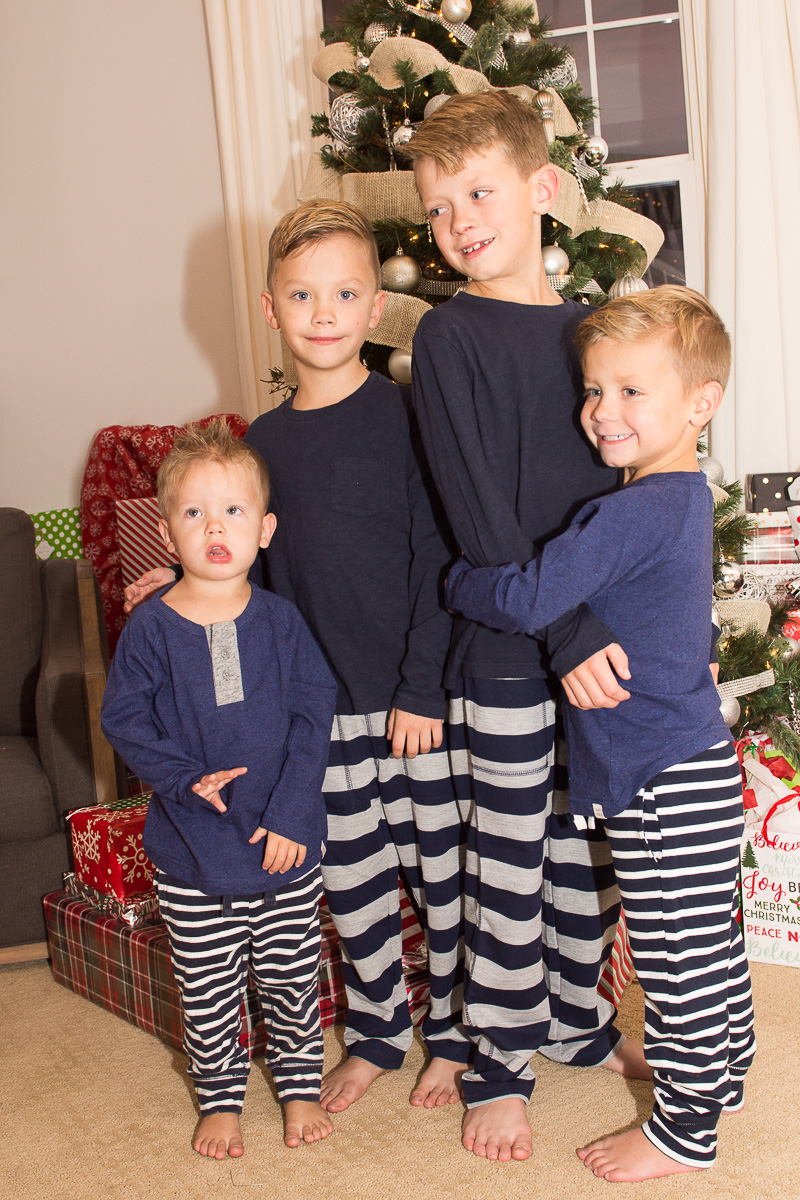 Then it was time for my favorite Christmas tradition; sibling gifts. This year, the boys gave to the brother three younger than them. 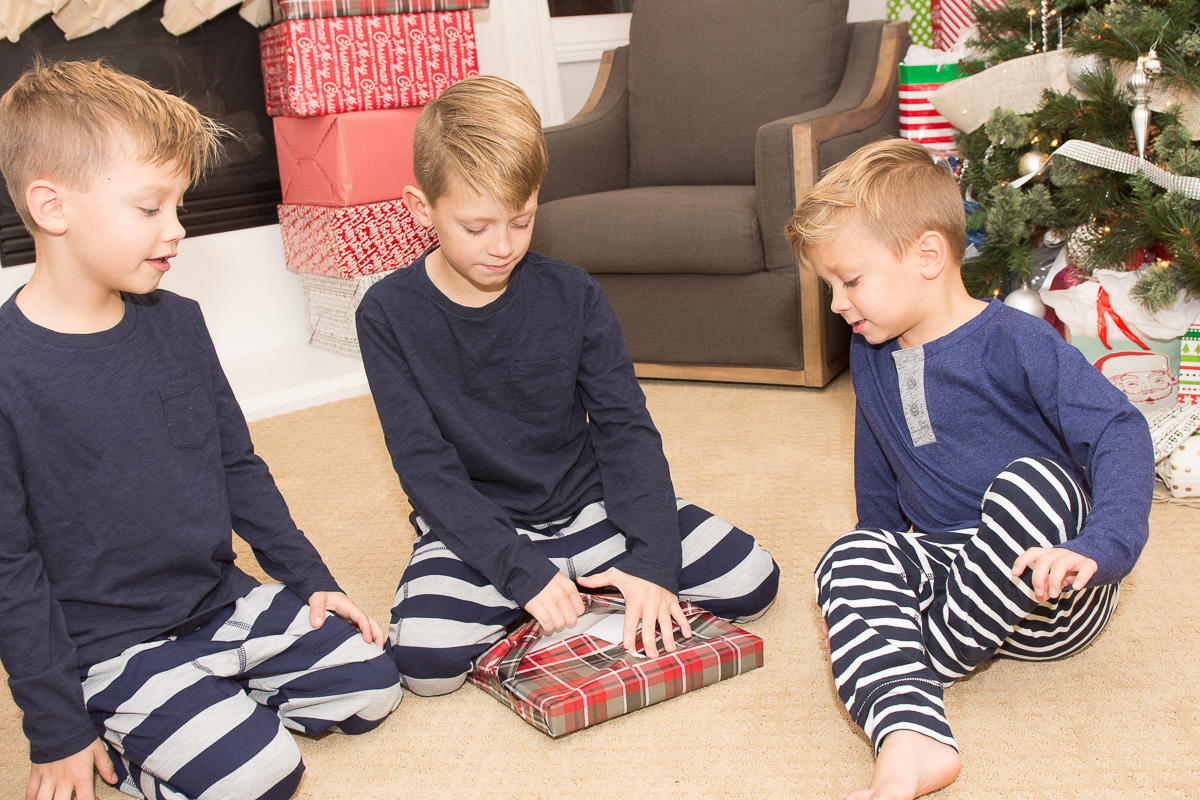 That meant Nash had Blake. He gave him a Nanoblock grand piano kit. 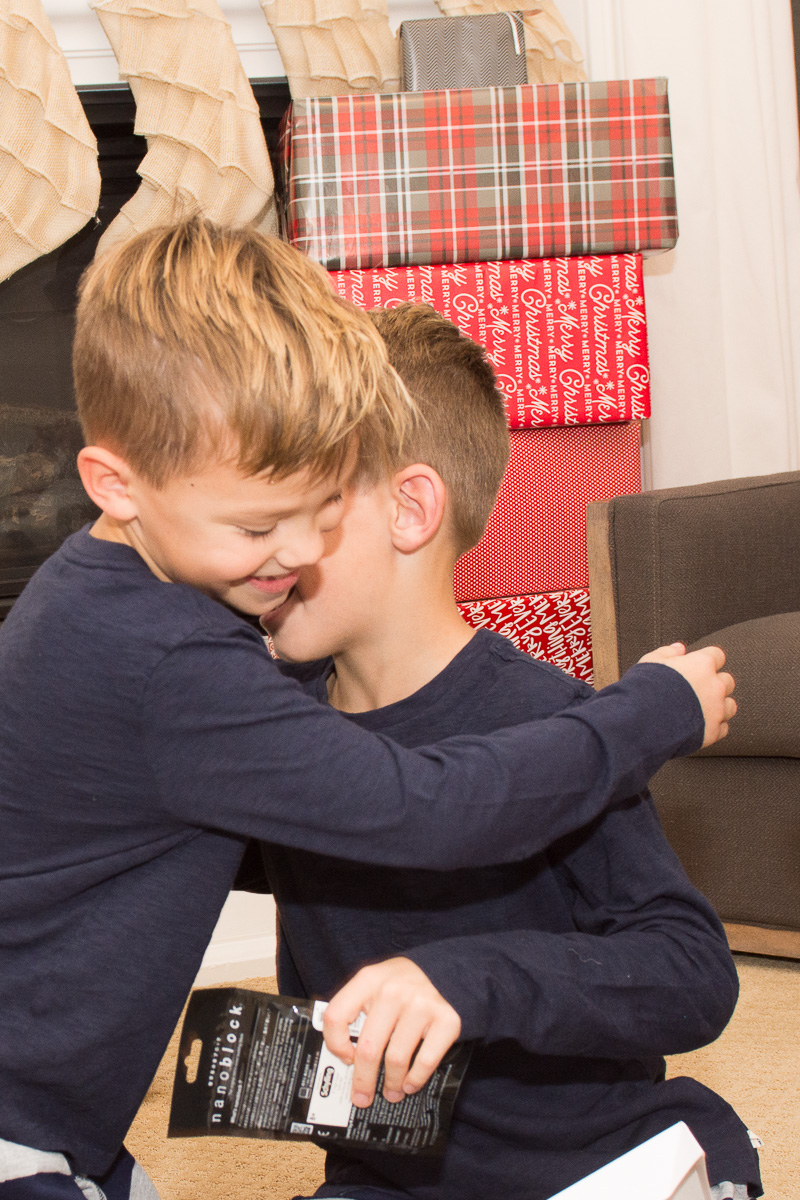 Crew had Nash and gave him a Harry Potter paper flyer book. 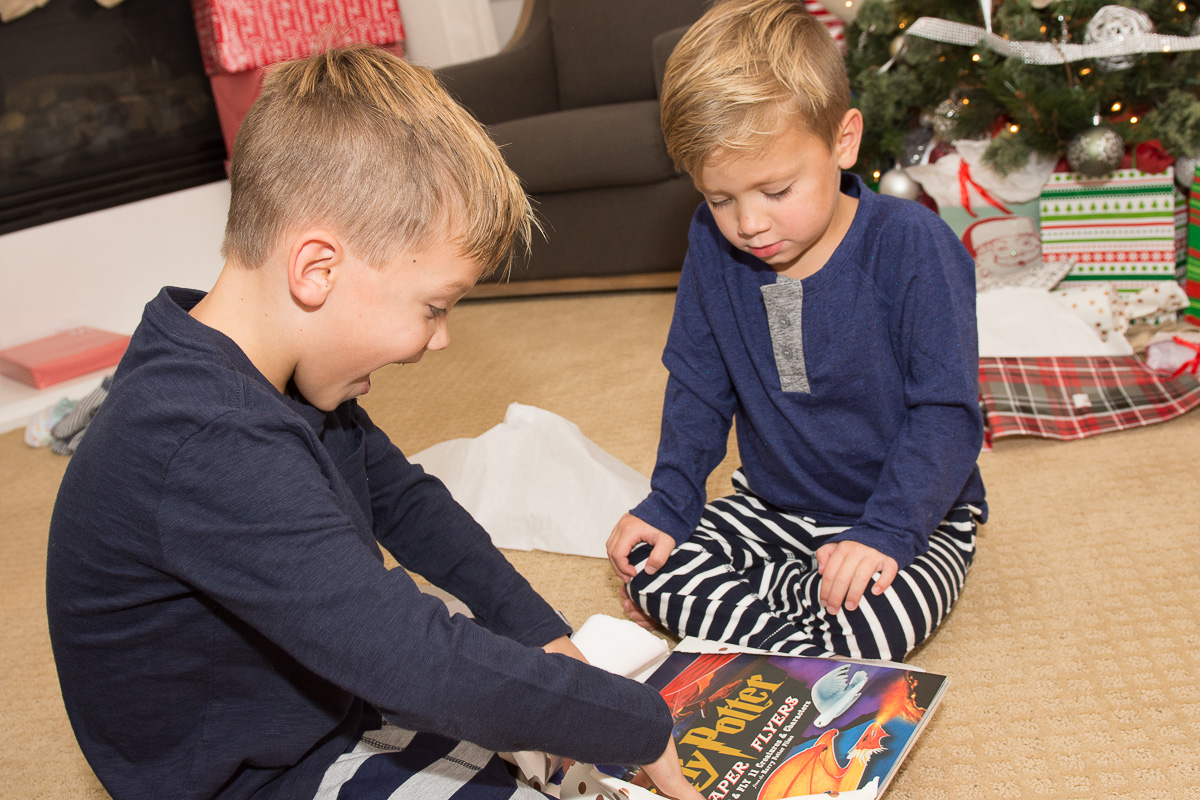 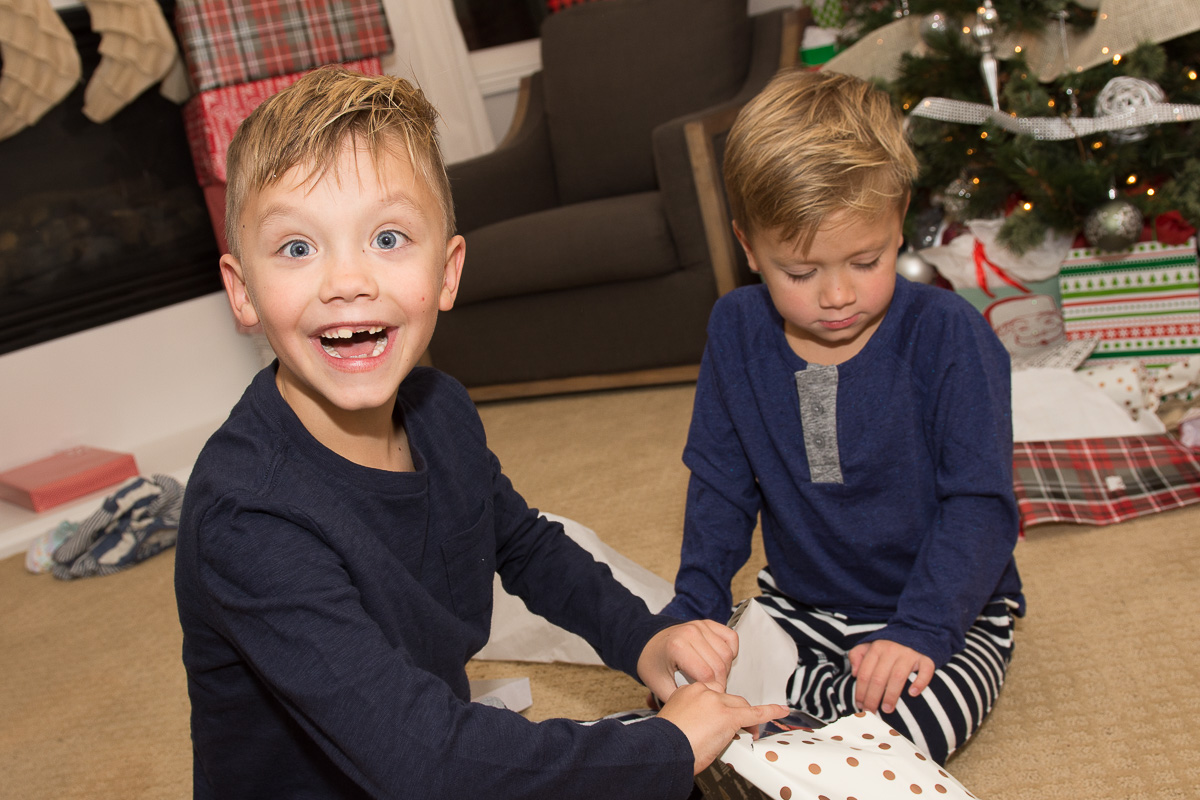 Next up was Crew. 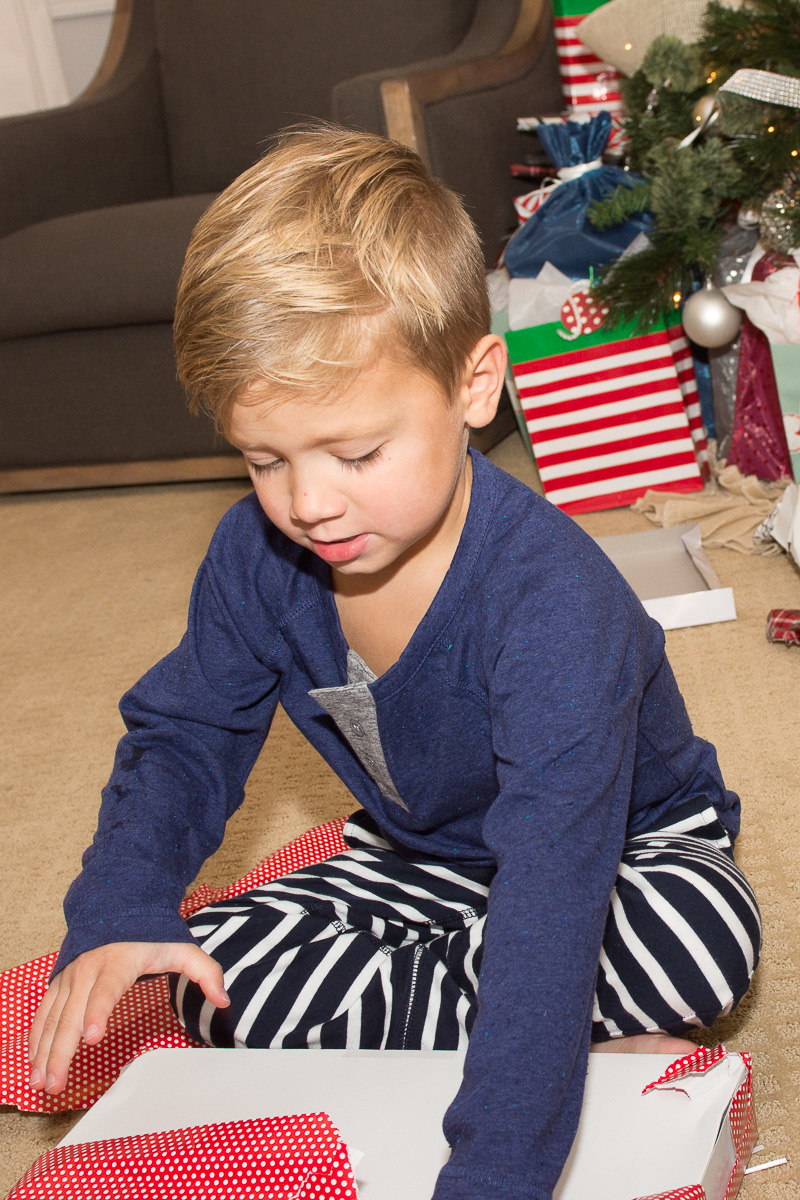 Finn gave him reindeer antlers he was dying to have. 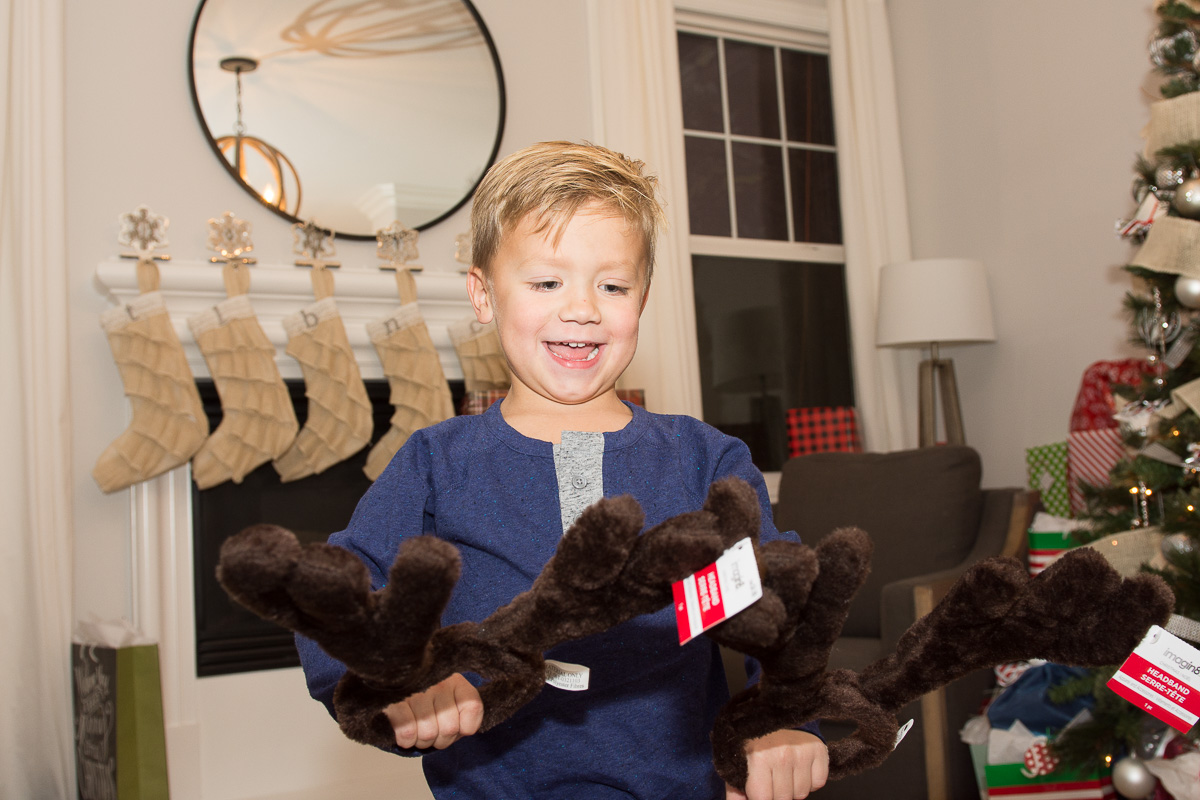 So funny the things they find so much joy in. 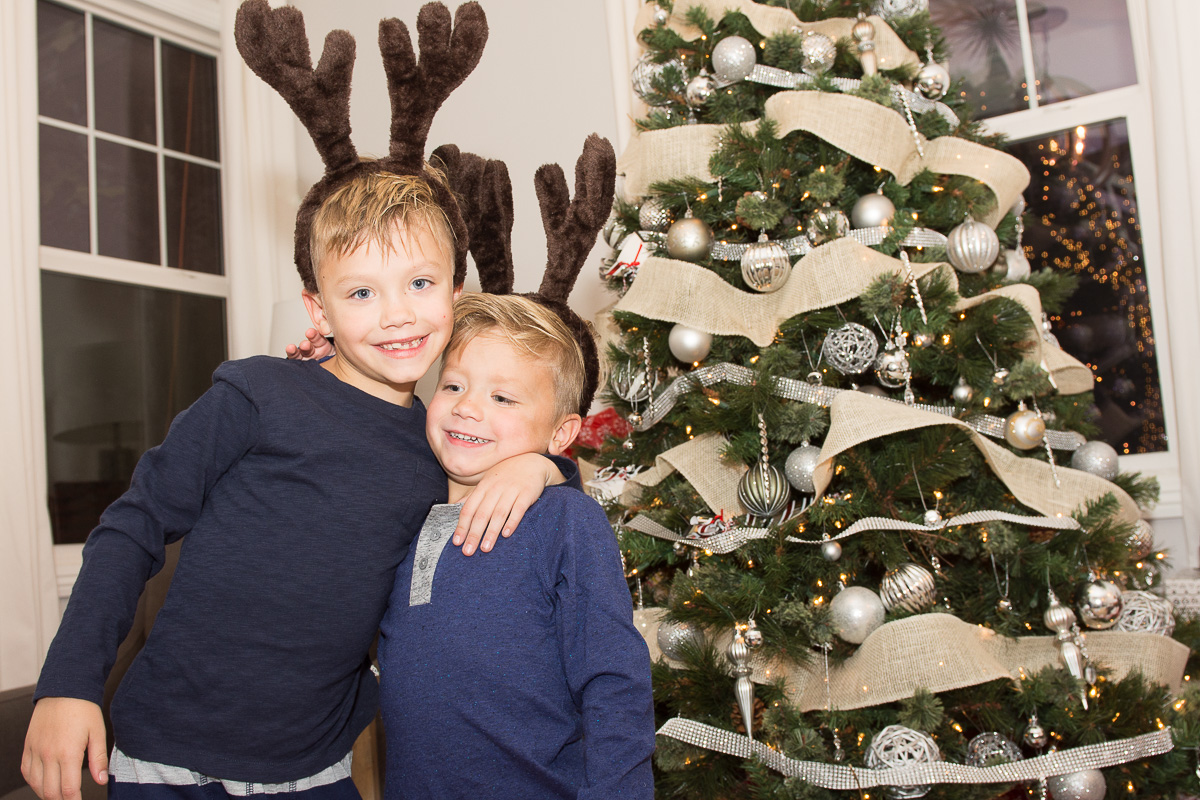 Last to open was Finn. 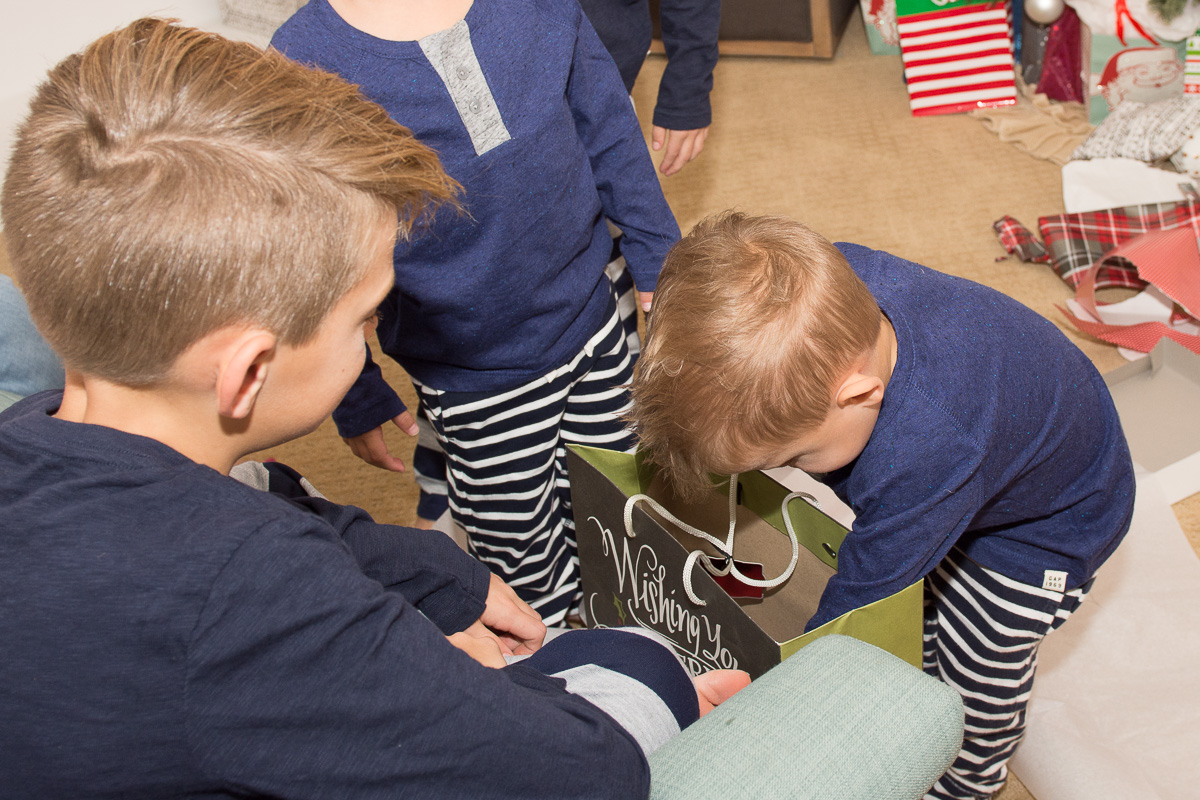 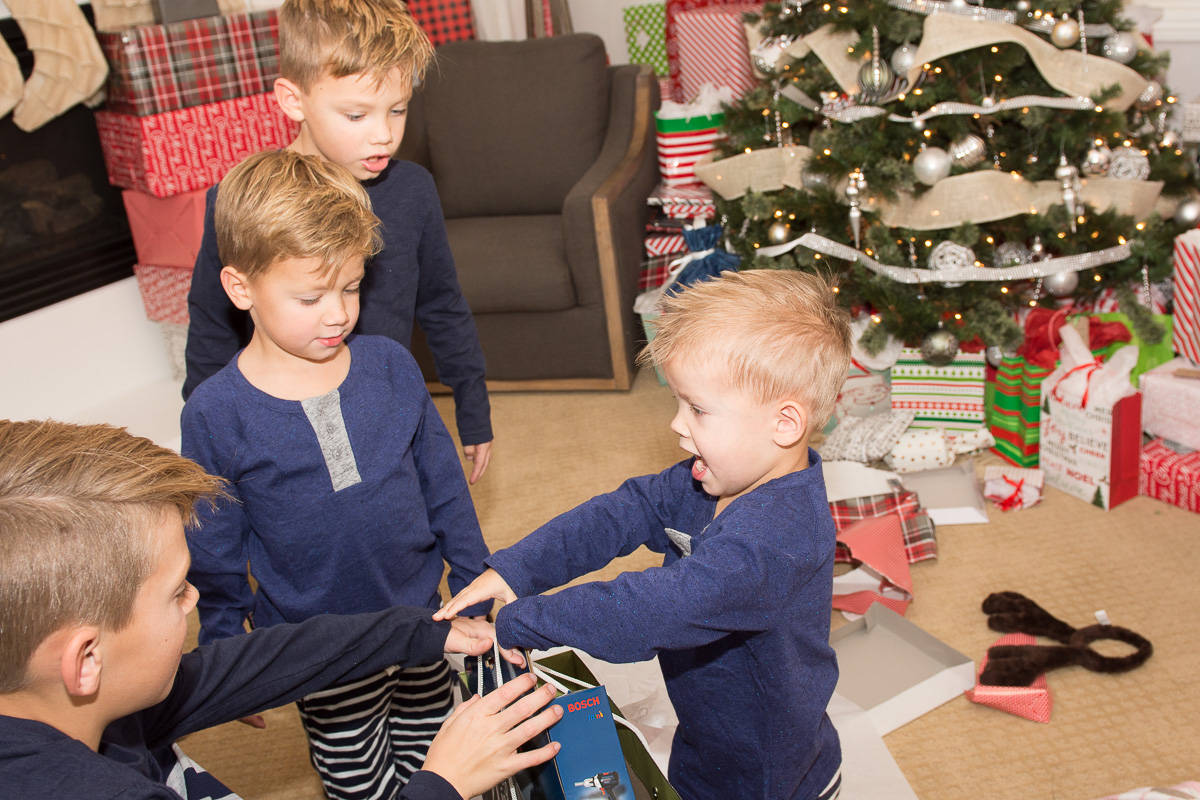 Blake picked out a toy screwdriver for Finn and it was a hit. 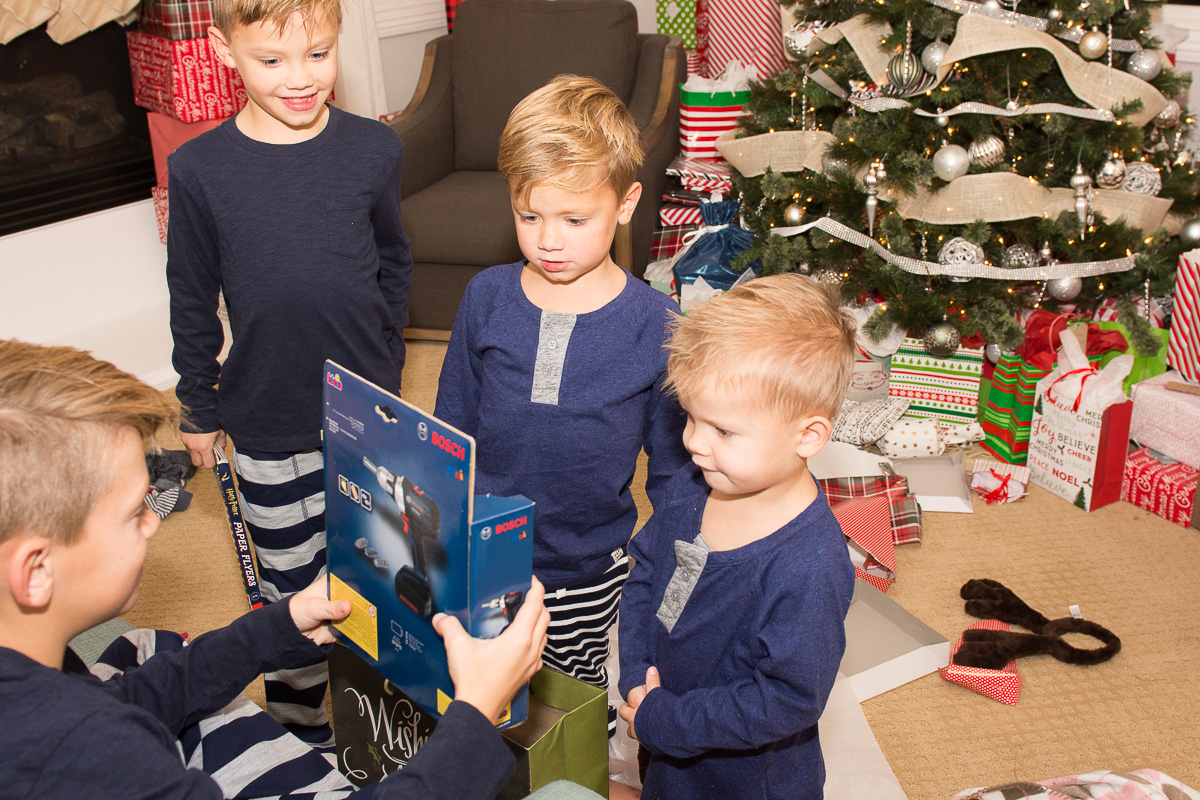 There’s always so much love seeping out from the givers and receivers during the sibling exchange and I love that we do it separately on Christmas Eve.

We capped off the night with a wrapping paper fight. 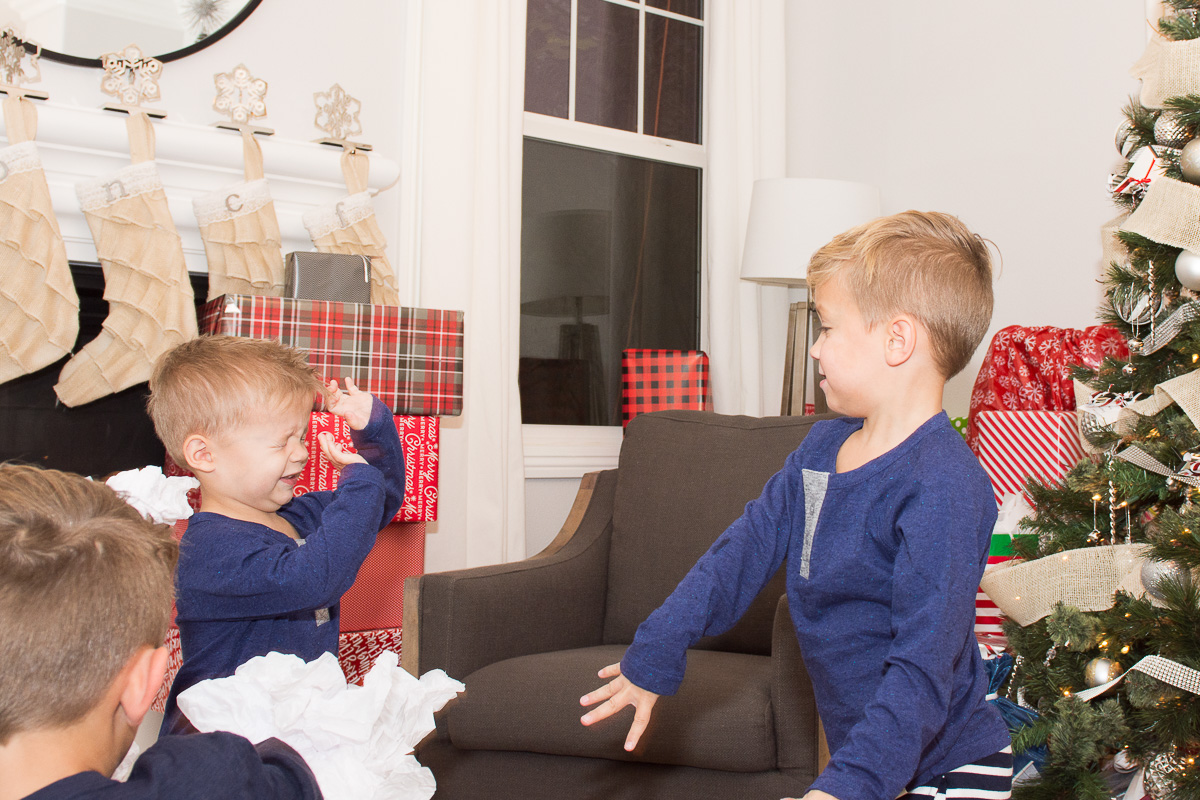 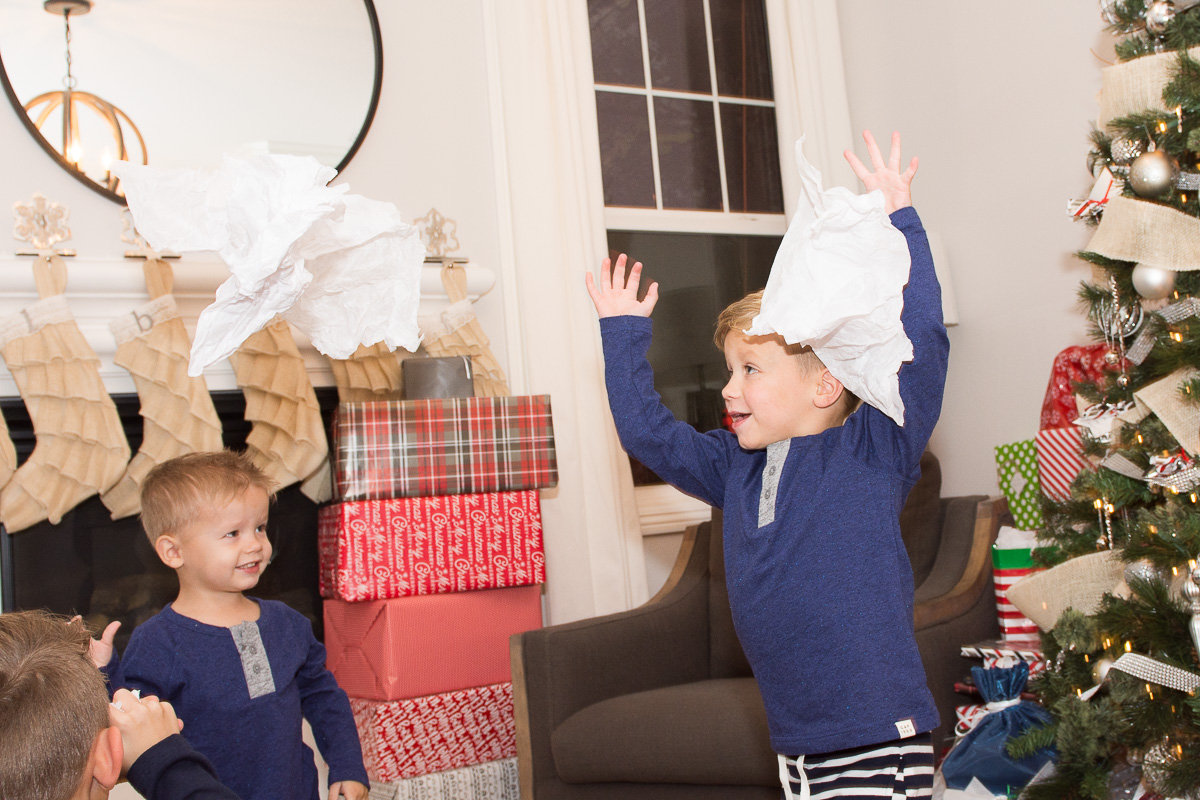 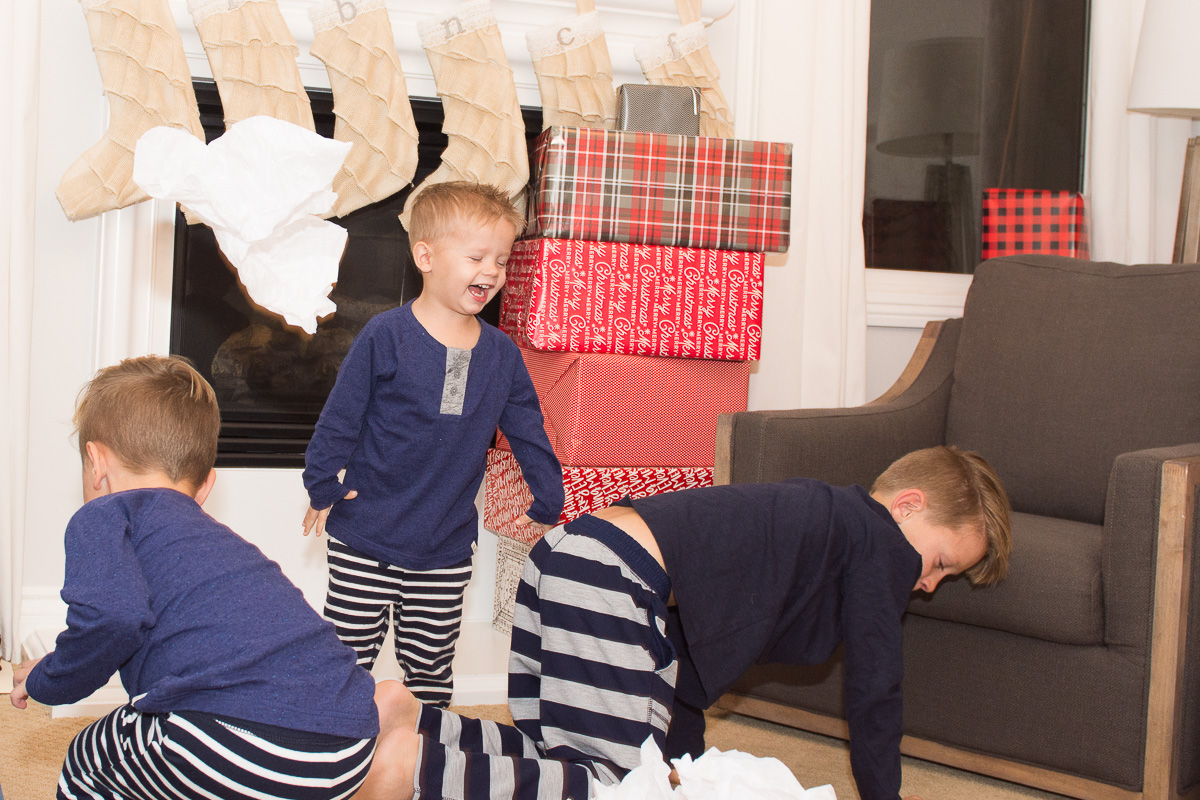 Before we tucked the boys into bed, we all gathered on our street to see the grand reveal of my brother’s light show.

My brother Jorden has aways been into decorating with Christmas lights and each year gets bigger and better. This year, he taught himself how to use software to sync an entire light show to music.

He came to California for Christmas and decided to take all of the lights off his house in Utah and bring them to California. He replaced my second story Christmas lights with quite the spectacle of lights. The lights danced to music from our own radio station channel so drivers could watch and listen from their cars.

Jorden spent an entire day walking around on our roof and building structures to set up the lights. My mom and I were simultaneously wrapping gifts in the upstairs guest room and had the windows open so we could feel the breeze. We were all in our own worlds with the tasks we were working on. I mentioned to my mom that I needed a screwdriver to assemble one of the gifts I was wrapping, and instantly, my brother’s arm appeared through the window with a screwdriver in hand.

We still laugh to this day about the magical appearance of the screwdriver.

The boys thought our synchronized light show was the coolest thing ever and they went to bed while visions of sugarplums danced in their heads.