The overarching memory from Christmas 2017 was how sick everyone was. The photos don’t show how many people were coughing, sniffling or had fevers. There were some that didn’t eat Christmas dinner and some that spent a good portion of the day in bed.

We had a lot of presents to get through with eleven people and we couldn’t make it through in one sitting. We opened one round in the morning until people starting dropped like flies and finally made it through the rest in the afternoon. 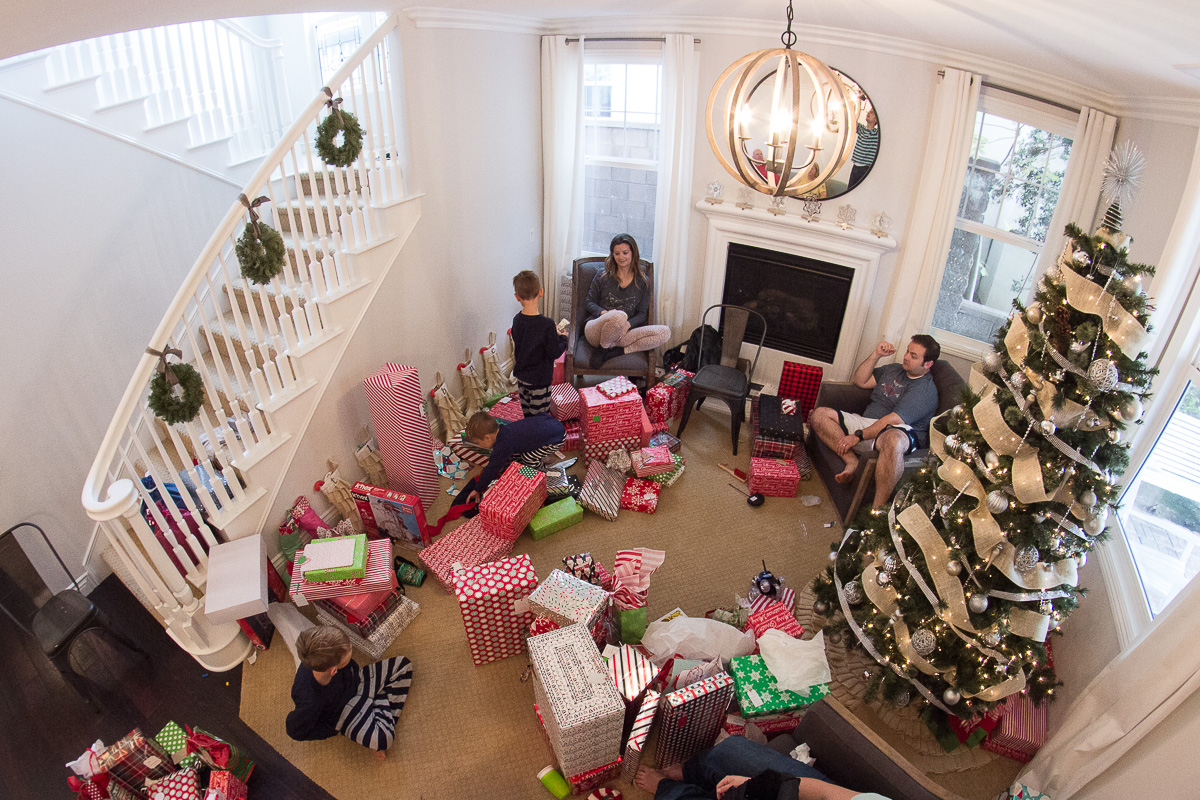 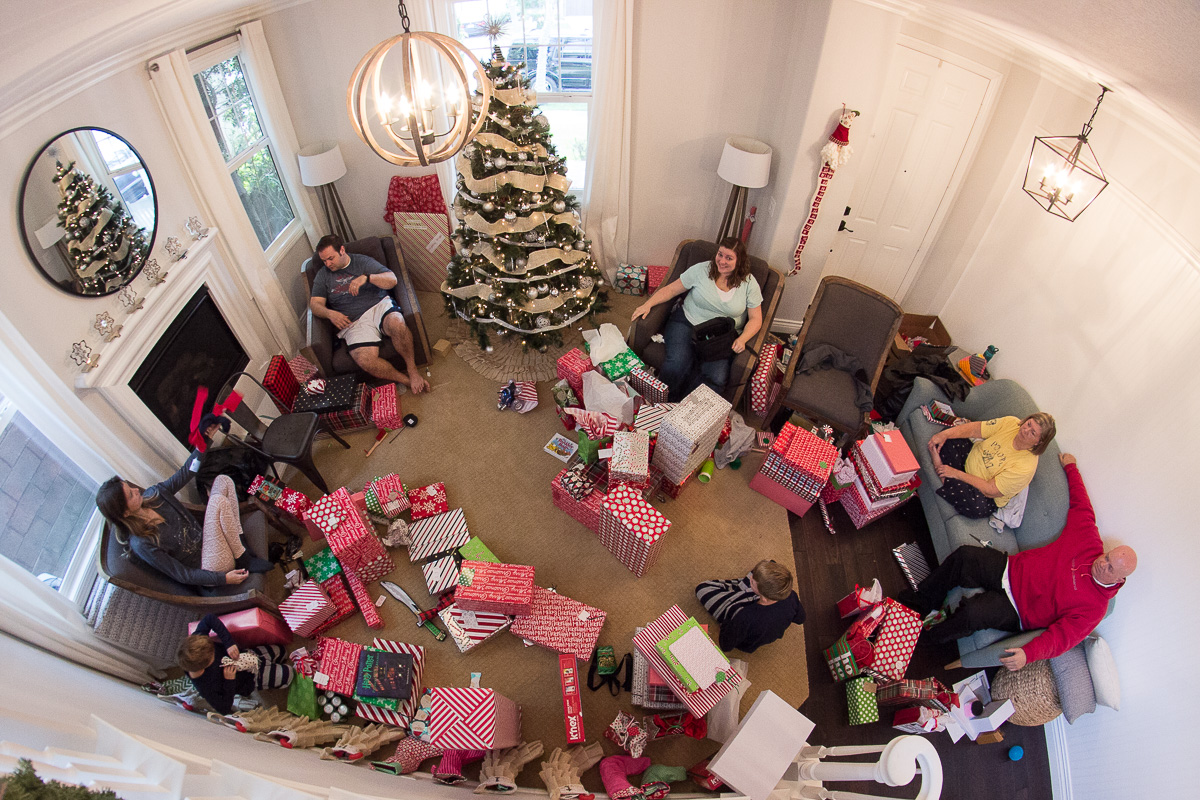 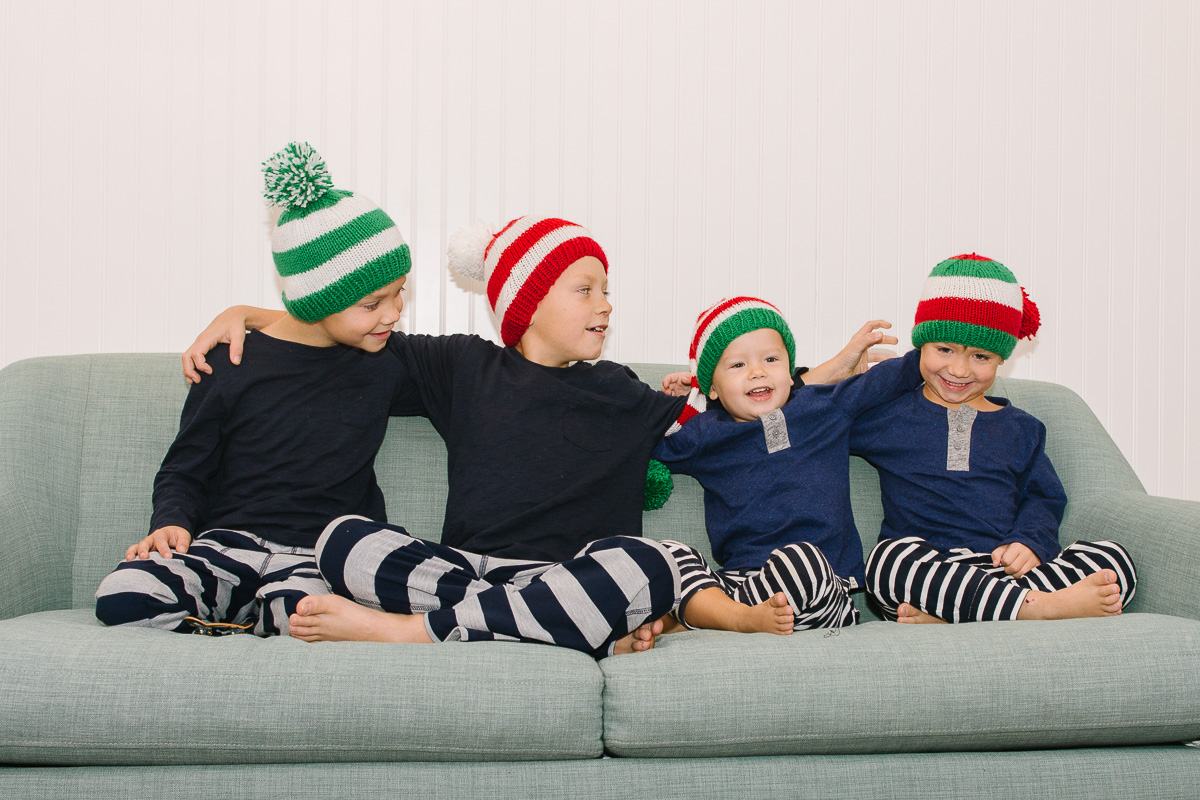 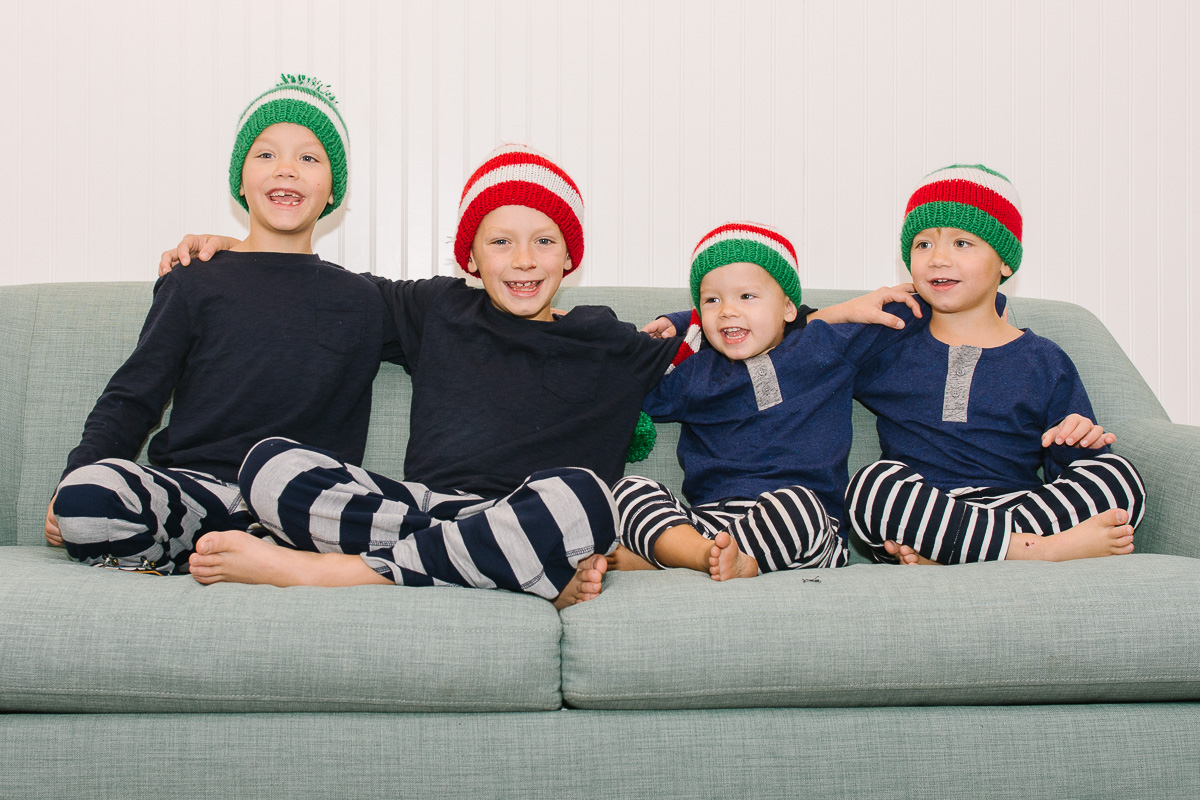 The boys were excited about their one present from Santa. We always open presents from youngest to oldest. 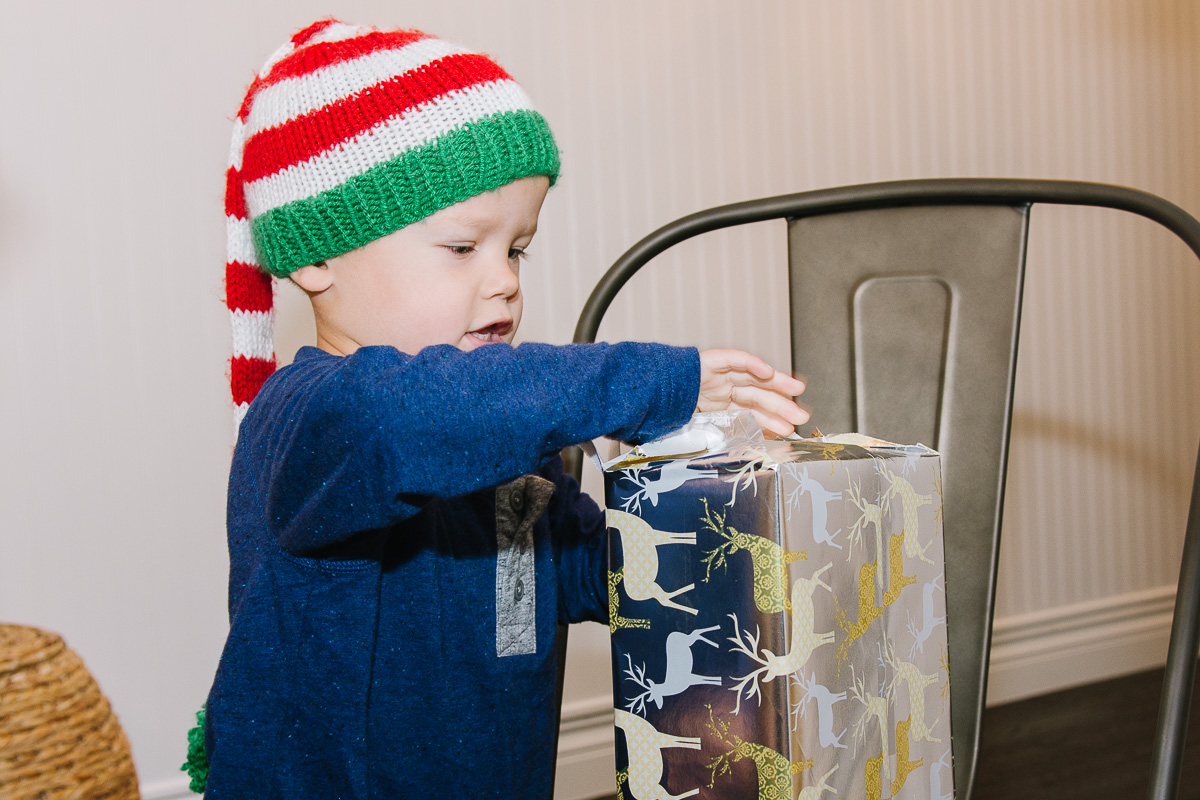 Finn got a dancing robot that didn’t make it more than a month without breaking. 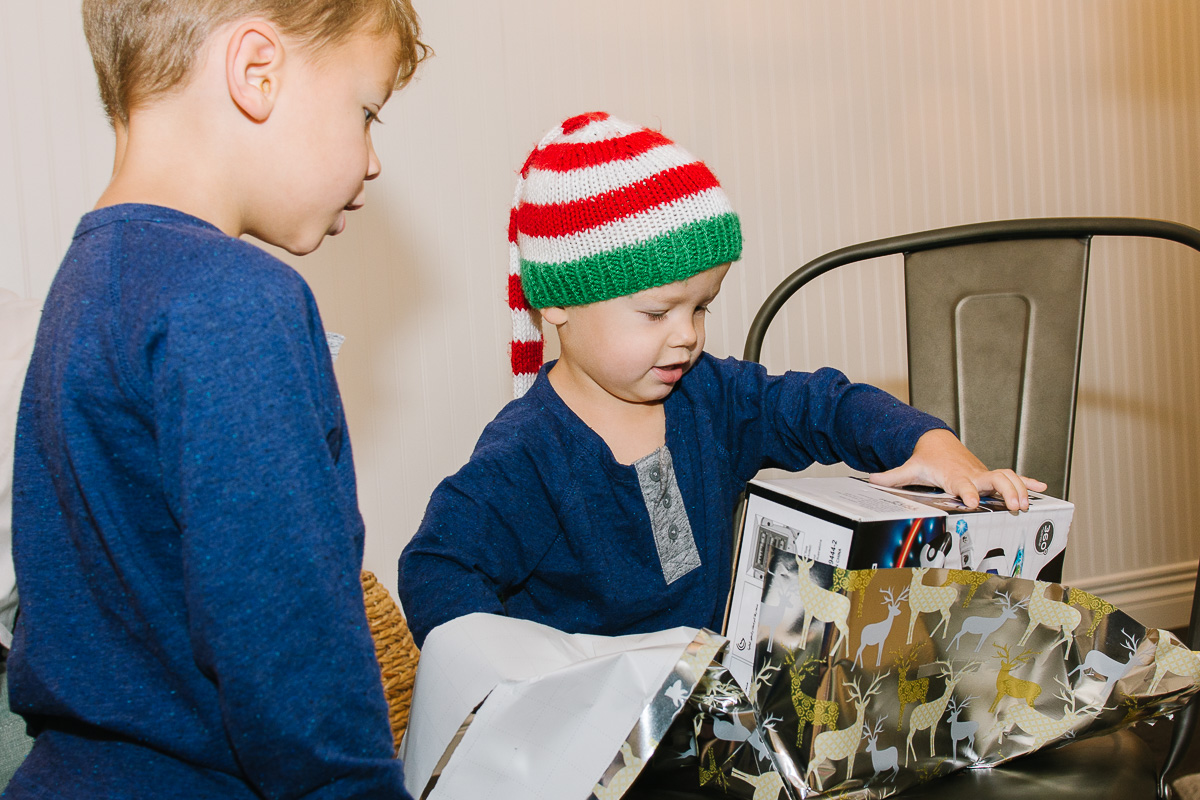 Crew’s one request was a ninja sword that he eyed at the LEGO Store and cost under five dollars. 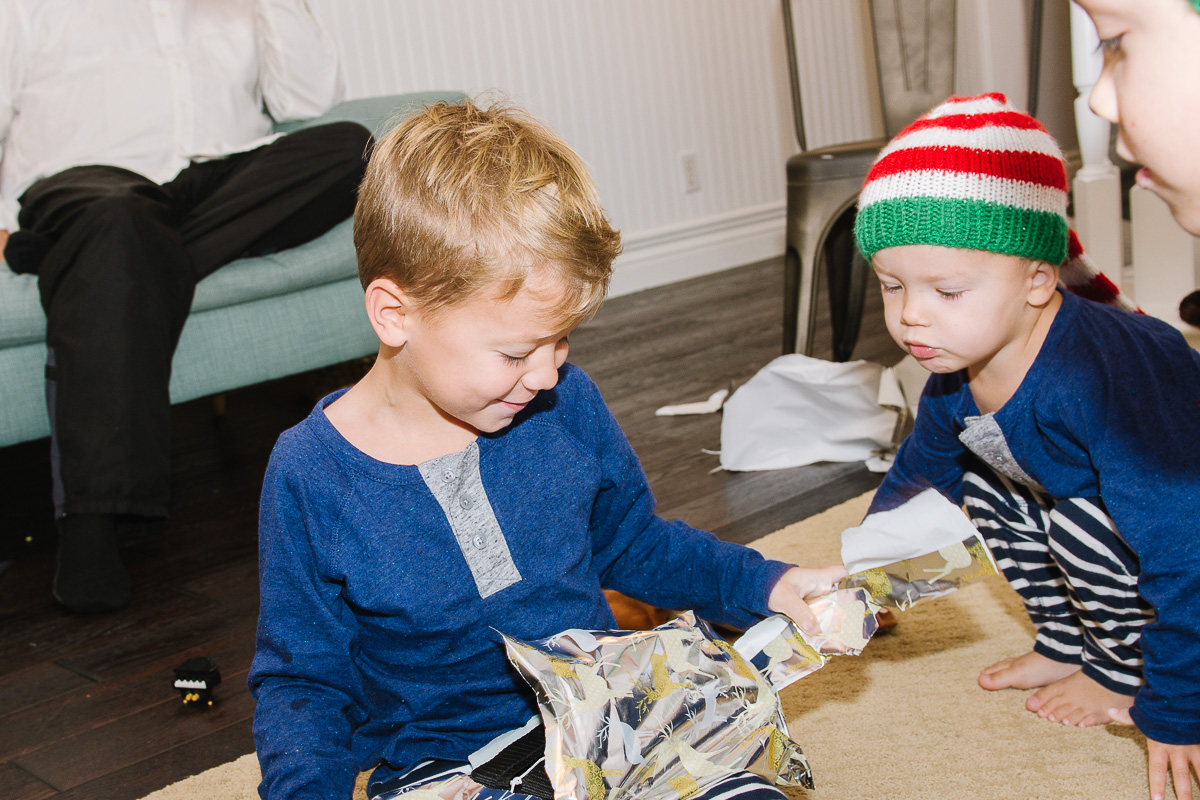 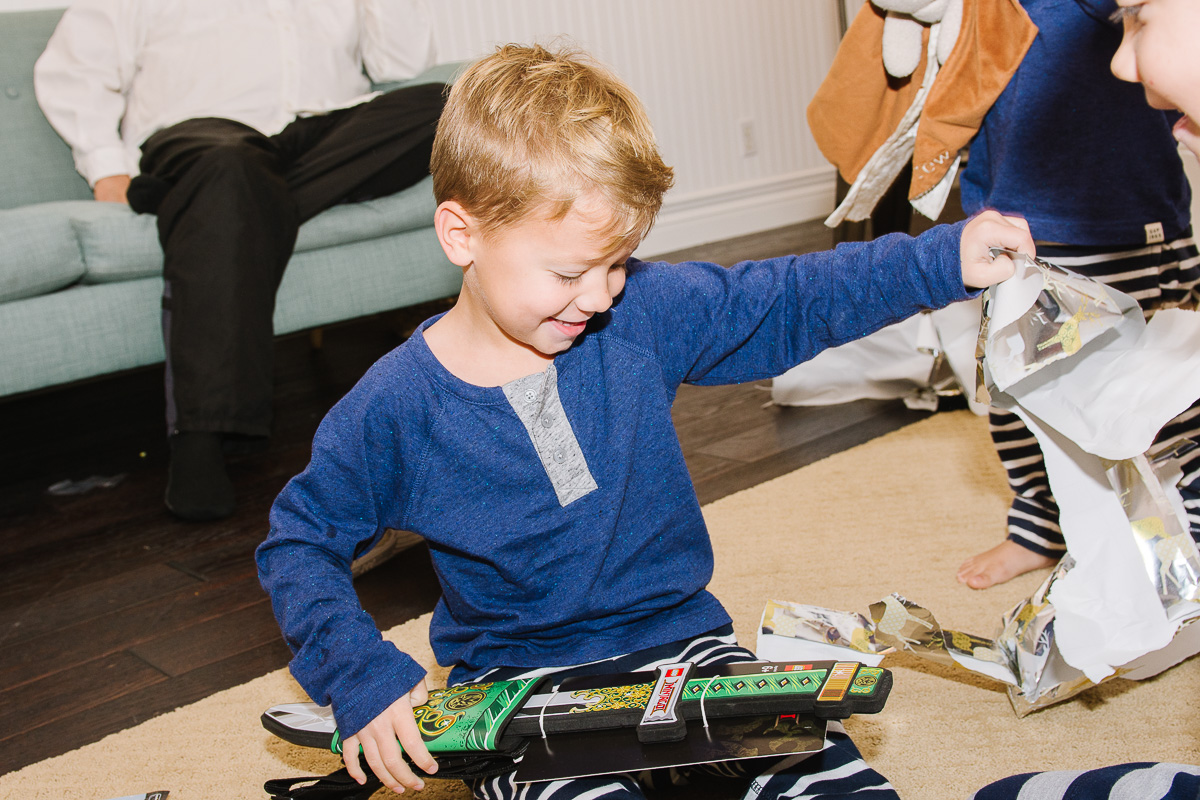 Nash had his heart set on one particular LEGO set. 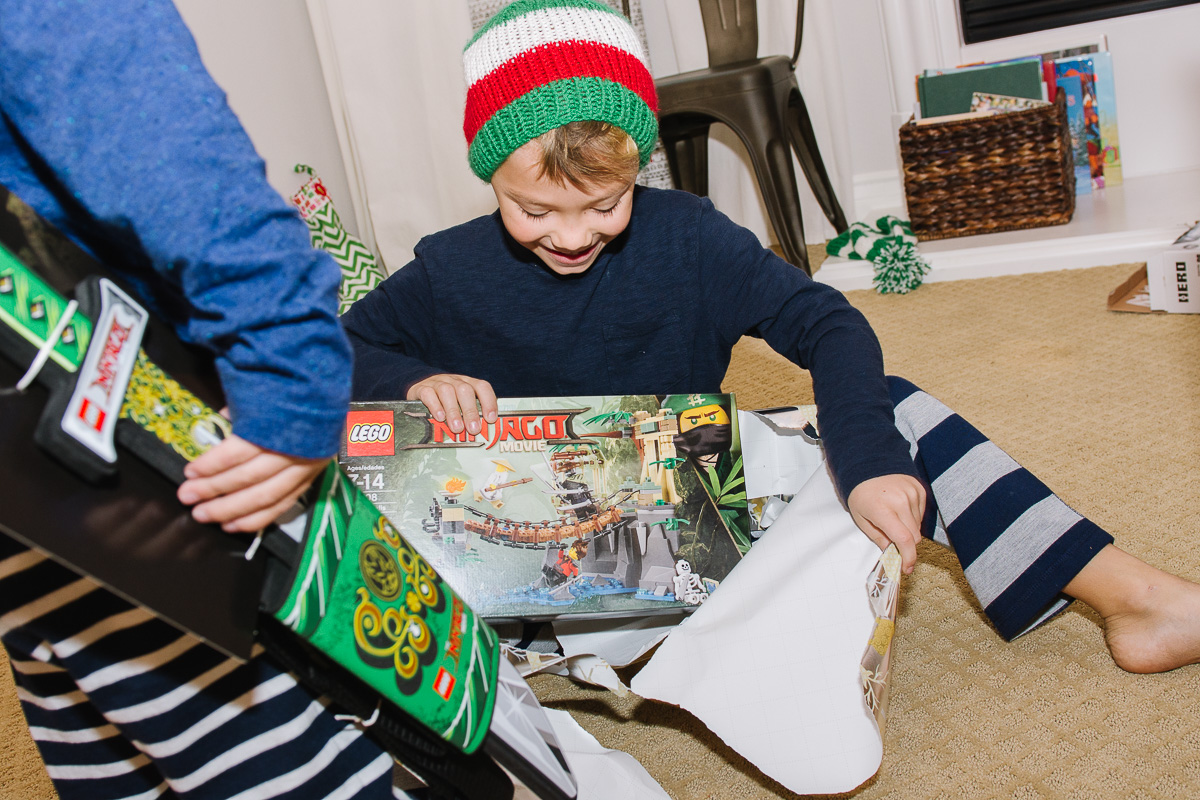 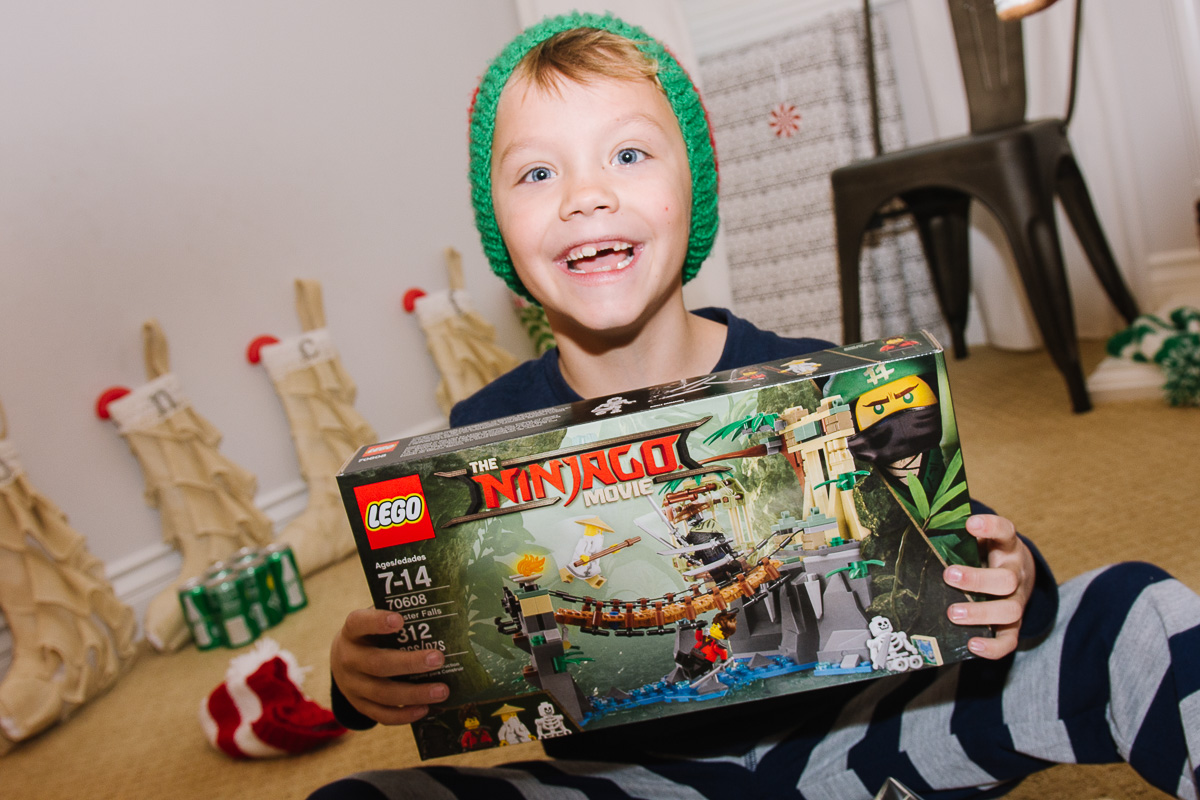 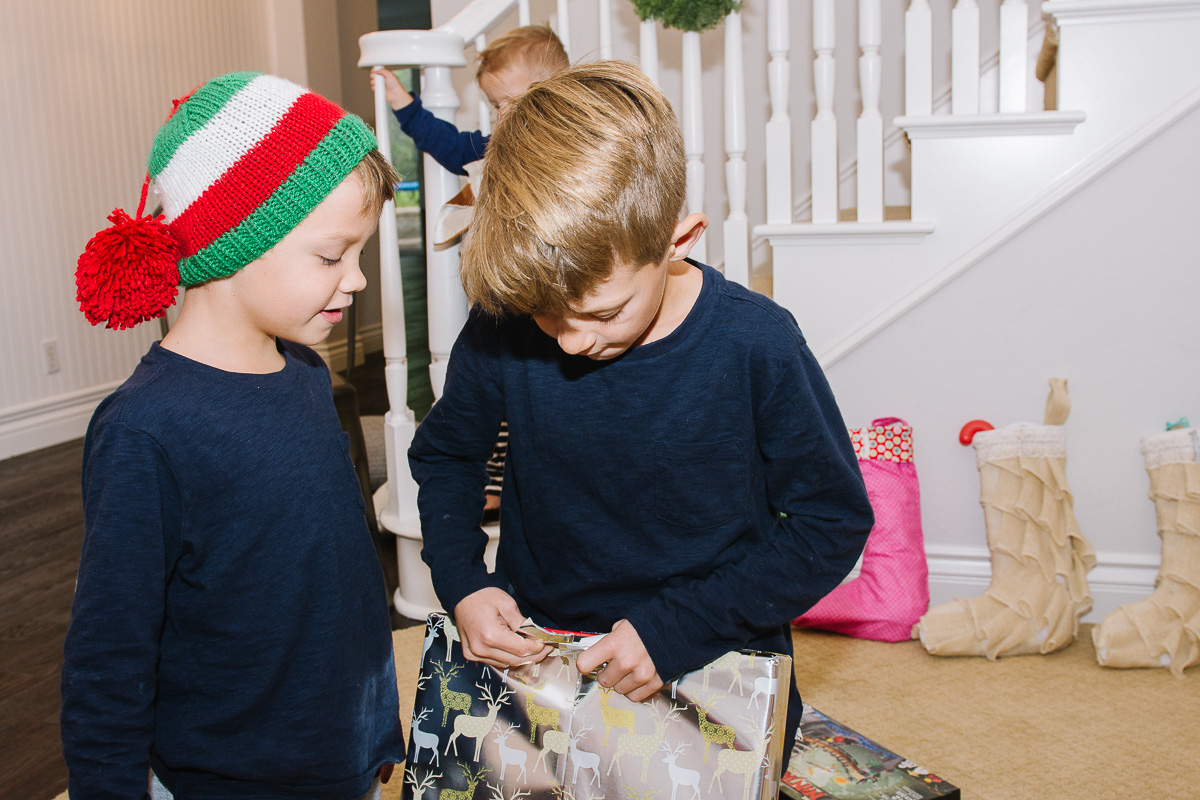 Blake loves all things roller coasters and I loved how excited he was about a K’nex roller coaster set. I have a feeling the boys’ wish lists are going to change in the near future and I’m enjoying the years when they still ask for toys. 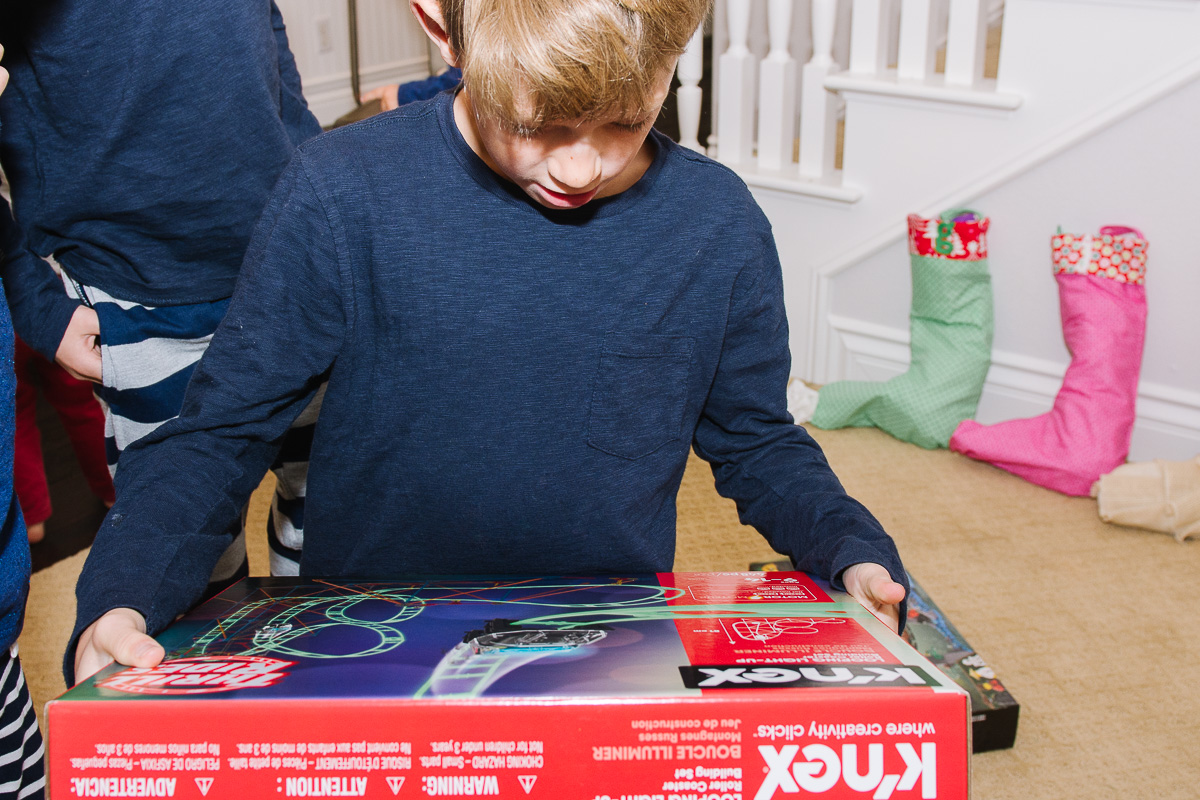 We slowly made it through the rest of the gifts. I actually love that it takes a long time and we don’t just tear into everything all at once for a few reasons. First, I love to see what everyone opens and the expressions on their faces. Second, it gives the receivers a chance to be grateful and appreciate each gift, knowing that it’s going to be awhile before another turn. Third, what else do we have to do on Christmas Day besides sit all together in one room? And finally, so much time and effort goes into making lists, buying gifts and wrapping them and I don’t want it all to be over in a flash. 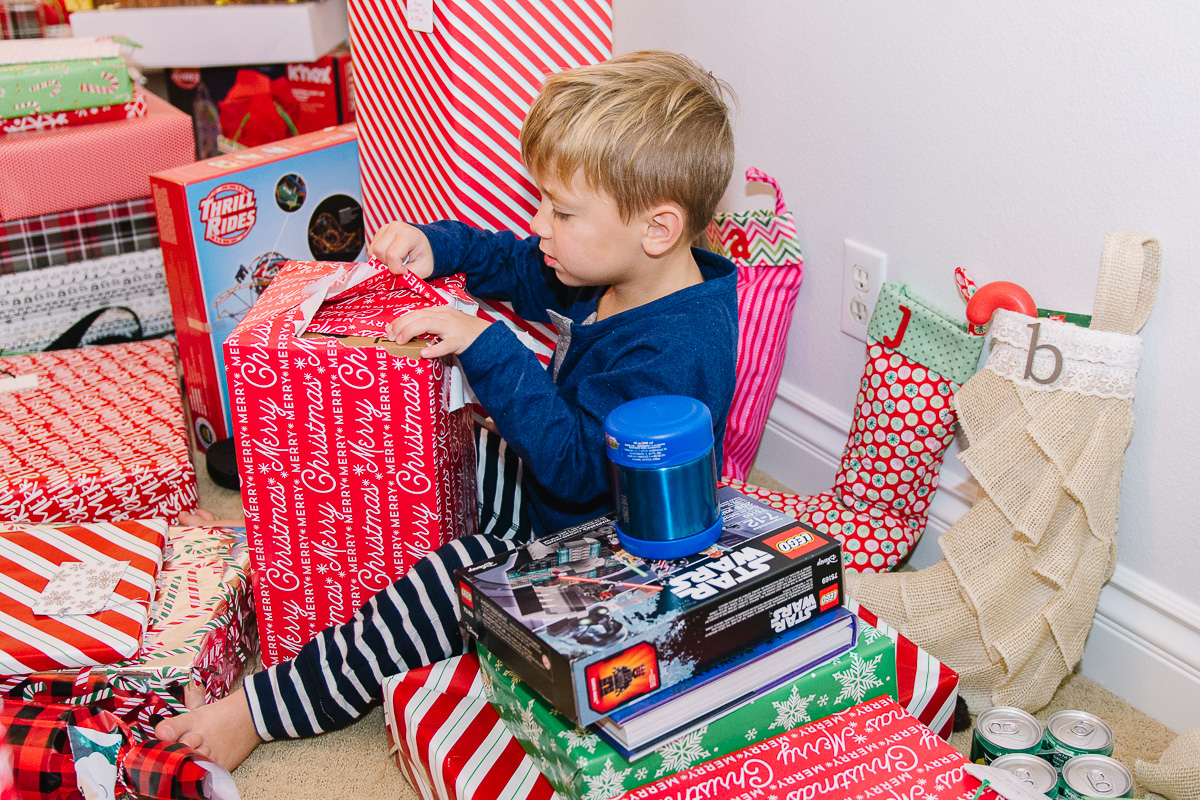 One of the presents I had picked out for the older boys almost ended up being a mishap. 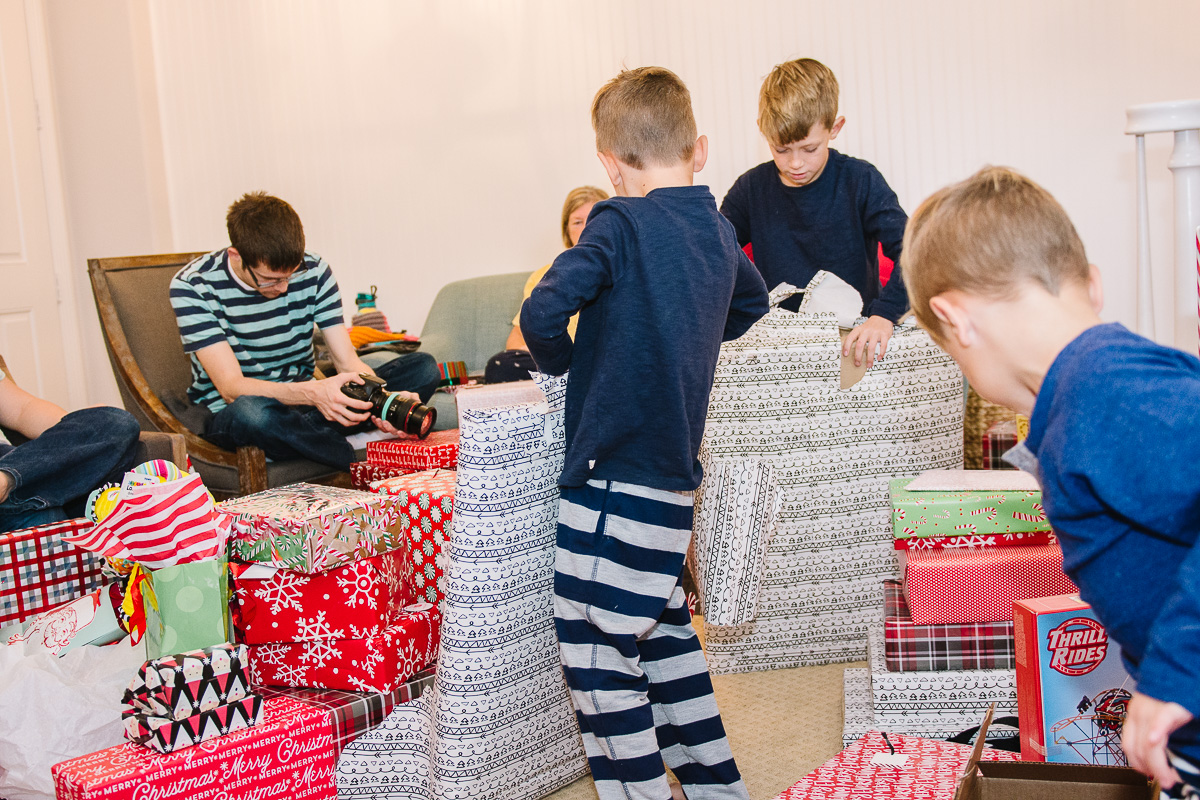 A few days before Christmas, I was taking a rough inventory of the packages I had received in the mail. They were mostly stacked in our hallway, still in the shipping boxes. But I knew I had ordered some blueprint posters for Blake and Nash’s room and I still needed to buy frames to put them in. I searched through the pile of boxes and came up short. I pulled up my Etsy order form and realized that I didn’t update my shipping address and they were delivered to our old house in Utah, that we had moved out of three years earlier.

I called a friend who lives a few streets away from our old house and asked if she would mind knocking on the door to see if the package happened to be there. Luckily, the new owner had kept the package and wasn’t sure what to do with it since she didn’t have my contact information. My friend took the package and it just happened to be a few hours before my brother was leaving to drive to California, so he was able to pick it up and bring it to us. Whew, what good timing.

Blake and Nash loved their blueprints of their favorite things and they look great hanging over their dresser. 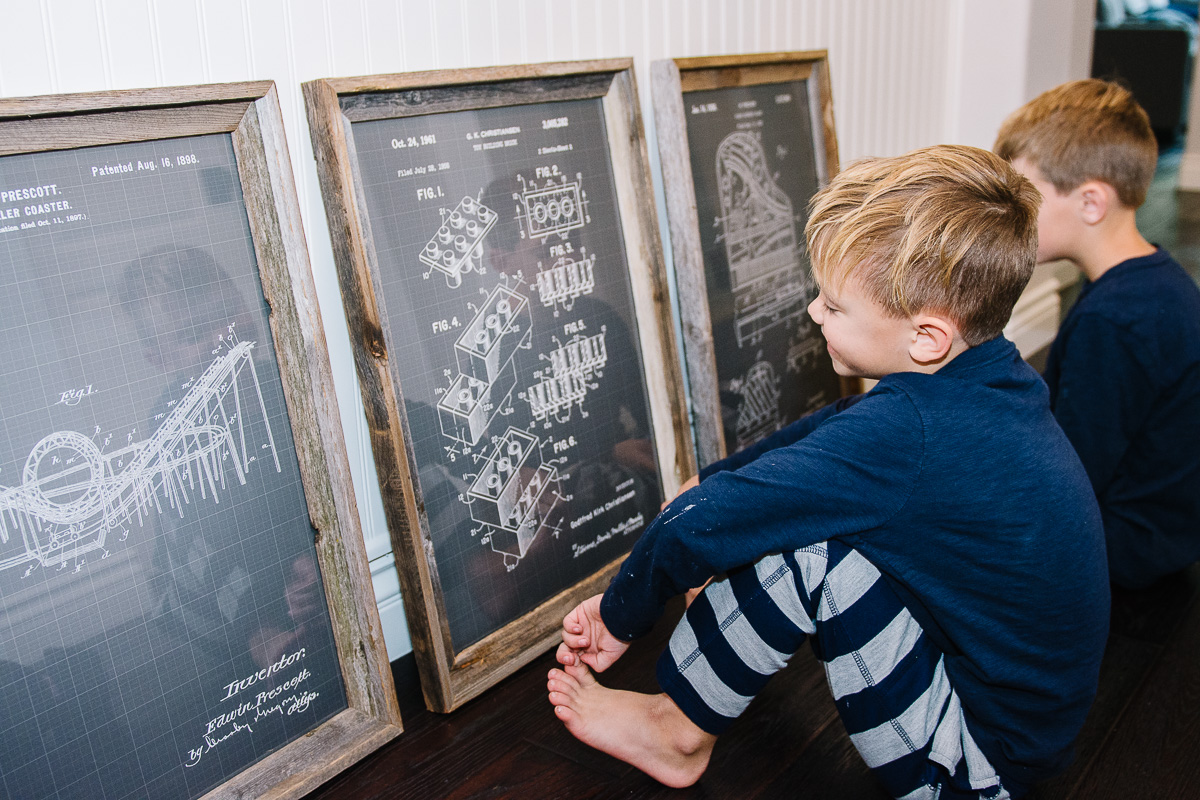 We loved hosting our first Christmas in our new house, but we’re hoping that next time will involve a lot less illness. 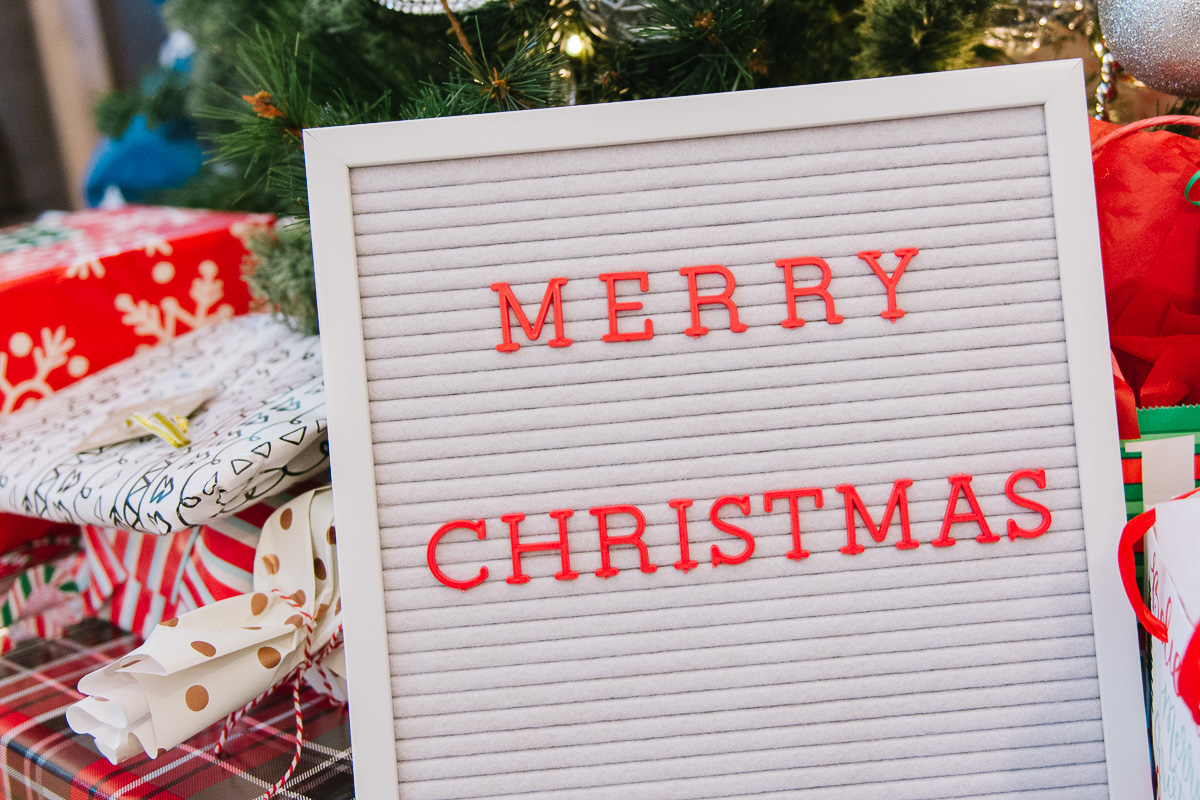