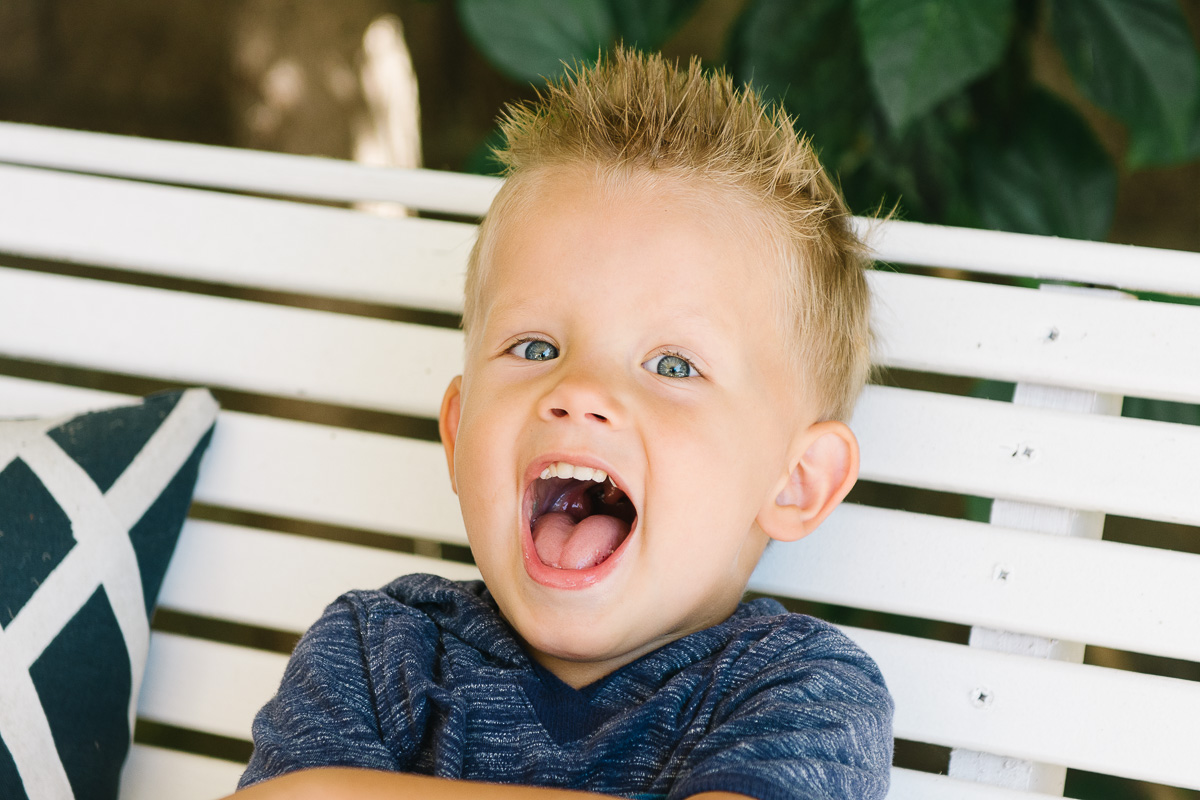 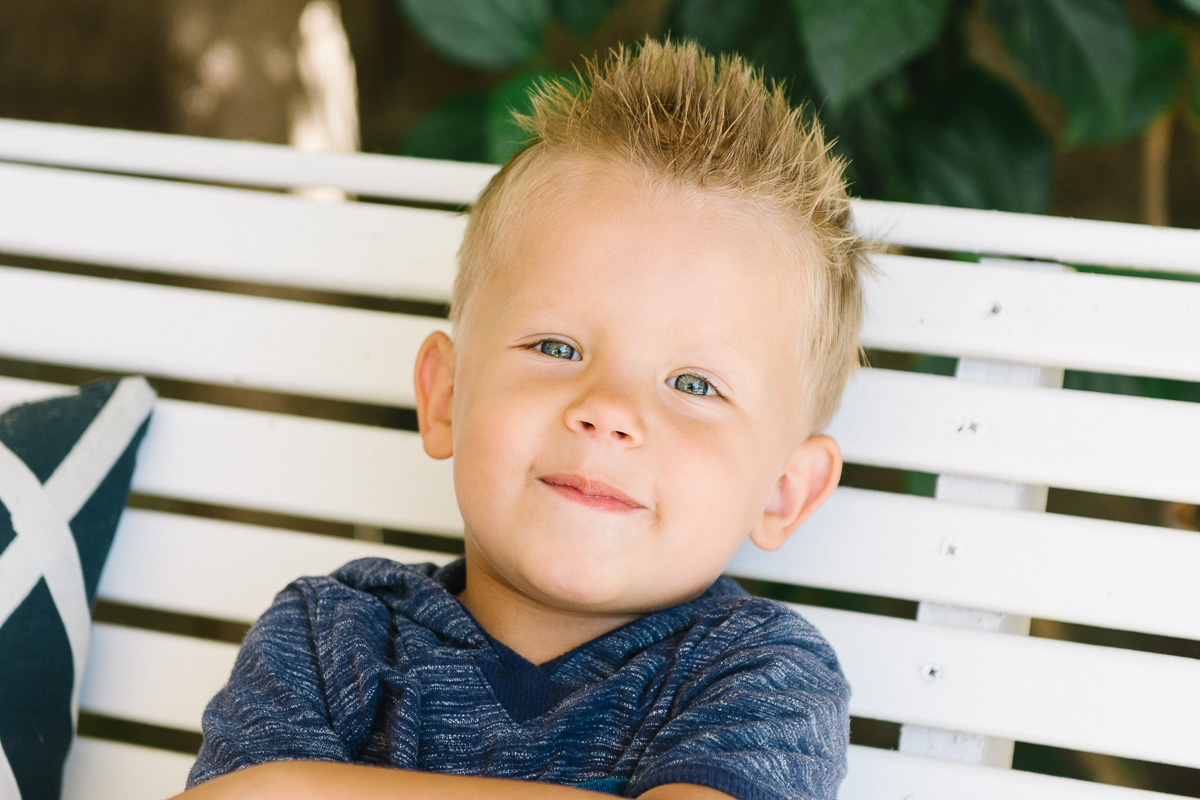 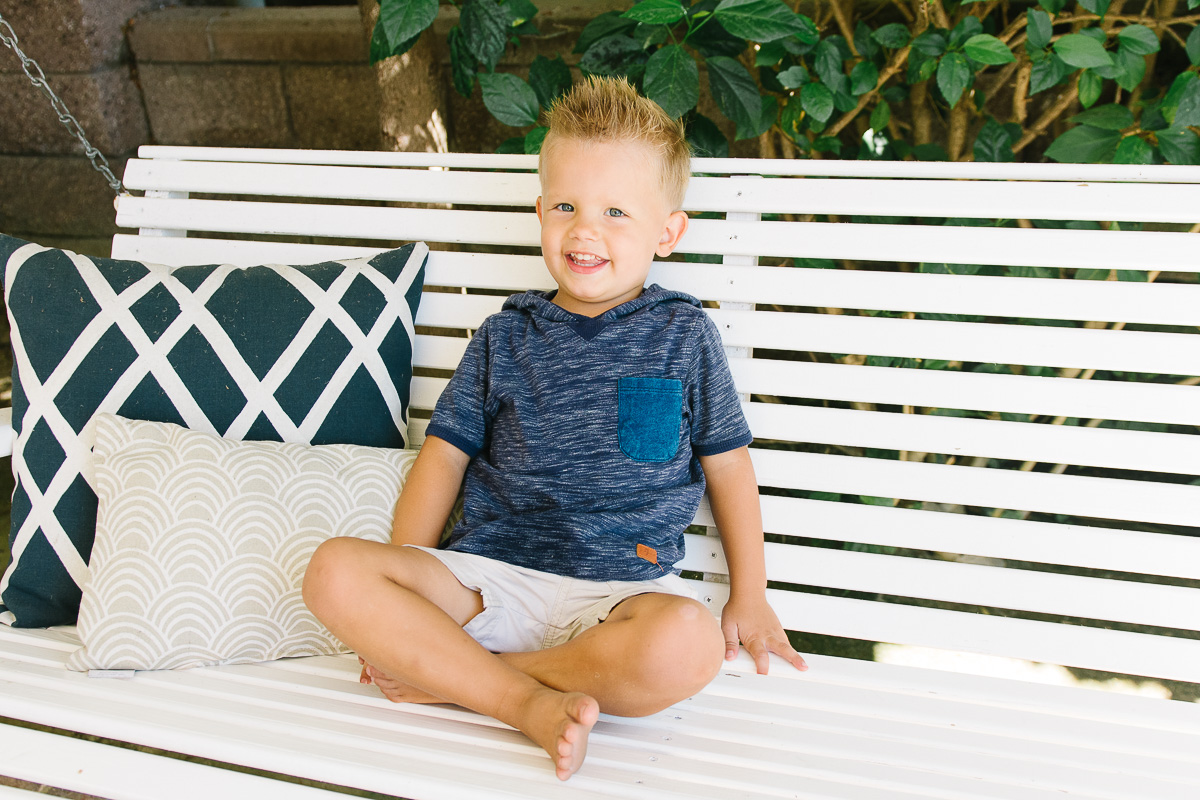 He only had one wish for his birthday; a robot cake. I did my best to make his robot cake dreams come true, even though it meant scrambling at the last minute to find the right cake pan and cake supplies. 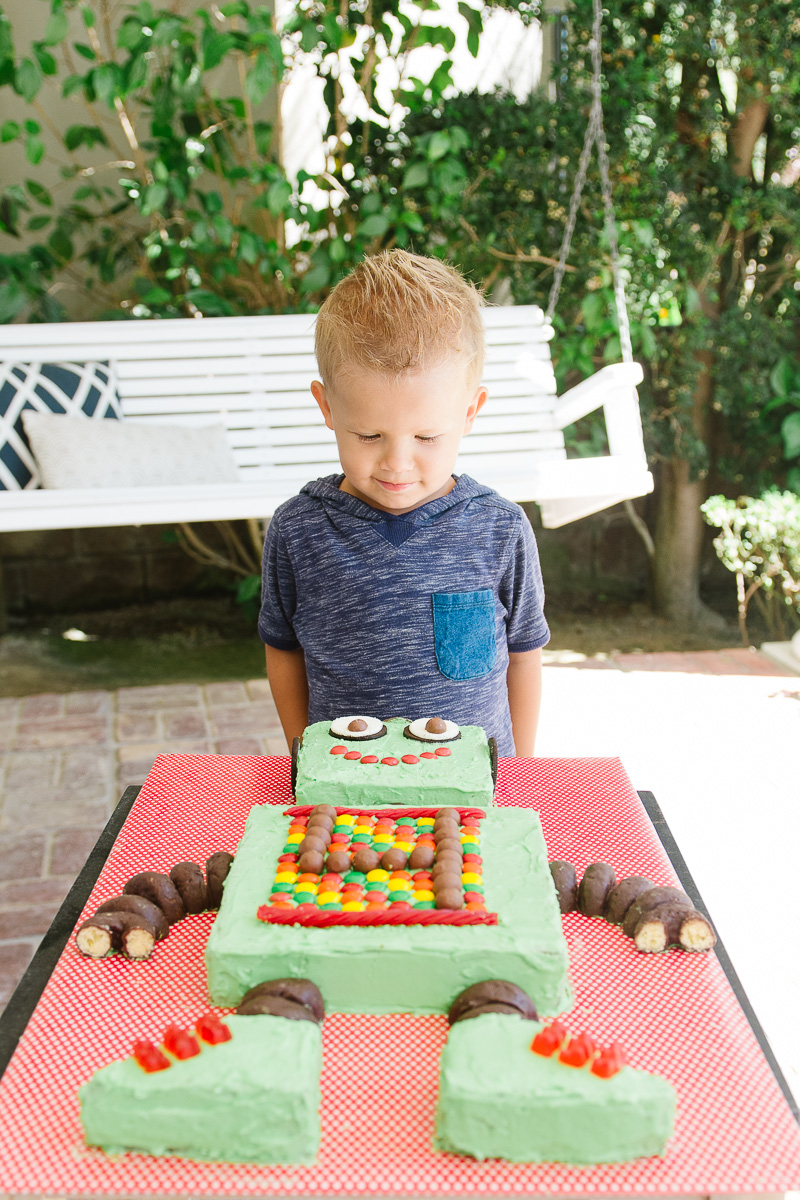 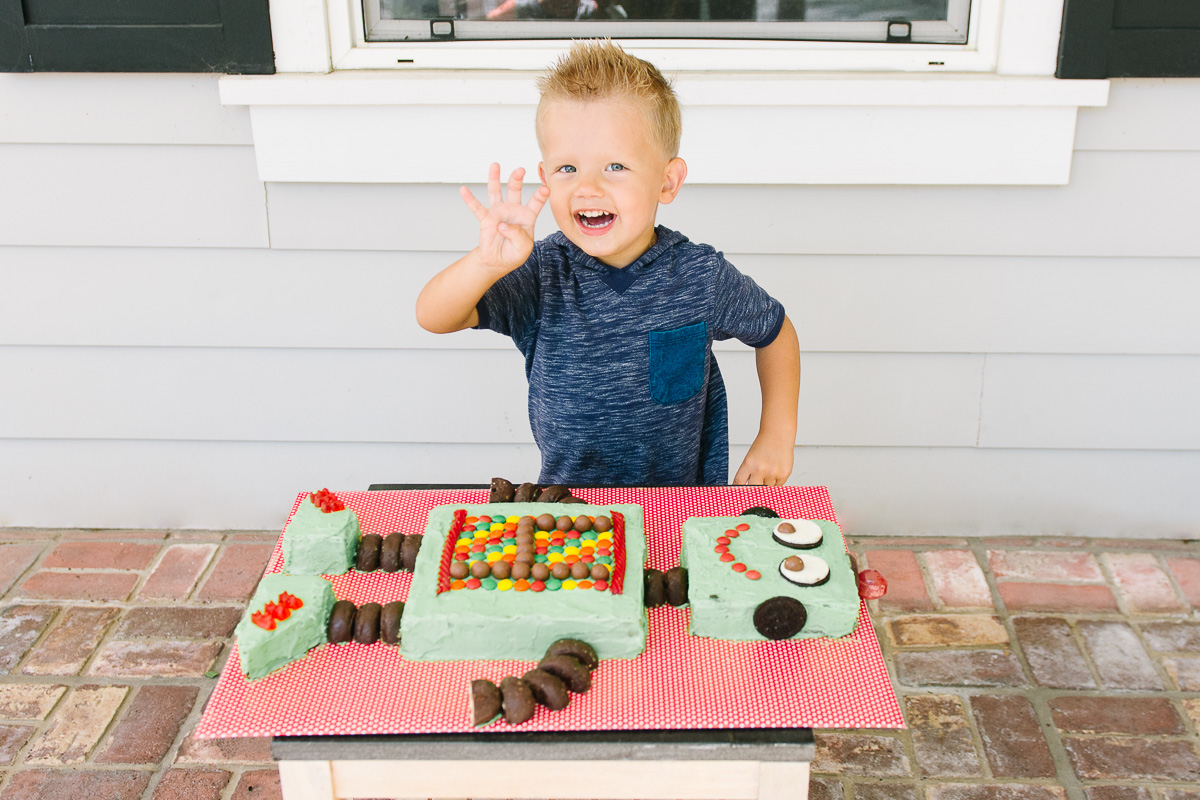 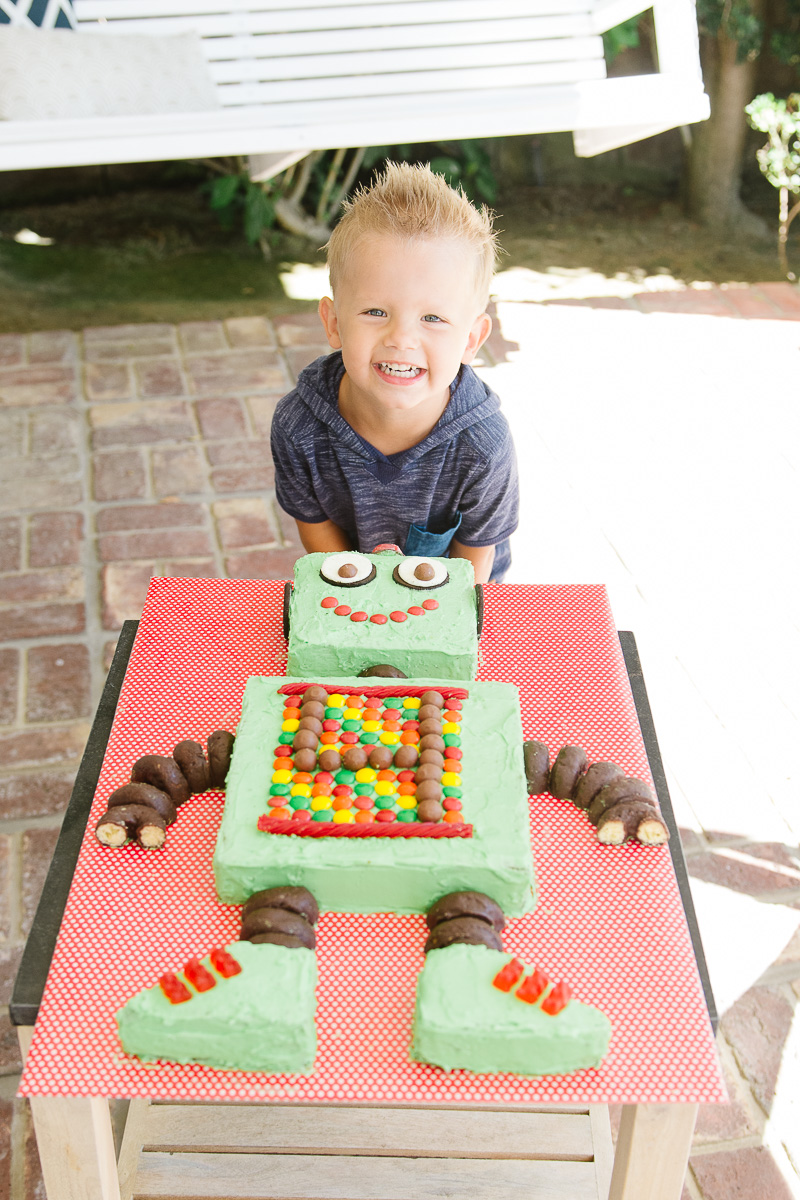 Finn’s birthday fell on a Thursday, but Troy was out of town for a work conference until Friday morning. We figured Finn was too young to know the actual date of his birthday, so we pretended like it was the next day. That only backfired when he showed up at preschool on Thursday and his teacher put the birthday crown on him and wished him a happy birthday. He responded, “It’s not my birthday!” It caused some confusion with his teacher but we had a funny chat about it later clearing up the situation.

We started with cake on his next-day birthday and then headed out to a children’s museum and dinner. His only other request besides a robot cake was to go swimming so we ended with a night swim. Four year olds are easy to please. 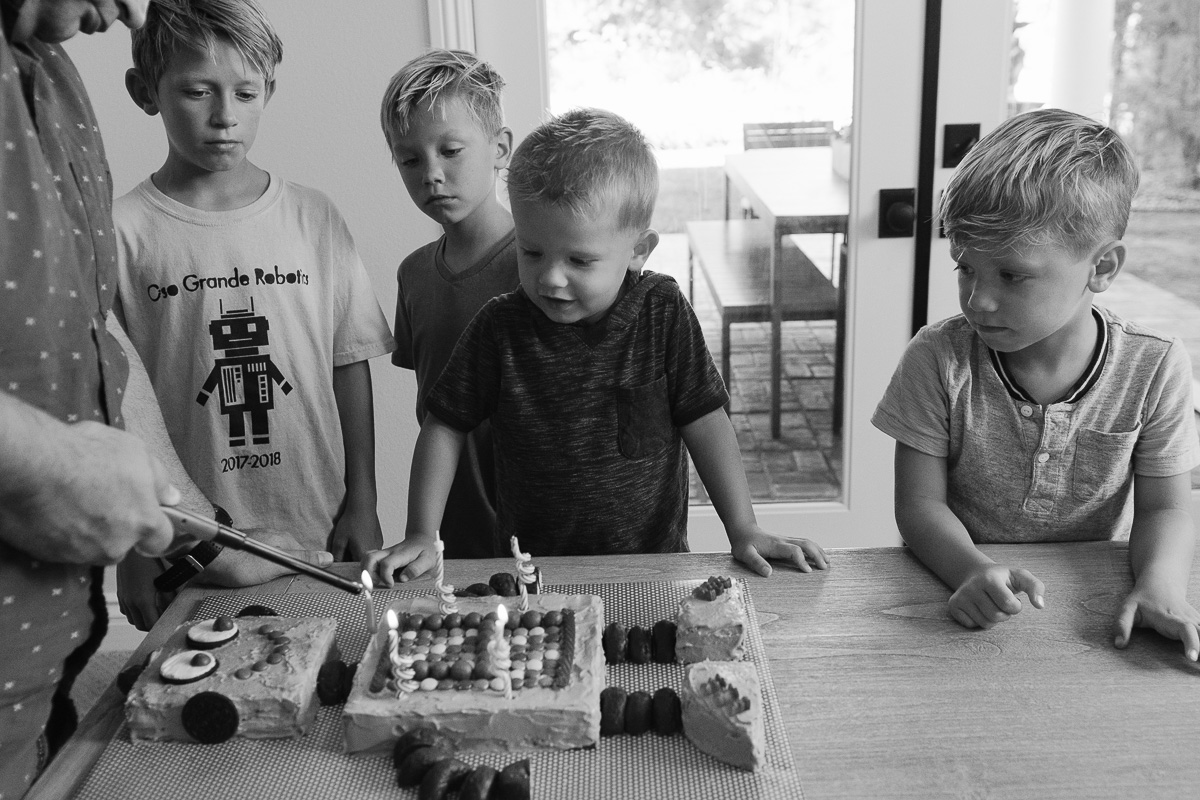 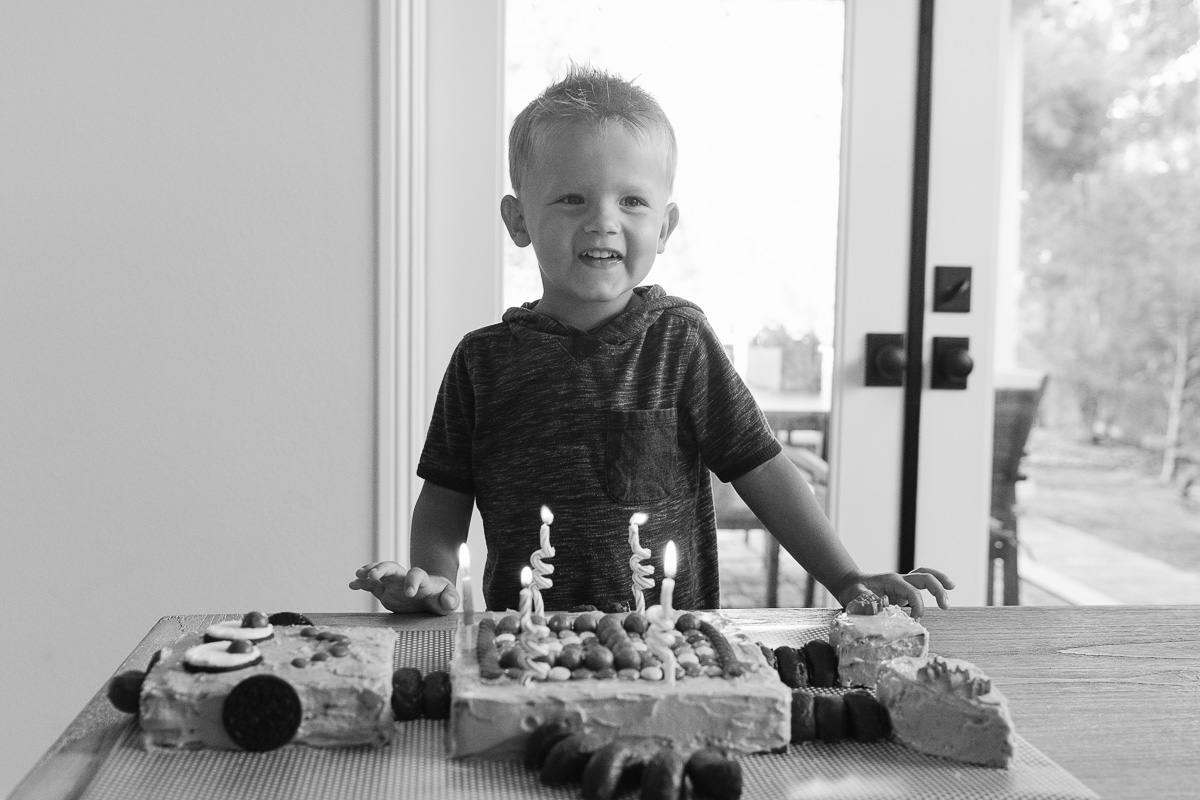 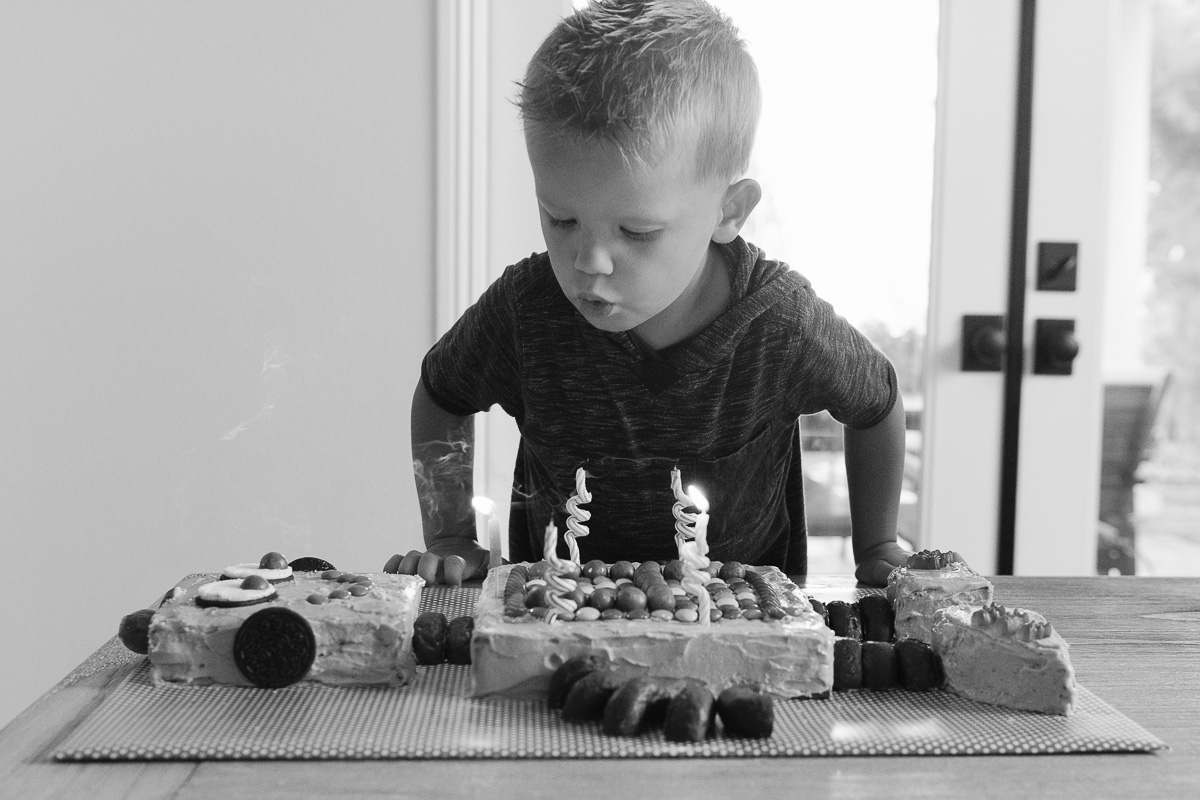 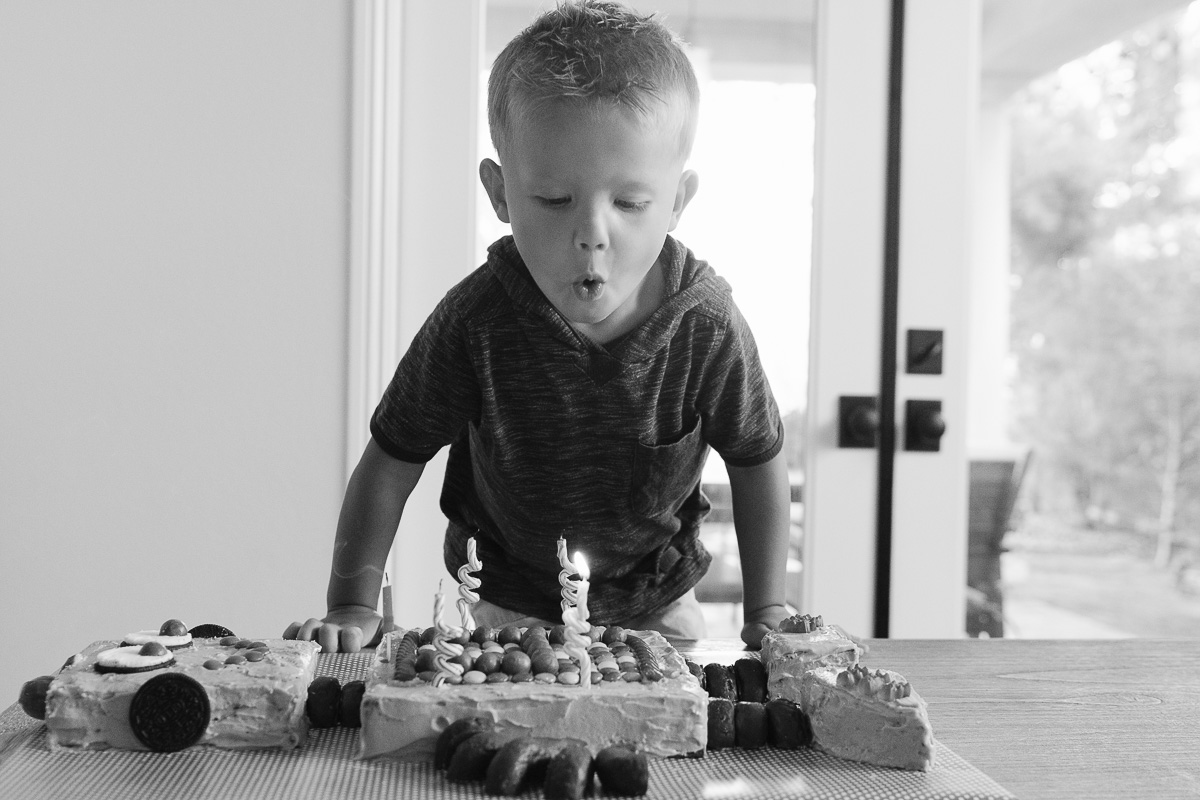 Four things I love about my four year old: